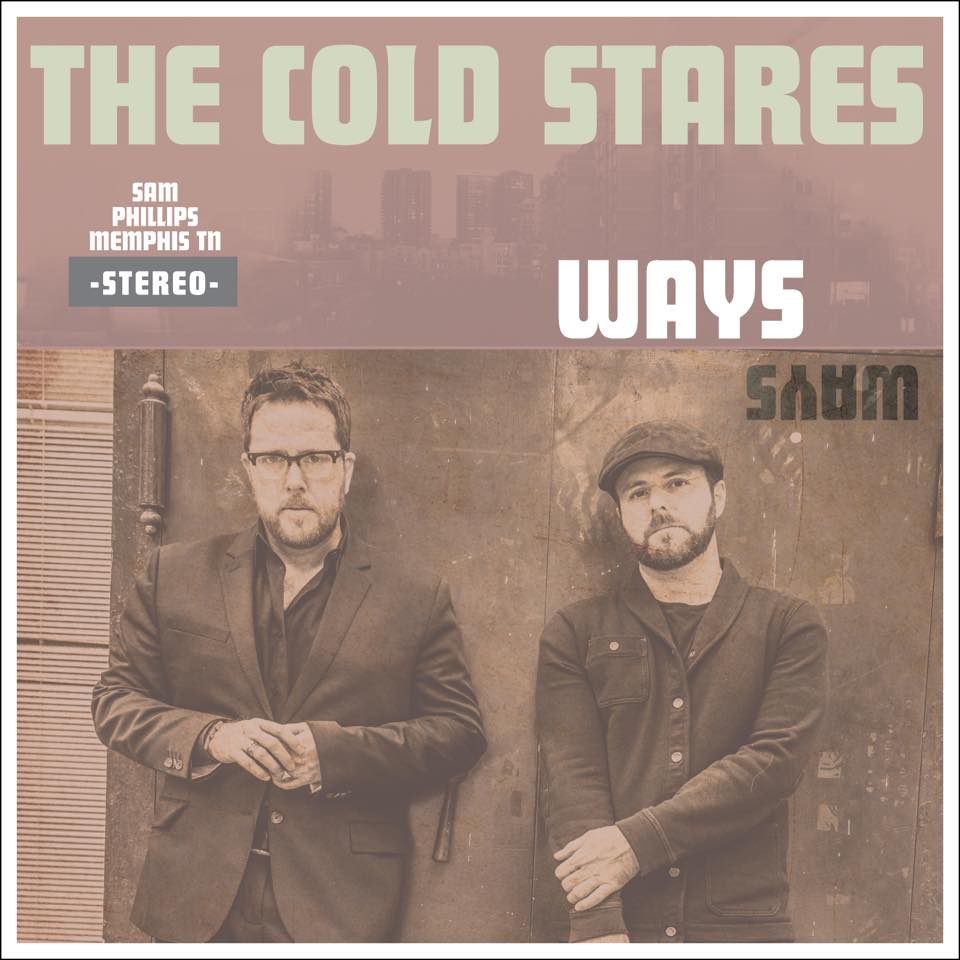 The Cold Stares first formed almost a decade ago after front man/guitarist Chris Tapp and drummer Brian Mullins served a long apprenticeship in other bands. They convened with no preconceptions about what their jamming might produce but the instant chemistry they experienced prompted the two men to form The Cold Stares. Their latest release Ways features thirteen tracks illustrative of the musical maelstrom these two musicians conjure; the wall of sound conjured by two musicians impress live attendees without fail. Mullins and Tapp boast an impressive discography, but show no signs of slowing down – Ways is the band’s most fully realized effort yet and demonstrates continued exponential songwriting growth.

Many of the tracks are between two and three minutes long; only a few exceed those limits. Tapp and Mullins are laser focused on each of these thirteen songs and the lean economy of their musical vision doesn’t accommodate the self-indulgence you hear from lesser talents. “Any Way the Wind Blows” is a fiery opener for this release. Many often remark about how the band’s live performances conjure a monumental wall of sound despite only two musicians on stage and they have a similar effect in the studio; you would never guess the band is a duo, they sound like a four or five piece working together.

The hair-raising blues rock of the first song gives way to a straight ahead rock attack with the album’s title song. Chris Tapp continues mining the rich vein of blues, however, for the song’s lyrics and he has an authoritative delivery that conceals any weaknesses he harbors as a “conventional” vocalist. “Thorns” is the first significant stylistic shift on the album but far from the last. The Cold Stares set aside the electric guitar for this track in favor of an acoustic and the songwriting has ample poetic imagery missing from the preceding cuts. Tapp gives listeners one of his best vocals ever with this performance.

“Down Again” drags listeners back to the land of pure rock fury thanks to guitar work from Tapp guaranteed to curl your hair. It has one of the best build-ups of any track included on Ways and pays off with scalding blasts of lead guitar; this should be one of the more effective live numbers emerging from this collection of songs. There are light keyboards making their presence felt and adding color to the track “Angeline” but the indisputable center of this melancholy gem is the dialogue between Tapp’s voice and guitar sustained throughout the song. It is never anything less than impressive how the duo moves between electric and acoustic textures with such sure-footed vision.

“Headstone Blues” and the finale “Might as Well Die” are thematically similar but framed in very different ways. The former is much more of an archetypal blues rock track distinguished even more by the same pervading sense of life and death stakes in a romantic relationship marking the bulk of the tracks on this release. Make no mistake about it, Chris Tapp likes writing about women – invariably the witchy variety. Despair is the predominant mood of the album’s final song “Might as Well Die” and the hushed tone of Tapp’s vocal will make you a believer in the title’s sentiment. The Cold Stares’ Ways makes a strong case for pouring old wine into new bottles as an art form and stands as the duo’s most satisfying studio outing yet.