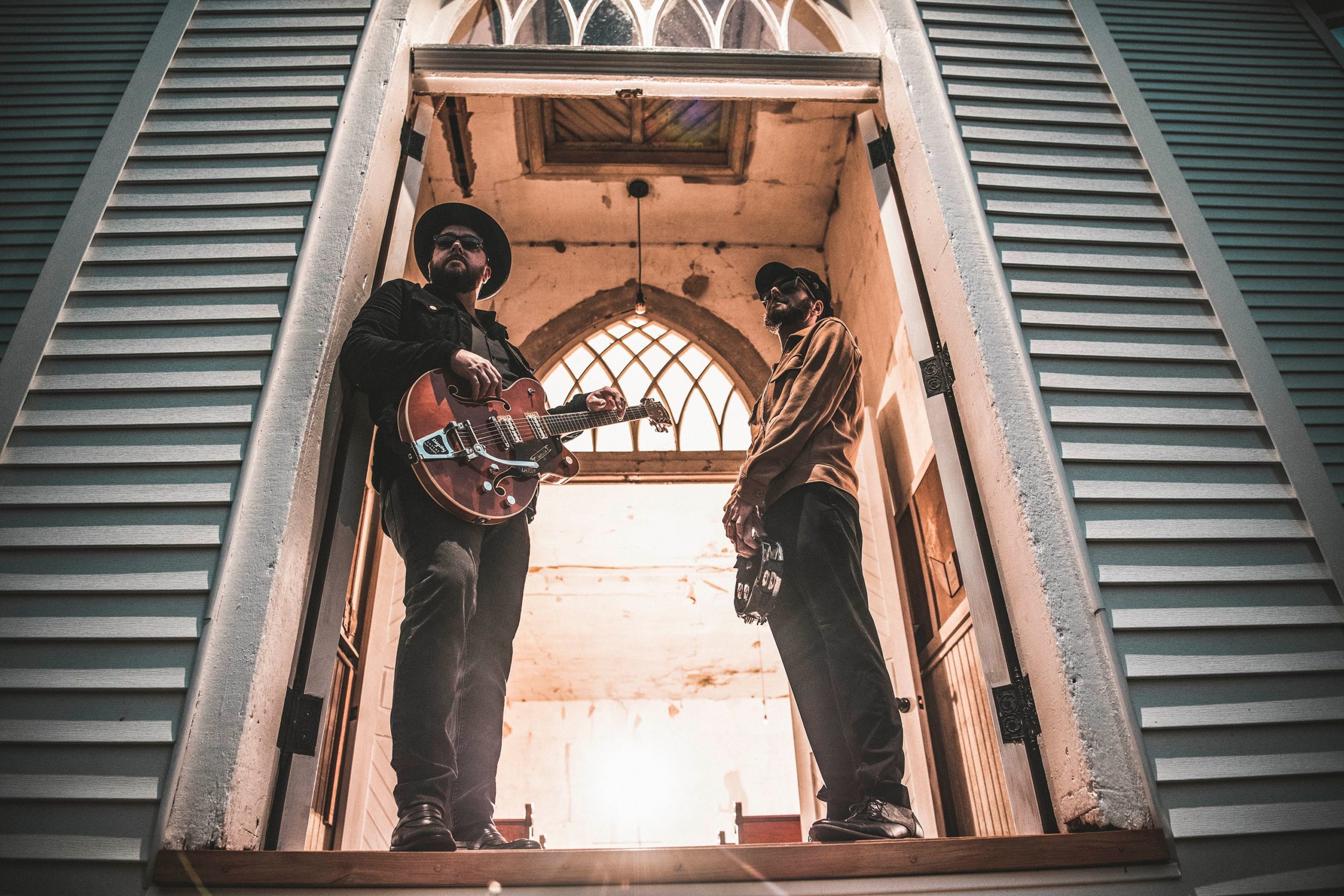 The Cold Stares come on like Armageddon. The tandem of Chris Tapp and Brian Mullins bring down the hammer with every song conjuring an aural apocalypse where the foundations of your world are cracking, your focus narrows, and your hungers can never be satisfied. Heavy Shoes has a dozen songs rating among the most emphatic musical statements yet from a pair with nine albums in eleven years under their belts and no signs of slowing down. Their indie status notwithstanding, I believe The Cold Stares are well on their way towards building one of the most durable rock discographies in recent musical history.

The title song and first track is steeped in blues, drenched in the blood and mire of extreme emotions and biblical suffering, and Tapp’s singing gives it full throttle velocity from the outset. He has an intangible gift for shaping his phrasing to the moment; there’s an ebb and flow in the emotions he invokes that holds listeners attention with each line. It gives the storytelling talents present throughout this release an extra push, as well, that sends this album to another level.

Chris Tapp’s guitar playing is exceptional. He’s fleet-fingered and well versed in the genre, without question, but flashes of his personality flood from his riffs and lead playing alike. His six string work on the opener is scintillating. My favorite riff on the release comes with the song “Hard Times”. For an old hard rock fan like myself, the central guitar phrase guiding the song is reminiscent of a handful of classic cuts without ever imitating a single one. Tapp’s singing is full of oomph and bravado but remains intensely musical throughout.

The spaces in “Strange Light” create all the atmospherics a listener needs. These moments in the song highlight Brian Mullins’ drumming as well. He lays down a propulsive beat that pushes the track along without ever hurrying its development and the interplay between Mullins’ percussion and Tapp’s guitar is particularly notable. “Save You from You” crackles with natural drama. There’s nothing fancy about this track, The Cold Stares never go in for that sort of thing, They are unabashedly themselves and won’t pretend otherwise. This song has go for broke immediacy at an even higher level than even the strong earlier songs.

The weaving guitar lines running through “Election Blues” are full of the rattlesnake fever Tapp sings about in the lyrics. Its pacing is perfect even if it adopts an arrangement template we hear with other tunes. There’s a predictable streak to what The Cold Stares do, but it doesn’t diminish its impact. You’ll enjoy hearing them getting there and they do it with style to burn. This penultimate track is among the album’s best.

I believe “Dust in My Hands” is one of the band’s finest moments. The song opens with guitar and some atmospheric wind sound effects added. The Cold Stares usually eschew such potentially self-conscious moves, but it works well here. Tapp and Mullins take on a moderate tempo for the piece but, despite that, the finale achieves a steadily mounting gravitas unlike other tracks on this release. The Cold Stares’ Heavy Shoes rests comfortably alongside the band’s best albums.