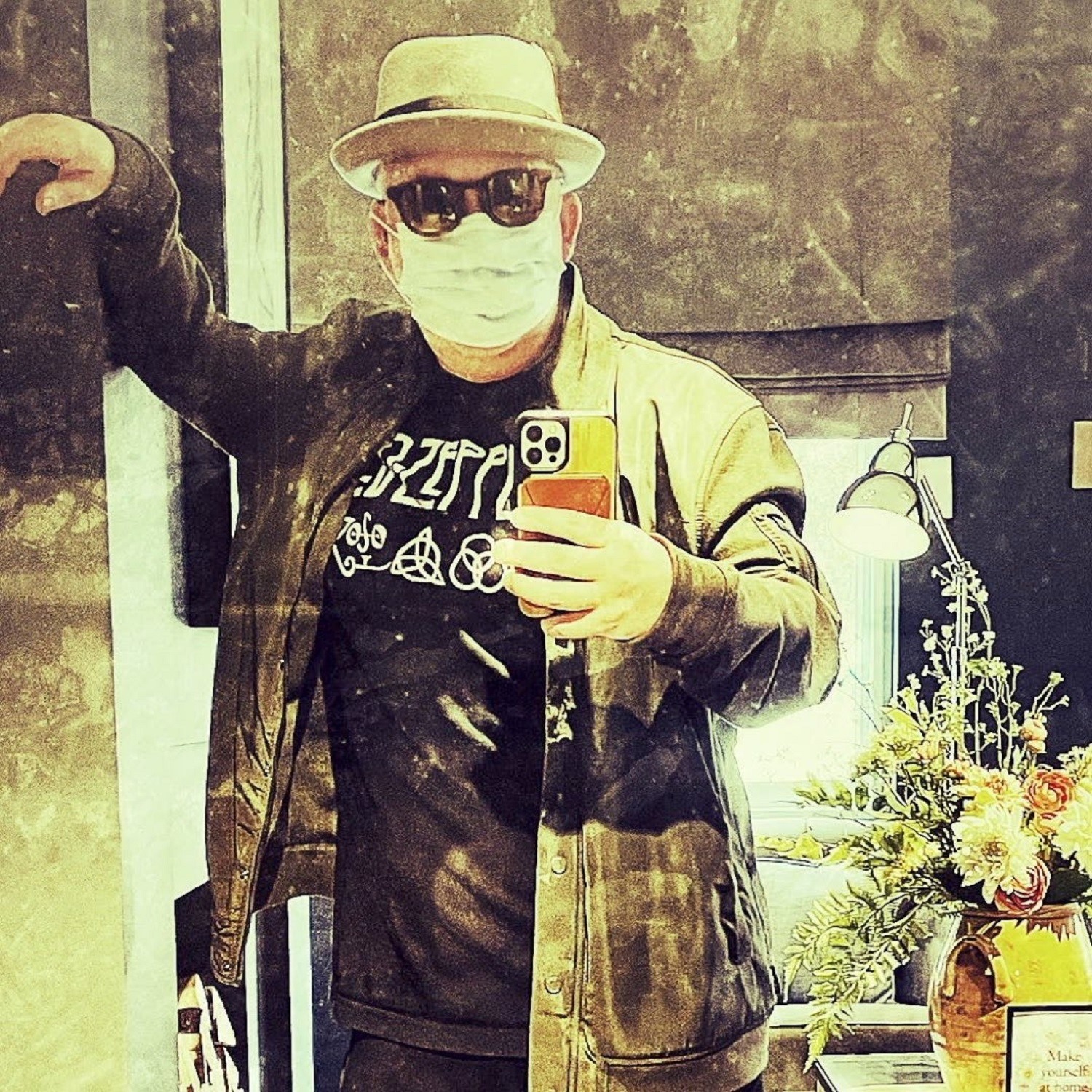 When considering that its contents are little more than stacked guitar parts, a supple bass and drum component, and a lot of vocal moxie from Tash Hagz himself, it’s rather surprising just how full and intense “The Ballad of Sanaleigh” feels from a sonic perspective. From the swell of the strings to the foundational bottom-end as it ascends into focus, specifically around 2:40 in the roughly 4:20 long song, there’s a physicality to every part of the melodic faceting here, but not so much that it feels overindulgent to the casual psychedelic fan.

Those who are a bit more invested in the genre shouldn’t fear at all; there’s plenty of brilliant excesses repurposed into a cerebral musical matter in “The Ballad of Sanaleigh,” and it’s accompanied by such a strong dose of emotionality through Tash Hagz’s lyrics that there’s no arguing whether or not this is coming from the heart and soul of the creator. Psychedelia has been making a substantial comeback more than a half-century after its initial rise to world prominence in rock and pop music, but of the indie players I’ve been following giving the genre a credible update, this man has become one of my very favorites lately.

There’s relatively no polish on the instrumental parts in this single – in fact, I would even have to say that they sound pretty gritty in spots as if they were recorded live rather than among the comforts of a proper studio. On more than a couple of occasions between the start and finish lines, Tash Hagz’s vocal feels bigger than pretty much anything else in this mix is, but it’s not because the production style is buffering the space between verse and versatile instrumentation with a lot of unnecessary fluff. He’s got a big voice as it is, and I think this is just an occasion on which he’s able to give us a more impactful performance behind the microphone than he has previously.

I’m really curious to hear what a song like “The Ballad of Sanaleigh” would sound like live, primarily because I have a feeling that it could be re-stylized and arranged a number of different ways for a concert without losing any of the organic, enamoring lusters that it has in this thoroughly well-rehearsed version.

Big, riddled with excess, and proudly sporting some of the beefiest psychedelic melodies I’ve heard from an artist on either end of the pop spectrum this autumn season, I think that Tash Hagz’s new single is probably the best one he’s put out contemporarily. He’s managed to work a lot of progressive influences into his sound whilst rejecting the nonsensical theatrics that have always kept me from really getting into the more conceptual bands and solo artists in rock n’ roll, and if he’s able to get “The Ballad of Sanaleigh” to a wider audience beyond that of college radio, I think Tash Hagz is going to be in for a lot more exposure and critical support from around the underground and beyond.