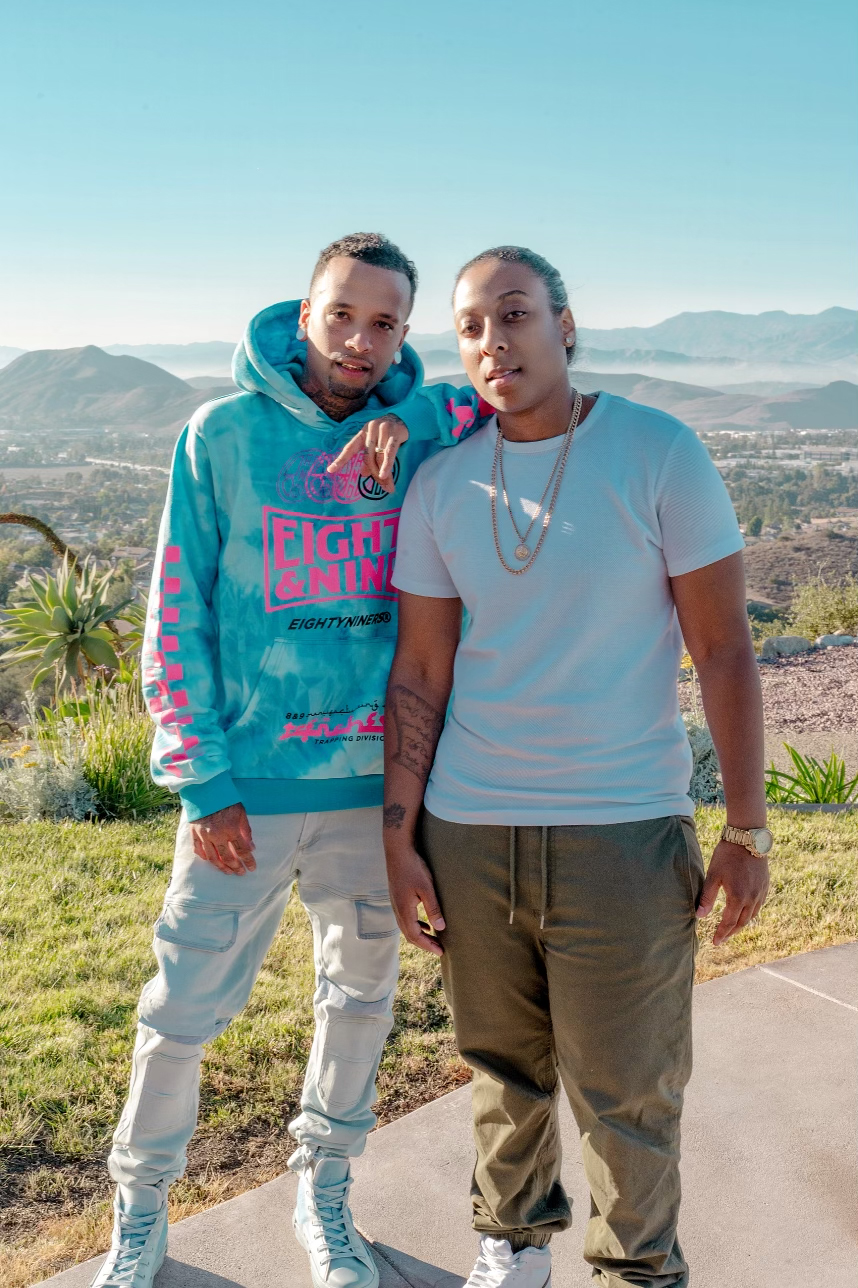 Military veterans Tha Rift and Kash Young team up for a “splashy” joint single “Fiji Water” set to release on all platforms Sept 17th! Tha Rift hailing from Cleveland OH, but gaining his start and traction from Minneapolis, moved to Los Angeles and recently headlined his first show at Catch One LA. Kash hailing from New York also landed herself in LA to pursue music as well as acting and finds herself saucing up a “drippy” track with 10 year friend Rift. The two combat PTSD and mental health from their service in the military some years ago. So they aim to spread mental health awareness through their music and creative content by uplifting those around them. Rift and Kash have been making noise and making rounds in LA networking and collaborating with non-profits with events to also help spread positive messages and mental health awareness. They anticipate the release of their new music video for “Fiji Water” early October, directed by No Face Films.

Let’s take a little peek into Rift’s background. Rift was once signed with Rostrum Records as part of a rap trio, but now is fully independent and steady going strong. He has stepped out of the rap world into multiple genres of music and has songs rumored for pending release with Kevin Lyttle, Meek Mill, King Chip and more! Rift is currently working on 2 Eps with several super producers including his close friend Angelo Bombay who also has producer credits with Max B and French Montana. No set release date for the albums, but we can expect them sometime this year!

Over the years Kash has worked with many verified blue check artist on features as well as co-writing songs and designing apparel that were premiered on numerous media outlets.

Kash  infuses creative word play influenced by her Brooklyn roots with melodic vocals and crisp flow. She is no stranger to hard work and persistence. As said by Hype magazine curator Yaniasy Morales “She can easily be added to your bae’s favorite playlist”.  Kash’s single “Do It All”  captivated her audience with smooth tones and a laid back vibe. Gearing up for the upcoming release of her new EP “Half Past 7”, Kash Young continues to work vigorously to establish herself as a rising star.

“Fiji Water” before it drops!