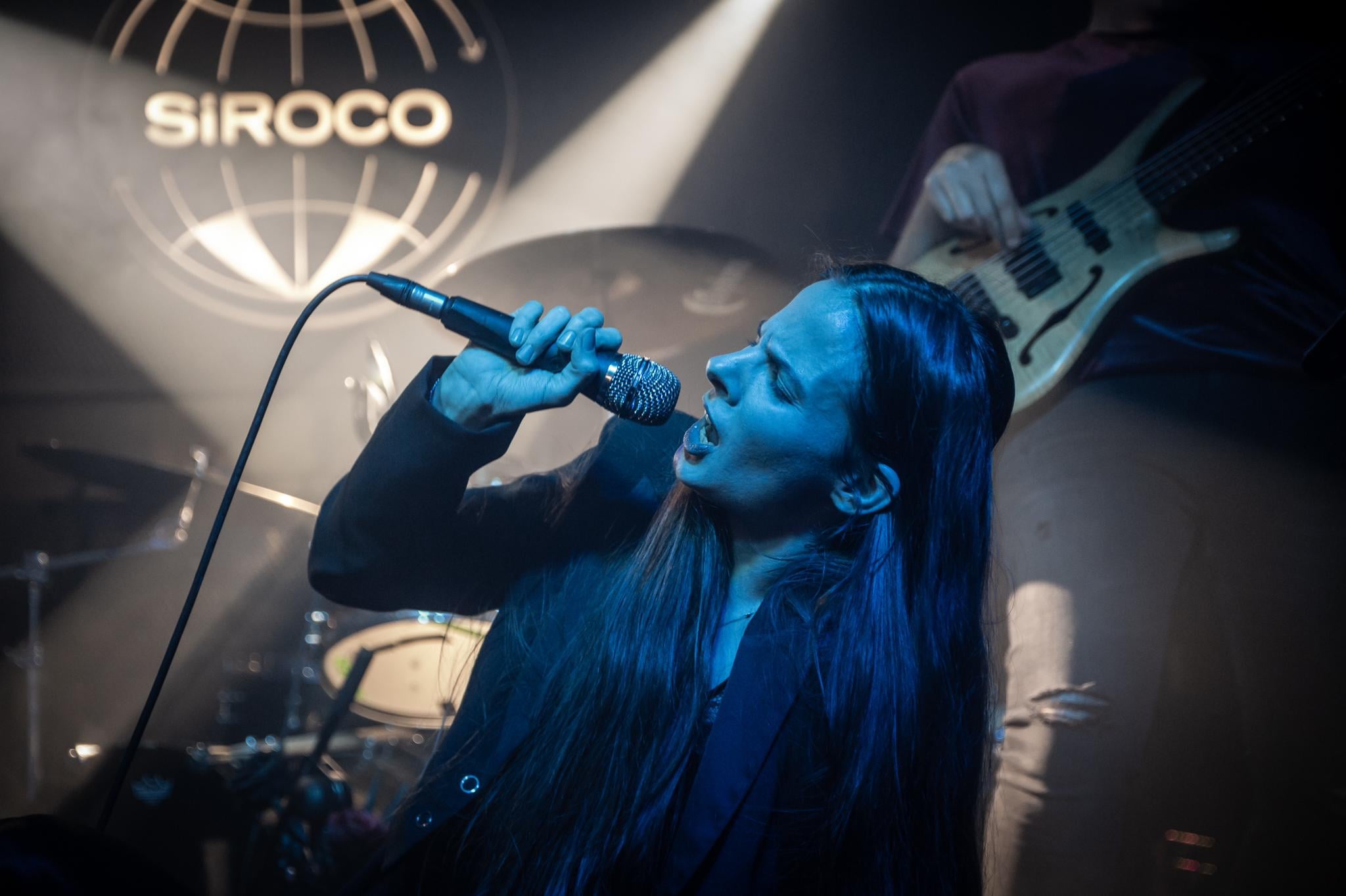 Rock music has been through a lot of drastic stylistic changes and evolutions in the last decade alone, and while a lot of acts have become content to try and dig up elements of the past that brought success to the genre’s legendary forerunners, others like Spain’s Terrorists of Romance, are looking forward with a bold intuition. Led by Vanessa Salvi, Terrorists of Romance is a musical project conceived the intention of breathing life into a dying alternative rock sound, and though the act’s new single “Always Choose Wrong” owes a lot to old school beats, it’s a song that isn’t restrained by limitations of archaic genre parameters.

“Always Choose Wrong,” like most of the songs on the album After You Left, is one of the more melodic heavy rock tunes I’ve heard in a while, but it isn’t so in love with the heavenly harmonies of singer Vanessa Salvi that it leaves out some good ol’ fashioned riff-rock rebellion. The gruff external plunge of the drums and guitar parts is countered by a soft textured vocal from Salvi, who is perhaps the perfect yin to the crushing yang that the backdrop is creating in every possible instance.

I get the feeling that this song was meant to be played live. Though I wouldn’t say that the track feels conservative compared to what it could possibly sound like in front of a packed concert hall, there’s definitely an untapped athleticism in the riffing that might become a little more beastly if given the room to spread out. I’ll have to find out for myself at some point, and if we’re lucky, Salvi won’t reserve Terrorists of Romance’s live performance to the European circuit alone (after all, America hasn’t had a lot of great rock music to praise in the last few years).

This isn’t the most poetic song on After You Left, but the lyrics in “Always Choose Wrong” feel personal and not as though they were spit out in a last-ditch effort to capture the sort of emotionality that just can’t be manufactured inside of a major label’s marketing department. You can tell that Salvi has a lot invested in her music, and I’m not referring to finances alone – there’s heart here, and it transcends what I would normally here in a standard rock song from a band just trying to get their name out there on the international level.

Try as you might, I don’t believe you’re going to find another rock song quite like the one that Terrorists of Romance has just cut in “Always Choose Wrong” anywhere in the underground this February. Vanessa Salvi isn’t a household name yet, but if there’s as much of a punch in her future output as there is in her virgin release as ToR, there’s a high likelihood that she’ll be enjoying the privileges of fame alongside some of the biggest names in rock before the decade has expired. She’s made a fan out of me, and with more exposure in Spain and across the water in America, I won’t be the only one.