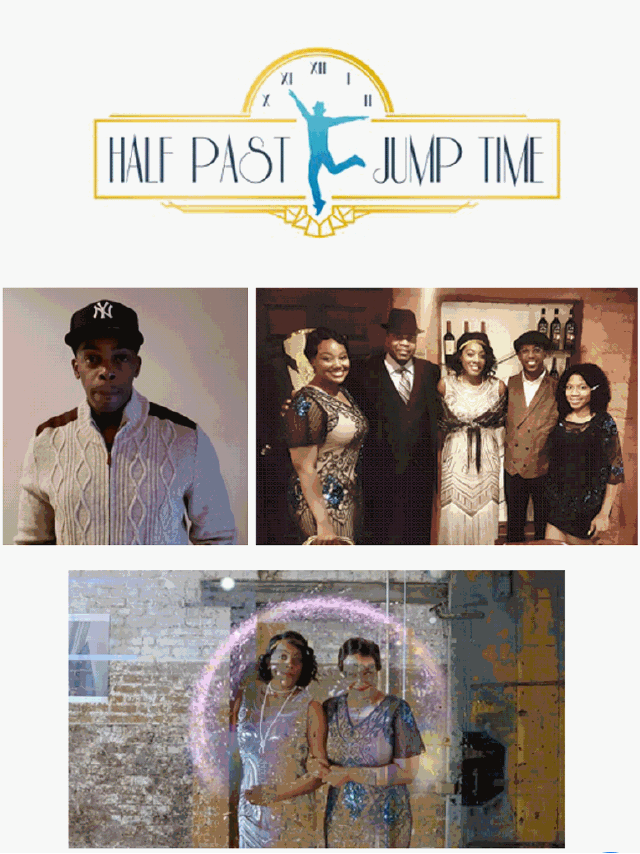 Radio Host Markivus Nious is the host of “Deeper Than Music Radio.” The show’s platform is a talk radio program offering insight into the story behind artists and personalities and what inspires them as artists. Guests featured include international recording artists, songwriters, producers, filmmakers and actors.

Terrence Patterson is not only the President & CEO at Paragon Multimedia LLC, he is also a grandson filled with vivid memories of stories and experience that painted an unforgettable picture by his beloved grandmother.

As a creator of content for digital, theatrical and indie film platforms, Terrence has been allowing audiences to share a glimpse into a time mixed with incredible imagination and talent with his web series, “Half Past Jump Time” (https://www.halfpastjumptime.com ).This dramatic web series is part urban, sci-fi adventure as well as a dance/ entertainment spectacle.

Created by Terrence Patterson based on conversations with his grandmother who lived during the 1920s, he recounts when he would visit her in Jacksonville, they would talk until well past midnight about how she met his grandfather and life as a woman and being black.

“Her stories were always fascinating and showcased a point in history where African Americans were celebrated for their contributions to American history.”

By the time that Terrence became an adult, that focus and spotlighting of the African American existence was gone. His brilliance successfully comes to life on the screen by combining sci-fi, the Harlem Renaissance experience and juxtapose that against the life of young African Americans in present-day New York—simply irresistible!

“The present day rights that are enjoyed today were created through the persistence and sacrifice of some amazing people who lived long ago.”

HPJT spotlights a1920s Harlem Renaissance-era club owner and time traveler on the verge of losing everything she owns to a powerful politician, has to convince a relative, 100 years in the future, to give up her life in present day New York and come to 1920s Harlem through a time portal.

A major component of the show will be showcasing the social issues of each time period, revolving around the African American experience. Current events of each time period will play heavily in the series storylines. The characters of HPJT are from two different worlds, and yet their lives contain certain similarities that make for great stories.

Learning from the past is always a good idea, but what if you had the opportunity to go back to 1920s Harlem to live in an incredible time in American history?

“Half Past Jump Time” will give you a front row seat.

Listen to Terrence Patterson on the “Deeper Than Music” Radio Show with Host Markivus Nious here: