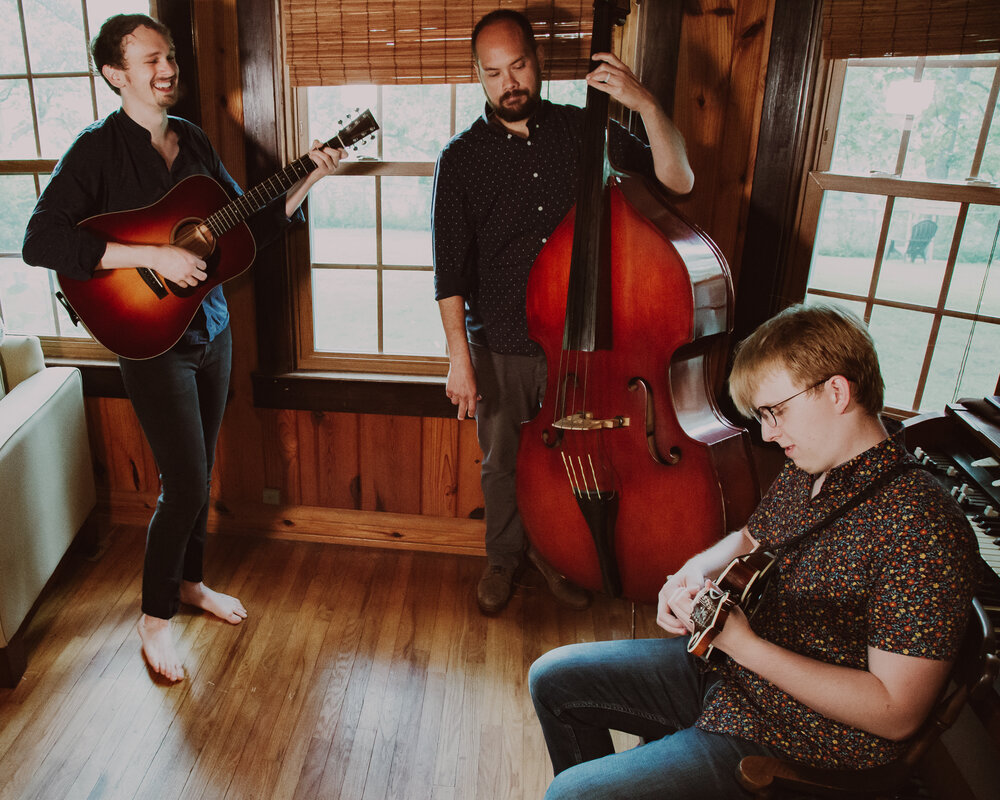 Tennessee’s Circus No. 9 is obviously steeped up to their eyeballs in bluegrass. They employ the genre’s traditional instruments such as the mandolin, banjo, acoustic guitar, fiddle, and mandola, but the limited sonic toolbox isn’t any kind of impediment to artistic success. Working with these few instruments actually seems to embolden them as they take the style in surprising directions while always being able to bring it back to square one by the song’s end. There’s no mistaking that Circus No. 9’s self-titled album lives and dies by bluegrass, but there’s plenty of room within their wheelhouse for other voices.

Opening with an instrumental is a bold move. “To the Lighthouse” isn’t a straightforward plunge into bluegrass but, instead, an atmospheric piece with dynamics of the sort you are more apt to find in dramatic rock tracks. The orchestration of the song allows for numerous payoffs for listeners without ever sounding completely out of place on what’s billed as a bluegrass release. Circus No. 9 achieves a vocal quality, as well, through the use of melody that contributes to the instrumental’s overall sparkle.

Yet they tackle tradition with every bit the same amount of skill. “The Place That I Call Home” is rife with the sort of language one expects to find in bluegrass, but it doesn’t sound stilted or forced. Each of the band’s four players achieves a seamless weaving of their instrumental voices and cede ground in the arrangement when necessary. The upbeat pace gives this song a confident sweep that listeners will enjoy. “Steampipe Coffee” ranks among the album’s highlights. This steadily escalating tune is a further illustration of how adept Circus No. 9 is in taking the traditional tools of the bluegrass form and employing them in startling new ways. There are lulls and peaks built into this cut that will hook even the most cynical listeners.

“Forever More” solidifies the band’s Americana/alt-rock/pop for listeners without ever disconnecting from their roots. The abiding sound of bluegrass peeks through during the song without ever drawing or suffering from comparisons with the decidedly more modern song structure. Atmospheric touches are a big part of what fuels the success of these songs, and few embody that better than this one. They surprise listeners, especially first-timers, once again with the song “Kind of Cool”. Circus No. 9 rides its bluegrass instruments into distinctly jazzier territory with this track and it’s far from a mere novelty.

“West Point, IA” follows much of the same template as earlier tracks. It moves from a hushed soundscape into muted, pensive instrumental interplay. The tempo shifts during this instrumental and the performance eventually lights out for new lands, but Circus No. 9 does an excellent job of creating an unified and unbroken mood for the piece. The band closes their self-titled album with “Scaffold Song” and their folkie roots are prominent on this one. Its influences are Celtic through and through, but it’s a vital experience in the here and now rather than a retro curio piece. It’s a spot-on description of what they accomplish on this album overall – a vital modern experience conveyed with traditional instruments and approaches. Few such releases in 2022 are more fulfilling.