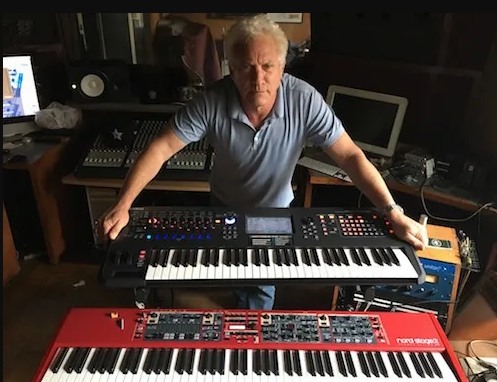 It’s not impossible, singer Teddy Wender projects in the song “Peace Will Come”. Filled with hope and sending an inspiring message via song, Wender’s new song is the first to come from his upcoming album, Theo. A veteran musician and former record executive, Wender is the right guy to deliver this loving message in a time of great chaos and uncertainty. He’s sounds safe and he gives the listener space to relax and stay for a while. Woven into the thread of the song’s music video are real-time videos of New York during the global pandemic. Beneath the masks, smiles still exist. There is hope.

The majesty of the electric piano is a wave of fresh air. It’s so clear and precise in its movement. Wender sings with sobering charity. He’s worried. You can hear it in his voice. He’s worried about the current state of affairs. Within his voice is a sense of exhaustion – he’s tired of the division and the hate. Still, there’s remnants of hope that are elevated by the churning melodies inside the electric keys. I think the music bed has a real zest to it, a bounce.

The keyboard gracefully dances around his manly voice. He has a nice baritone and it has makings of an East Coaster/Long Islander that has seen it all. He sings with the same every-man, awe-shucks attitude you might hear in Randy Newman’s work. I loved that about Wender’s voice. He’s very endearing.

The “Peace Will Come” music video is quite lovely. I liked how the scenes are of everyday life and how New Yorkers are adjusting to Covid-19. The people in the scenes hold up posters with the song lyrics written on them. It’s a nice accent to the already very kind and loving song. The video more than captures the wonderment and the strength of the human spirit. It also further justifies the sentiment that we’re all in this together.

“Peace Will Come” is written by Wender and his life-long buddy, Neil Rosengarden, and it is co-produced by Chris “The Fourz” Brown. Wender founded the band 3-D (Polydor Records), a band that played the infamous Saturday Night Live music stage. He’s toured with U2, The Ramones, The Cars, The J. Geils Band and more. Wender has played keyboards for Ric Derringer, Albert King, Dr. John, Odetta, Johnny Winter and more. Behind the scenes, he designed, owned and operated Data Bank, Big Noise and Protown Studios. His current band is Long Island’s Red White & Blues Band. Judging by “Peace Will Come” I have a feeling that Wender’s next Theo release, “Just Like A Soul Train” will have a lot of heart, soul and some serious keyboards.

“Peace Will Come” comes at the right time in musical history. I think we’re yearning for music that we have a comfort in, we have a deep appreciation for a song that has such strong Sixties keyboard flavorings. If you’re a fan of pop rock, Americana, folk or even find yourself wandering into a smokey night club and hearing just a guy and his piano, then “Peace Will Come” will touch your heart.