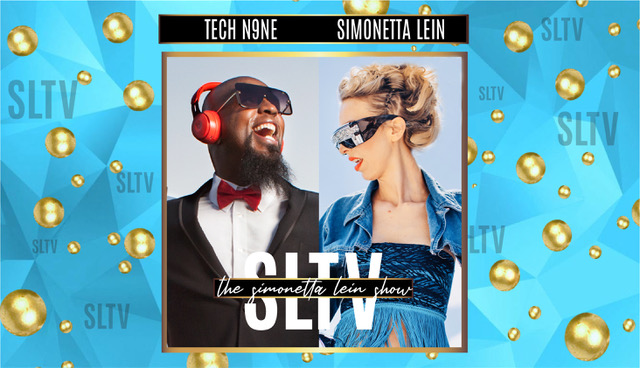 Tech N9ne Guests On The Simonetta Lein Show On SLTV

As The Simonetta Lein Show debuts its 4th season, the show welcomes one of the most insanely influential and impactful legacies in hip-hop history, Tech N9ne. Tech has consistently accomplished the impossible from outside the system. Having worked with the hip-hop industry’s biggest legends from Eminem, Lil Wayne, Kendrick Lamar, to Tupac, he’s resisted every trend, overturned all expectations, and not only built a culture but an entire world, as the co-founder of Strange Music record label. There’s only one way to describe the rapper who just celebrated his 50th birthday with wilder shows than ever and crazier flows than ever—and it’s the title of his 22nd full-length album, ASIN9NE. Tech joined The Simonetta Lein Show to discuss the birth of hip-hop, starting the largest independent record label, gaining power in the music industry as an artist, and working alongside the legends of hip-hop! You won’t want to miss out on this segment.