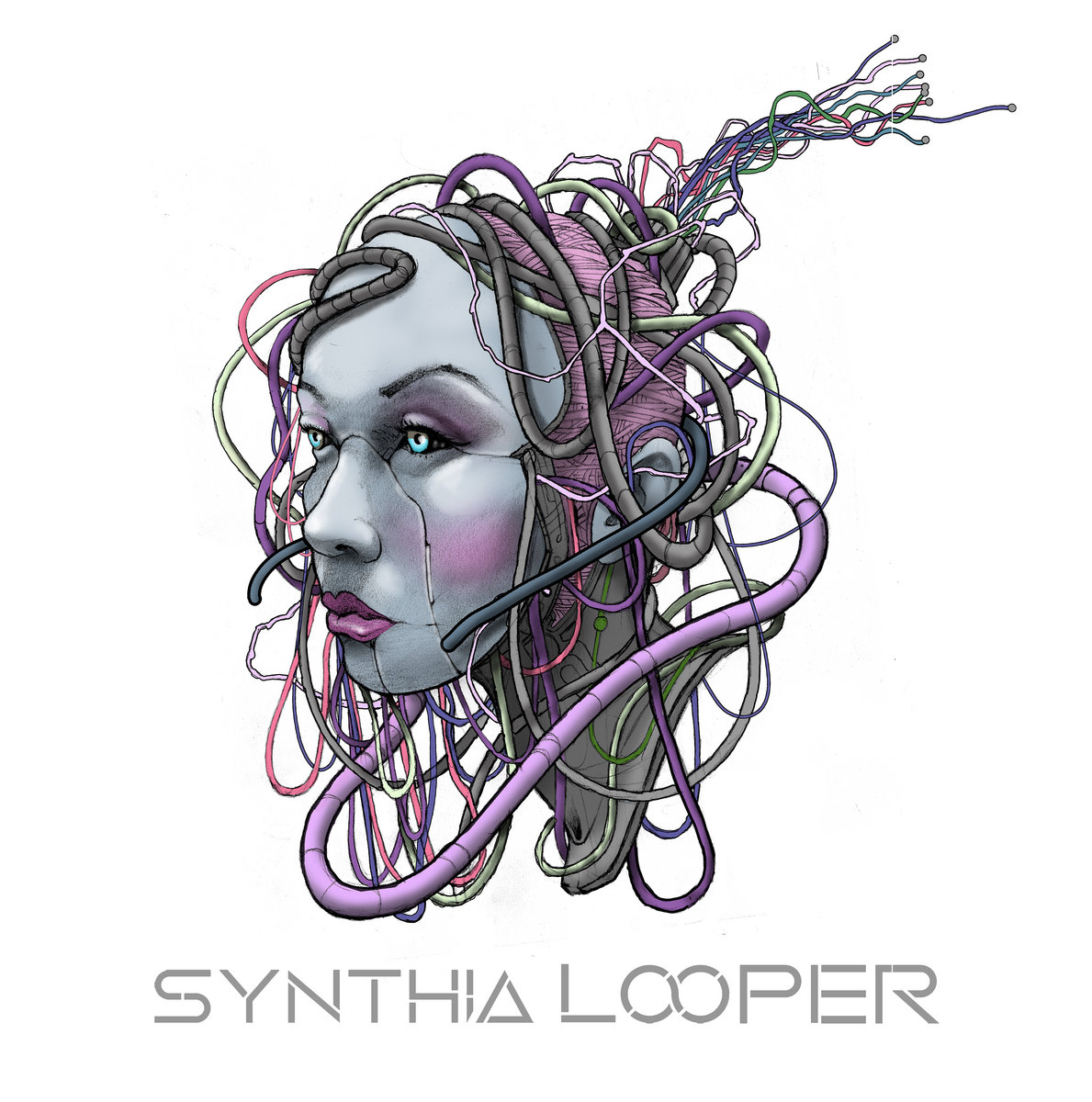 I’ve always loved alter-egos or highly hyperbolic concepts when it comes to music. Whether it be the many personas David Bowie took on or an album like Sgt. Pepper’s Lonely Hearts Club Band which is based on a fictitious band from a real band. Meet Synthia Looper who according to the artist was “Conceptualized out of a deep love of sci-fi, fantasy, cosplay, feminism and social justice.”

The vibe on Synthia Looper EP is a bit cyberpunk and often felt somewhere between Grimes and Bjork to me. I immediately was attracted to the visuals and was hoping the music itself would connect the dots.

The opener “Sentient” does create some imagery in your head between the filtered guitars, electronic beats and overall metallic feel. In my mind’s eye I was getting a feeling like I was in the not too distant future and of course a little more cyber punk infused. Neon lights, a dark city and cybernetics. The vocals are fairly varied. There are points where it sounds quite robotic that melds perfectly with the song and then during the chorus the vocalist belts it out. There’s also some fantastic guitar work towards the end of the song where everything seems to meld together into this ever changing ball of sound that morphs and evolves.

“Brilliant Minds” is a very catchy tune and simultaneously playful, fun and dark. The song starts with fuzzy synths, a slick beat and very catchy vocals. It’s as if the song submerges on the bridge as a subterranean synth emerges from the fog. I loved this transition and it even got better. It sounds like it could be a harp on the quick breakdown which leads to the lush and melancholy glow of the chorus. I thought the lyrics were interpretative and poetic which is just how I like it. One of my favorite lines was “But we all know who wins / as disparities rise /God forbid those who help / they should all be chastised / Brilliant Minds.” Right around the two-minute-and-forty-five-second mark there’s this really cool build with unique textures and tones which leads to the outro.

“The Ascent” is a high point. The groove here is wicked. It’s a beat that contains an assortment of ear candy. I thought the synths sounded really cool and there were a lot of them which seemed to be changing quite often. You can also make a case for this being the catchiest song on the EP at least in terms of the vocals. All that being said, the transition around the three-minute mark takes you into a different space. There are these more cerebral sounding elements and the vocals sound incredible. The ending was quite beautiful which I thought was a smart way to close the EP.

This EP felt like an appetizer but I have got to say this feels like the start of a very special project. I think the artist nailed the tone. It doesn’t come off as silly or taking itself too seriously. It felt accessible and I am happy to follow whatever adventures Synthia Looper takes in the future.