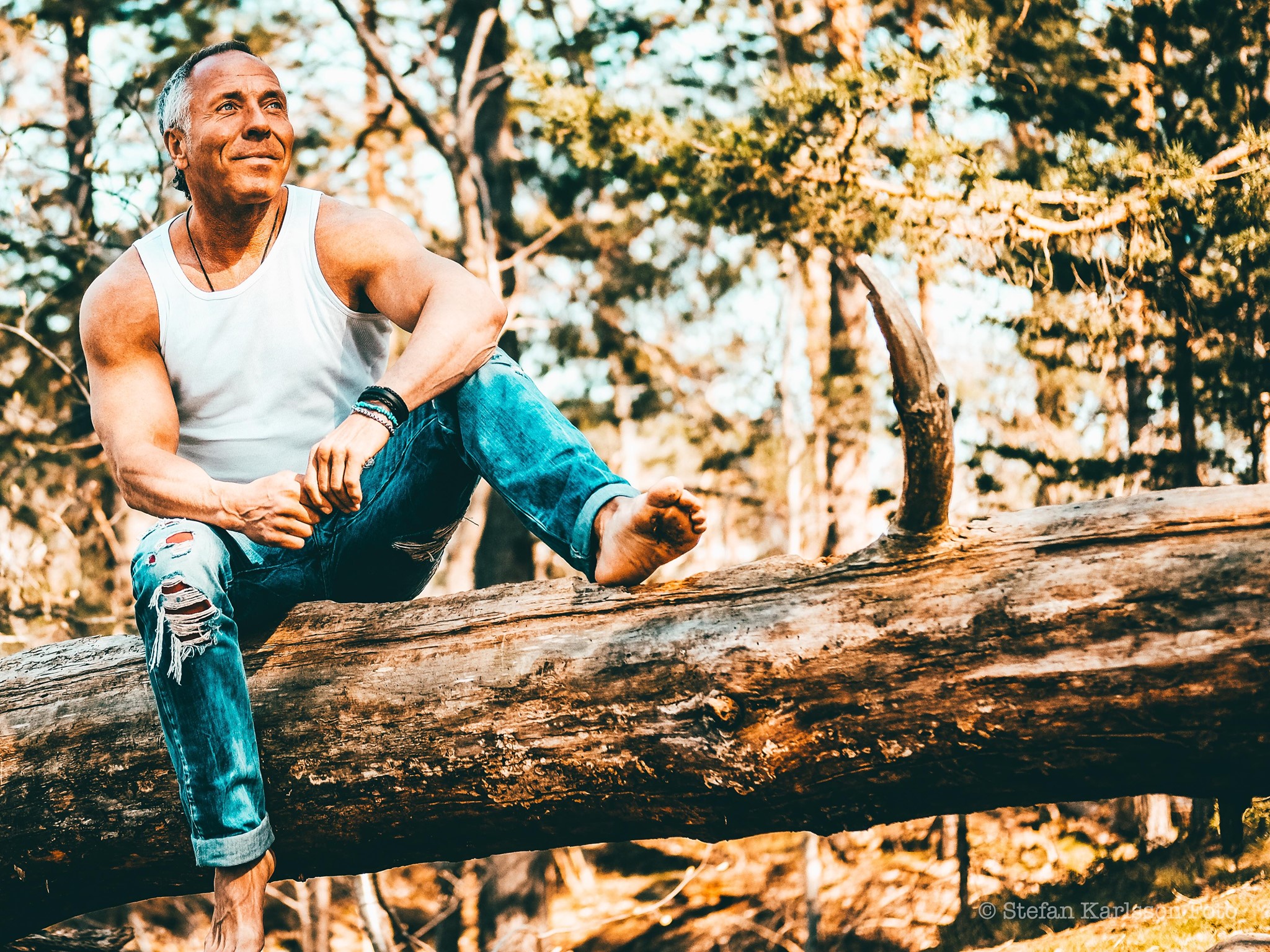 Swedish singer/songwriter Miqael Persson has experienced improbable yet fulsome success as a country artist in his home country. Several of his singles, under the name Hicks, are Gold and Platinum selling efforts and he has a strong presence on streaming services such as Spotify. He’s written songs, as Hicks, for several important artists such as Toto’s Bobby Kimball, Little River Band, and Giant, among others. He’s snatched some impressive awards along the way, as well, such as Europe’s Best Country Artist at the British CMAs.

It isn’t enough for him, however. He recently decided it is time to retire the Hicks persona and, in its place, Persson has adopted the new moniker miQa.el. The single “Walking Medicine” marks his “debut” and it is nothing less than a new direction for this talented songwriter. He isn’t abandoning the gifts that “brought him to the dance” but the new point of view evidenced by the single “Walking Medicine” is fresh magic from an artist with an apparently inexhaustible supply of musical sorcery.

He is a master of constructing compelling musical pieces. “Walking Medicine” begins in the right way with acoustic guitar, miQa.el’s voice, and scattered percussion punctuating the tune. His voice is more than adequate for carrying the song, but the backing singers entering the frame shortly after its beginning add a great deal. He chose superb voices to complement his own and they do so without ever deflecting listeners’ attention away from the lead vocalist.

His guitar playing isn’t virtuosic but doesn’t need to be. Instead, it needs to serve as a vehicle for conveying melody and counterpointing miQa.el’s voice. It does so marvelously. The production, as well, never overworks the vocals – the backing singers and miQa.el’s voice meshes as if they had been searching for this song all their lives. The singing, for me, is unquestionably one of the song’s peak accomplishments.

The aforementioned construction shines brightest in the transitions from the verses into the refrain. miQa.el’s arrangement does stumble once and the accompanying guitar playing seems to be what everything else keys off for the performance to work. There are a small number of electronic effects added to the song, but they serve an atmospheric purpose and nothing more. It isn’t gimmicky at all, however.

“Walking Medicine” has unusual lyrical acumen. It adopts the same approach as the music – there isn’t any fat on miQa.el’s lines and they do not sound like he’s rewritten the lines a thousand times before arriving at writing he liked. Much of the song’s core attributes possess spontaneous energy as if he’s inspired and nailing the vocal and lyric writing on a first take. It isn’t so, of course, but the ability to even conjure this illusion is another feather in his cap and enhances the song a great deal. It’s making an already great little number into something transformative. We need more songs that transform rather than amuse and miQa.el is a near perfect person for filling such a tall order. I believe he’ll keep doing so for decades to come.