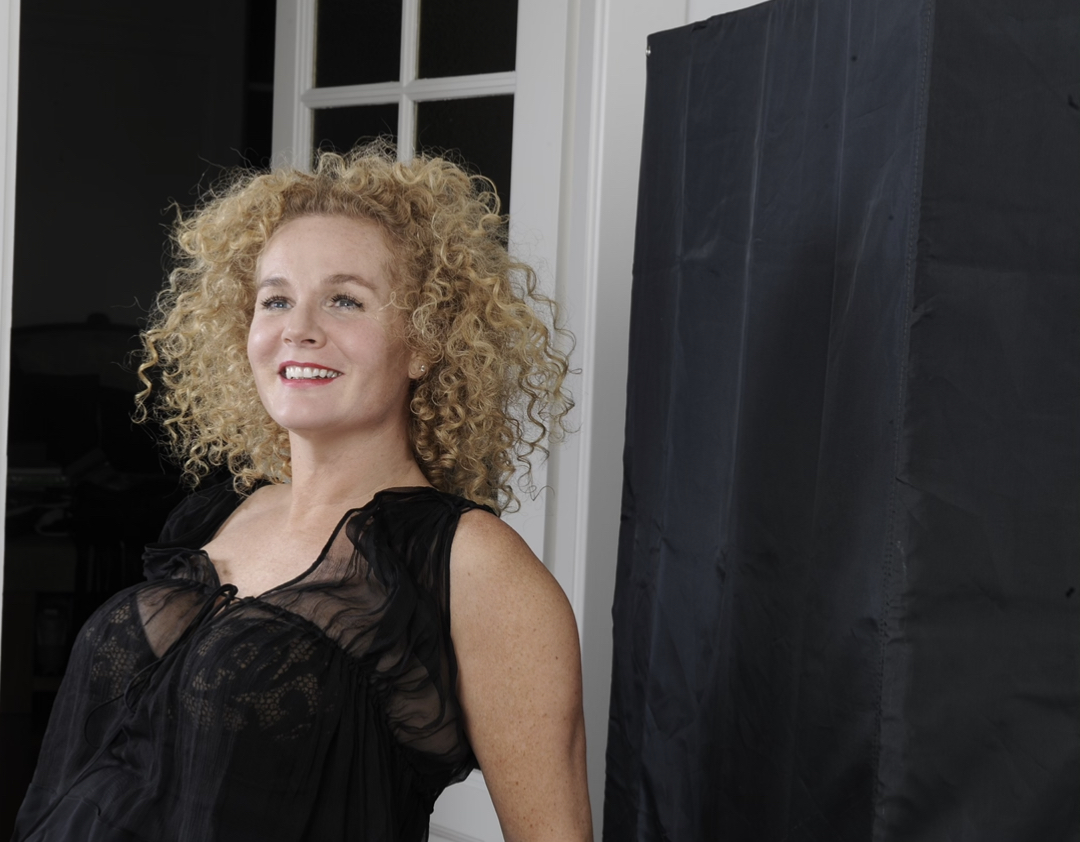 Supporting Others Through Creative Arts

Syran’s play “Breaking the Silence,” which addresses important issues such as domestic violence and sex trafficking, has been nominated for Best Play at the London Summit. And her self-penned song “Intimacy” has been featured as the anthem of International Women’s Day by the United Nations U.K. More recently, Syran has produced and played the leading role in “Ellida,” a movie based on “The Lady from the Sea,” a famous 1888 play by the revolutionary Norwegian playwright Henrik Ibsen.

Rhonda Swan: I’m so enamored by the magical wonderful woman that you are — a producer and a lyricist. How did you get started?

Katrina Syran: Honestly, if I don’t express myself, I feel sad. So from the age of five, I wanted to become an actress. And my parents were like, okay, whatever. Eventually, I ended up trying for the Norwegian Theatre School, which only takes in six people every year. And I wasn’t successful. So I tried my luck in London, and I managed to get into five drama schools. So I went to RADA. And then I went to the Guildhall School of Music and Drama. And I had an amazing education because there you have the best teachers in the whole world.

I ended up getting a lead part in the West End straight after drama school. The company that employed me was a feminist company. They only put on plays where a woman plays the leading role. In plays, the lead is usually played by a man. So that was also showing me my path in life of supporting women and being an activist for women.

Rhonda Swan: What were some of the challenges that you came across being in that male-dominated space? Tell me about your journey.

Katrina Syran: It’s still hard for women to break through in the industry. I worked in the West End and around different places for six years. And then I started a family. So I have four children. And then instead of just waiting for an agent to set up auditions, I started producing myself and directing. Basically, creating my own work.

I have one daughter and three boys, and I think what helped is that I have a very supportive husband. Nevertheless, I also pushed myself. Being an actress, you get stage fright. But I knew that if I didn’t go out there then I would never dare to return. At the time, I was also singing in different groups. And then Paul Sutin, who works with Phil Collins and the Jackson brothers, heard my music — I was writing my own music at the time. And he introduced me to a producer who worked with Kylie Minogue. And that’s how my pop career took off.

Rhonda Swan: You are about to release a new album entitled “Inappropriate Now.” I love that edge. And it’s so fitting considering the work you do in the area of women’s activism. But why the name?

Katrina Syran: I have one music video, where I have three male dancers dancing around me. There’re usually women dancing around men. So I have these amazing half-naked dancers and I look amazing in red silk. So, of course, some of the moms who had seen this video told my boys, “Your mum is super inappropriate.” So I thought, okay, thank you. My album will be called “Inappropriate”.

Rhonda Swan: It seems so silly but it’s actually a real thing. Even at our ages, why do you think women are so hard on each other?

Katrina Syran: I think there’s a lot of competition. It’s sisterhood but you can’t be better than me. And it’s a shame because I wish we stood together more like the men. Women can be quite nasty in the sense of talking behind each other’s backs. Yeah, I think we need a bit more of that male attitude. Let’s stand together and support each other because women are wonderful.

Rhonda Swan: Do you think that society has put women in that competitive space, or do you think it’s our nature?

Katrina Syran: With social media, it’s tough for women and girls. They think they have to look a certain way. And there is a lot of social pressure. It doesn’t help.

Rhonda Swan: There’s so much conversation about different gender roles. And I think awareness is everything. And when we’re able to talk about things, it’s a big thing. And so with your work with women’s activism, what are some of the things that you do? And what type of women are you working with?

Rhonda Swan: Tell me a bit about “Elida”?

Katrina Syran: “Ellida” has been a dream of mine for the last 10 years. So it’s, it’s like a movie that I just had to do. And now it’s there. And it’s already been chosen for 15 festivals. So I’m very proud. And I actually had a review today saying that it beautifully portrays Henrik Ibsen’s work. It’s traumatizing but still brings a lovely message.

“The Lady from the Sea” has been a success but not as much of a success as the play “The Dolls House” but I thought that the play was very cinematic. And there’s a place called Kragerø. It’s like the pearl of Norway. And it’s where Munch painted his masterpiece The Sun. So the scenery is stunning. And the music we got from Mark Thomas who was nominated for eight and won one Grammy. He composed all the music for the movie. So it’s something I’m very proud of, especially now that festivals are picking the film up.

Rhonda Swan: You also acted in the film. So how do we produce and act in our own movies? What do you want to see happen for this film? What is the bigger vision?

Katrina Syran: To me, Ellida represents all women. Like some women, she goes through postnatal depression. She also goes through this period of being middle-aged where you are longing for passion and that in-love feeling again. And so I feel that she portrays the lives of many women. I do hope that the film reaches a lot of people and that people find comfort in seeing it. And I think Ibsen was amazing. In the 18th century, he was such a feminist.

Rhonda Swan: Is there a bigger stage or a bigger place where you want to see this film? What’s the big dream here?

Katrina Syran: It’s to reach people because everything I do is to raise awareness. When you think about theater, it all started with political theater. So I feel that if I can contribute to getting people to think or feel then I am doing my job.

Rhonda Swan: Talk me through the creative process. And how do you think the film has been perceived?

Katrina Syran: Nature in the south of Norway is so special. So it’s the fjords and it’s really beautiful. And I think that it’s something that people appreciate seeing so much, especially after the Covid period. That kind of peacefulness. Things were quite strict in Norway during Covid. I actually feel sorry for the younger generation for everything they have to go through. They have more things to worry about. I feel that when we were growing up, we didn’t have that many worries.

Rhonda Swan: So what is next for you?

Katrina Syran: I’m building up something called Hydra Sound, which is going to be an app to help people break into the music industry. I think getting into the music industry is very tough because there’re a lot of middlemen but with this app musicians will be able to control their own careers. So for example, it’s complicated now with things like PPL, PRS. With this app, things will be so easy. Musicians will be able to connect all their work onto it and know when they are being played and record when they have performed live. It’s everything in one app. Through this app, I feel that I can really do something beneficial.

I am also working on a TV Show. It’s called “Verbier Stories” and it’s based on real stories taking place in the Alps. I have also published a children’s book entitled “Rocky’s Adventure” about my parrot. Yeah, there are a few projects I am working on. I think that if you are a person who wants to create stuff, I don’t think you can stop.

To see the full episode of The Rhonda Swan Show with