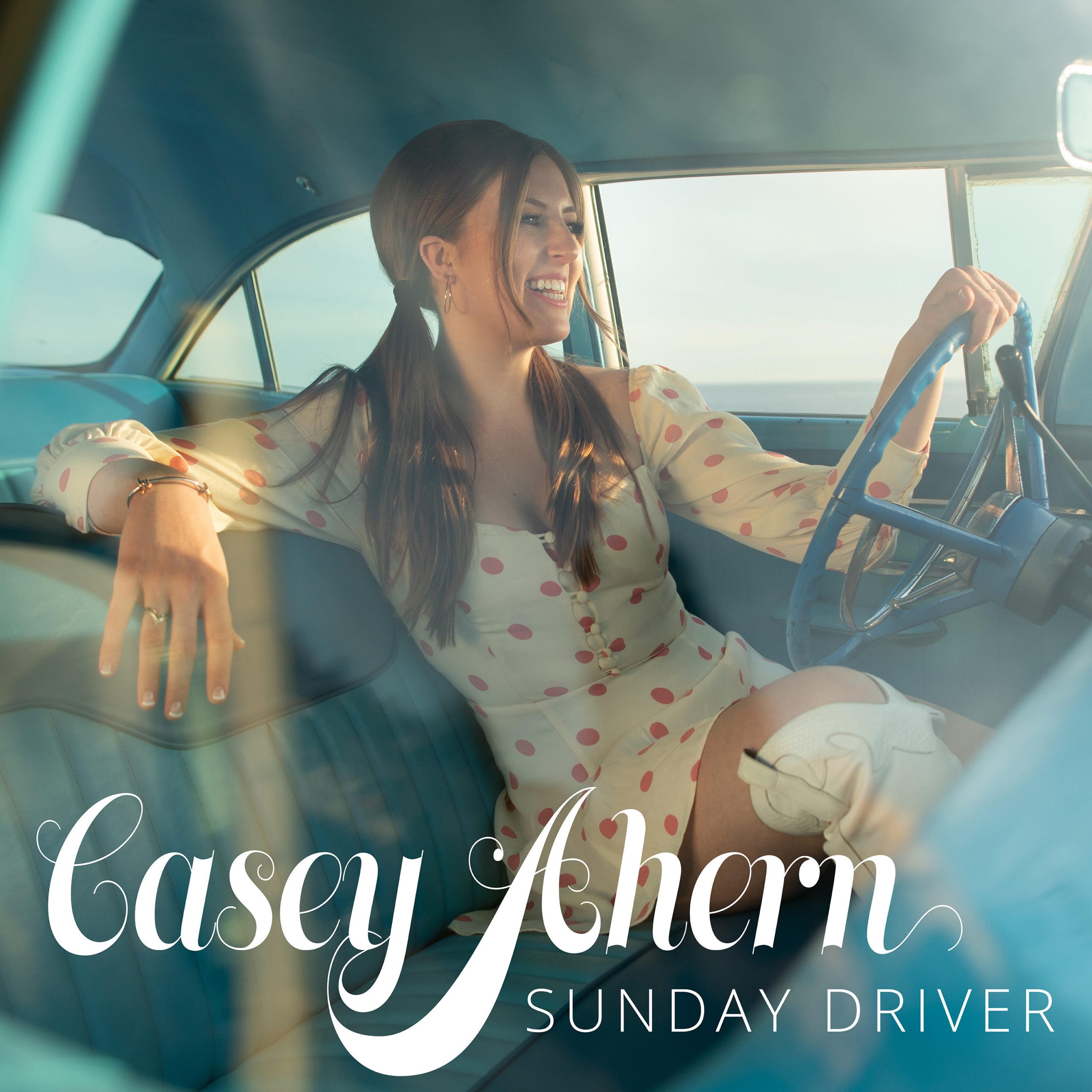 Holding hands, taking in the summer sun through the windows of a big ol’ Chevy Suburban – there’s nothing quite like enjoying a Sunday behind the wheel and taking things extra slow for a change, and that’s exactly what Casey Ahern is inviting us to do in her new single “Sunday Driver.” Using poetry and pulsating melodies to tell us a story, Ahern doesn’t waste a stitch of time getting right into the guts of her verses in “Sunday Driver,” her only restraint coming from the deliberately paced out rhythm of her backing band’s play. Her voice is always calm, cool and collected here, but this shouldn’t suggest that there isn’t a little bit of fight in her style of singing in this song. Ahern paints us a picture of an afternoon daydream with nothing more than a velvety vocal and some sleek country grooves to lend her a hand, and for her efforts in this latest release, I believe it can be said that she scores a slam dunk of a pop tune almost anyone can get into this February.

“Sunday Driver” is all about its vocal muscularity, and when you’ve got a set of pipes like Casey Ahern’s, there’s nothing wrong with doing a little flexing (especially in a composition like this one). This track demands a lot out of her range, but she accordingly answers back with some of her smoothest singing to make it onto a single so far. The beats serve as a complementary element to the tone of the harmonies between Ahern and the not so distant keys, with a dreamy patch of guitar occasionally intervening to add a little bit of spice to the big picture.

I can imagine that this song is going to appeal to as many pop fans as it will country buffs, mostly because of the way that it melds influences from the two genres so exceptionally well. Artists in Ahern’s subset of the country/pop scene are frequently measured against a young and untried Taylor Swift, but the comparison just wouldn’t do what this singer/songwriter is putting on tape. Casey Ahern doesn’t care about the hooks Taylor progressively used as she moved further and further from the Nashville sound she started with; she’s got her own take on stylizing a modern country melody, and that’s why “Sunday Driver” simply rocks.

I’m not the first to say it, but I can confirm it myself that Casey Ahern and her infectious cocktail of country, pop and Americana are (and should be) taking the indie world by storm this year, and I think that her latest release in “Sunday Driver” is the first of what could become a string of must-listen tracks out of her recording sessions this year. She’s clearly got the chops to put together a full-length LP, and after this song gets into rotation on the college radio dial sometime between now and the start of the autumn season, the demands for a proper album are going to get pretty tough for her to ignore. I’ll be waiting, and I’m not the only one.