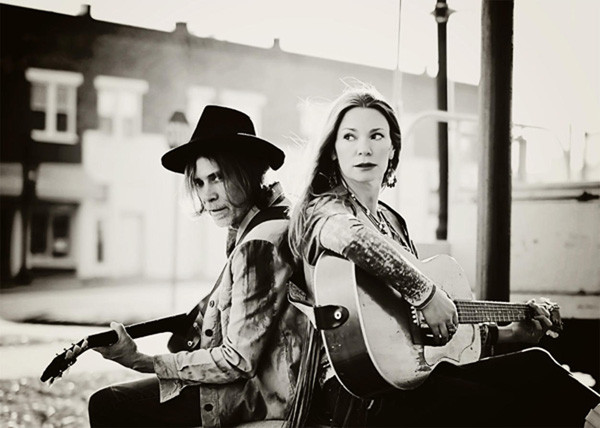 Sugarcane Jane are a great duo with country and rock roots combined with folk and intricate vocal harmonies with world class guitar and all-around musicianship. Ruffled Feathers; Songs In The Key Of Me is their new album and it was recorded recently after playing with an exceptional backing band on Dwight Yoakam’s 2019 tour. This duo of major proportions have been around the block and they have a wake up call for the world with this marvelous set of new tunes that take a deep look around and spread a message of hope needed in the new frontier of country and rock music.

“Feelings In A Song” gets things started off by telling it how the whole album will be as the songs flow from one end to the other, yet it stand on its own feat by setting things up to lay on the line. This song brings a lot to mind about what is going on around us in the year 2020, as the wagon moves along. Next up you get the perkiness of “I’m Gonna Grow” as if this is almost a progressive folk album with a concept that gets better as it goes, because it definitely-takes things up a notch.

“Answer Of The Day” keeps the energy high with another equally awesome and enjoyable song. The two voices swirl in and out of all the precise guitar lines as if they’ve been caught in an organic jam and magically captured it without having to polish it up. I would put this at the top of the playlist and leave it there, it’s that good. And then there is “Book Stories” which meets all standards, especially in the instrumental department. The words are fun but a little less interesting than the rest of the content on the album.

“Waiting On Answers” is as good as anything I’ve heard yet in 2020, and that’s saying a lot because I have heard a lot of music in the down time, and this drives the point without ramming it down your throat, and then it slows down for a fascinating part which centers around the album title. It doesn’t get any better than this for what it’s worth on all counts as music succeeds to heal through its powers to do so. “Let the Media” comes in and does the business even more and that’s when you can’t go back.

The rest of this album is gravy and very tasteful at that, with “Long Overdue” giving them a chance to shine and show their chops and keep the narrative going at the same time, killing two birds with one stone together. “That’s What I See” is one of the highlight tracks, and it should receive a lot of airplay because it’s a very radio friendly song. And the two final tracks make for some of the best music and vocals on the album, particularly the final cut “Holy Spirit” with some fine haunting guitar passages and no words needed to close this beautifully crafted album.