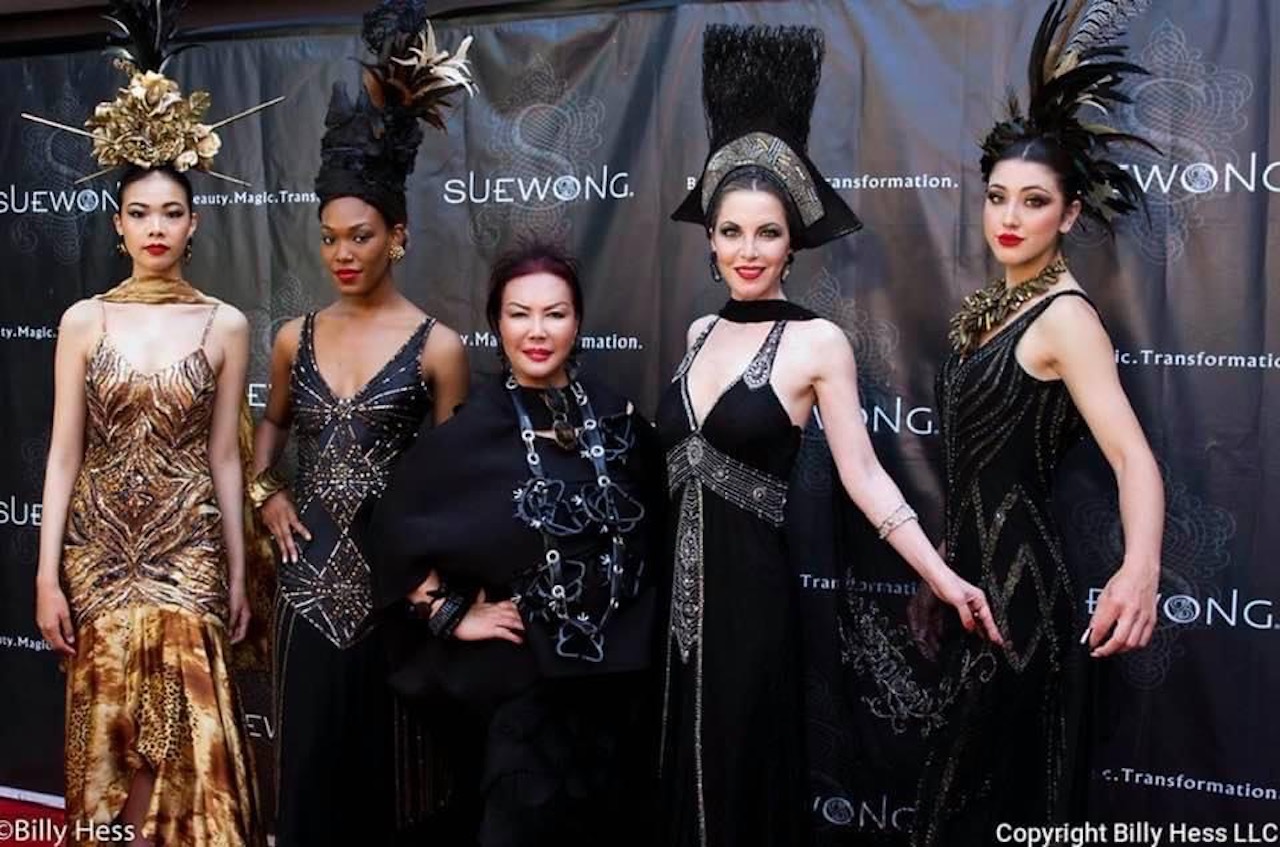 In a sublime display of star studded celebrity glamour and untamed rock n roll splendor, International fashion designer Sue Wong managed to orchestrate the re-opening of Los Angeles gala events. With her Old Hollywood themed party, she marked the birth of the “Sue Wong Designer Estates” and her own birthday bash.

The objective of the festivities was to unveil the grand mansion of Villa Feliz, completely renovated literally by the hands of Sue Wong. The home is a decadent work of art placed upon splendid grounds and across from Griffith Park. It contains intricate tile work, stained glass designs, manicured grounds, and many other hidden treasures. The self-made fashion Goddess spared no expense.

The Red Carpet led to the pool all surrounded by a beautiful array of flowers and cactus framing the huge grounds. The event was filled with happy faces and well wishes. It was a celebration of transformation and light after living the past year in darkness with everyone crying for the moon. It was a flawless display of inspiration letting people know the future was opening up its arms and smiling.

The party reviews were all the same: ‘The best event I ever attended’ Sue Wong is known for her celebrations as well as her fashion, but this time she out did her own self. Following the main extravaganza, the guests were invited to attend a second party which took place at her historically famous rock star mansion The Cedars. The Cedars was built in the 1920’s and Wong restored it that old Hollywood theme. Celebrities who either lived or owned the residence include Jim Morrison from The Doors, Jimi Hendrix, Bella Lugosi, Johnny Depp and many others.

The secondary event rocked until 4:00 AM and the guests were treated to a jam which included some of the biggest rock stars in the universe. It was a wild, explosive, Rock the Kasbah birthday tribute to a magnificent lady. The Great Gatsby has nothing on Sue Wong!