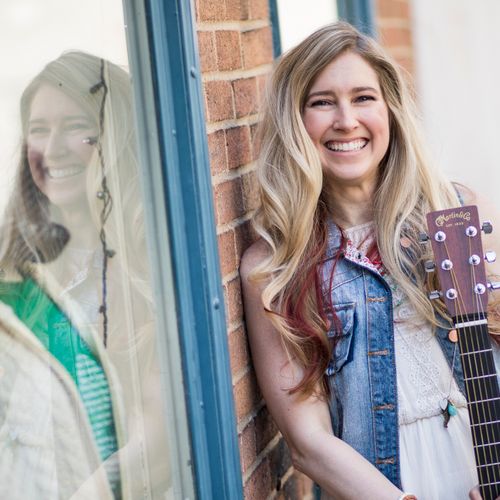 “Straight to Voicemail” by Stacy Gabel

Music videos used to be a lot more cinematic as a standard in pop music, and going off of what “Straight to Voicemail” looks like, Stacy Gabel is a player who appreciates the old school aesthetics that her genre’s visual output is known for. “Straight to Voicemail” has all the bells and whistles of a mainstream pop video without the saccharine soundtrack, and if you love Gabel’s style of play, it’s about as close to an all-encompassing performance as she’s got in her discography. Her whimsy is the soul of this piece, but more than that, her melodic virtuosity is the heart.

The guitar is full-bodied and takes up a lot of space in the master mix, but justifiably. Rather than painting on a stripped-down instrumental canvas, Gabel is giving herself a grand melodic background to immerse her lyrics within, at times making her harmonies so rich that it’s difficult to pinpoint where her vocal ends and the fretwork begins. Her voice is seamlessly integrated with the groove, and not because of some synthetic assistance from behind the board. Call it retro if you want, but this is a plaintive pop sound I think we need a lot more of in the American underground today.

“Straight to Voicemail” occasionally sounds a little more urgent than it probably should, but personally I like the aggressive beat and what it brings out in Gabel’s singing. She’s someone who works really well under pressure, and when tasked with expressing something melodic and substance-laden, I think that the tighter the arrangement, the more passionate the performance is going to be. This would probably kill in a live show, and considering the clean-cut production quality the song enjoys, we’re likely getting a good idea of the intensity she would bring to such a show just by listening to this single.

This is undisputedly one of Stacy Gabel’s best songs and music videos, but I don’t think it’s spotlighting the full package of her artistry. There’s reason to hype her skills; they’re not represented by other artists on the commercial level in pop music at all, and they offer a bit of optimism in an era too intrigued by the darker end of the melodic spectrum. She’s still got some space to keep developing what she has in this single/video combo, but for a fair depiction of who she generally is as an artist, “Straight to Voicemail” is the release you need to start with.