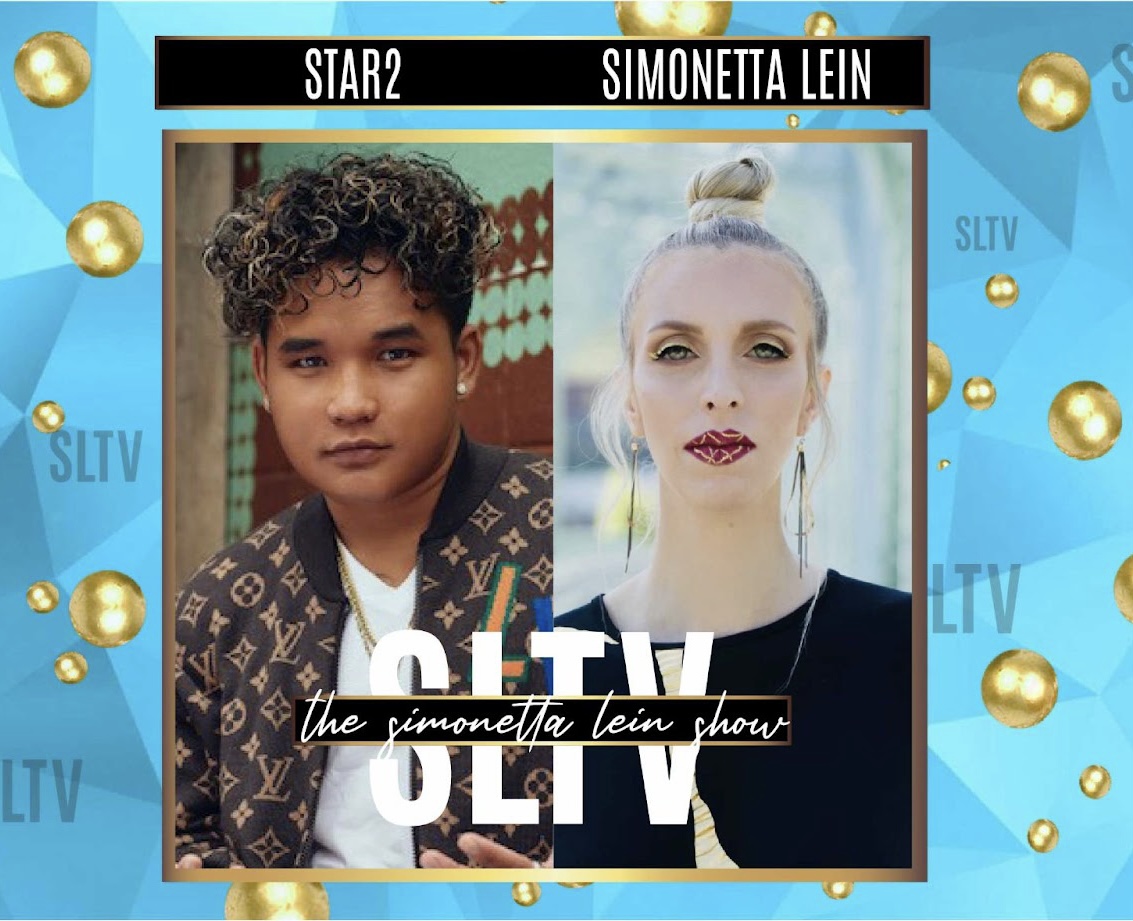 Star2 Guests On The Simonetta Lein Show On SLTV

As The Simonetta Lein Show continues its 4th season, showcasing its newest “Star Spotlight” segment for up-and-coming artists and entrepreneurs, the show welcomes Asian American singer/songwriter, and rapper from San Diego, Star2! Influenced by Justin Bieber and Bruno Mars, he sings about heartache, love, the Thai refugee camp where he was born, and the rough inner-city streets where he grew up. The 55,000-person camp, one of nine at the Thai/Myanmar border, was established to house refugees escaping genocide from soldiers who brutalized indigenous groups like his native Ka-ren people and the Rohingya. Without a father or mother, at age six, he went to the U.S. with his grandmother and her four children.

In San Diego he grew up in poverty, surrounded by gang violence. His grandmother woke up at 4:00 am to pick mushrooms to support the children and to pay back their airfare from the camp.

Star2 joined Simonetta to discuss how his early childhood affected his life, what it was like adjusting to the United States after moving, and how his passion for music has been inspired by his journey.

Simonetta’s prominent profile on Instagram has earned her more than 9 million followers, and she continues to grow her following by demonstrating her commitment to making a difference in her adopted city of Philadelphia and all around the world.

Watch Star2 on The Simonetta Lein Show on SLTV here: