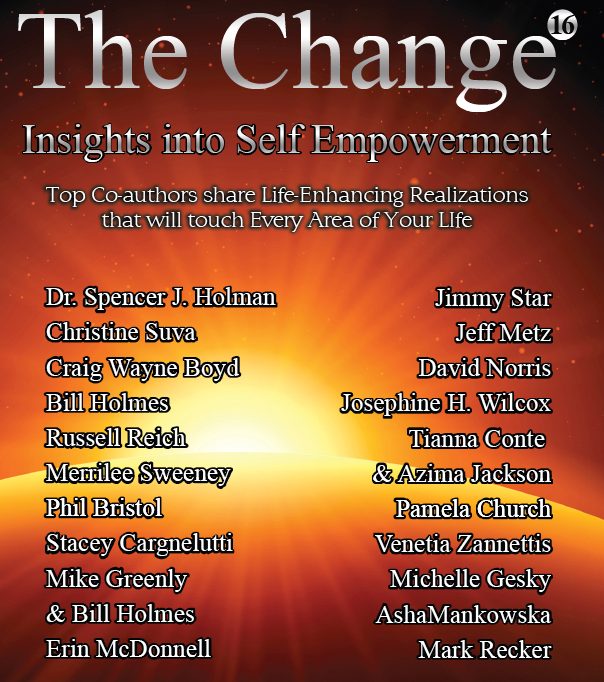 Star Brings CHANGE into His Universe by Eileen Shapiro

For years I’ve followed the career with which Jimmy Star has lit up our culture. It’s not just that his name is “star” … it’s that he actually has become one. The glow of his achievements keeps brightening as they expand – like his latest venture, which I’m viewing through my own, personal telescope right now.

Jimmy is most widely known as the host of The Jimmy Star Show with Ron Russell, which he shares with his husband, Ron Russell. It’s now the #1 web TV/radio show in the world with over 4.5 million weekly listeners/viewers. Kred recently cited Jimmy as the 5th most influential radio personality in the world. 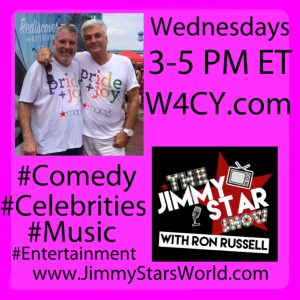 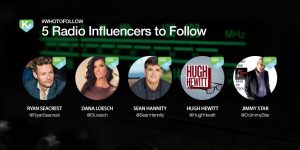 But the guy is as multi-faceted as the trail of a blazing comet. In addition to being a radio/TV host, he’s an actor, writer, clothing designer and publicist. Check out Amazon’s “Jimmy Star” page and you’ll see that he has authored and co-authored 16 books and counting … including his latest work which I’m here to tell you about today.

Jimmy Star is one of the select co-authors whose essays comprise The CHANGE (vol. 16) Insights into Self Empowerment. It’s a special group of leaders in their fields and Jimmy is now officially part of it.

Before you learn about his chapter, you need to understand the significance of the books. It was only a few years ago, that The CHANGE became the fastest-growing book series in the world and for good reason: it offers real wisdom from the varied co-authors it has engaged. The entire series is available from Amazon but you’ll also find volume 16 in the listings for books by Jimmy. 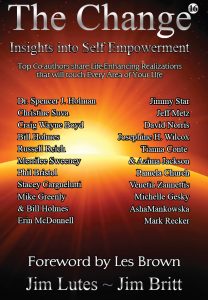 The CHANGE was founded by entrepreneurs and business leadership gurus, Jim Britt (https://www.amazon.com/Jim-Britt/e/B001IXRR2M/ref=sr_tc_2_0?qid=1546966812&sr=1-2-ent)
and Jim Lutes (https://www.amazon.com/s/ref=nb_sb_noss_1?url=search-alias%3Dstripbooks&field-keywords=jim+lutes). Britt, the author of numerous best-selling books and programs, was recently named as one of the top 20 living success coaches and is a keynote speaker for diverse audiences. Lutes is known for his branded form of human performance teaching and for his trainings on personal growth and subconscious programming.

The concept of The CHANGE is to compile into one convenient place the accumulated wisdom of noted experts in their fields. Each volume of the series becomes a source of diverse knowledge with valuable insights to offer readers.

I’d known about these books from my interviews with Mike Greenly (http://www.mikegreenly.com). I’ve interviewed Mike several times because of his songwriting successes. He’s the author of Virginia’s new state anthem, for example, and has written four Billboard #1-charting Dance Club hits along with a broad collection of dance, choral, country and pop songs.

Mike is a former Fortune 500 marketing & communications VP and has contributed three chapters to the series and co-authored a fourth. His chapter in The CHANGE (vol. 8) tells how he conquered “stage fright.” That victory was essential to his rise within the sales and motivational culture of Avon Products where he became the youngest VP appointed since the company began in 1886.

Even major celebrities have been known to suffer from on-stage panic – including such famous performers as Barbra Streisand, Adele, Lady Gaga and many more. Mike uses his experience to help today’s executives … not just as a speech coach but also as a freelance speechwriter, video scripter, PowerPoint creator and all-around “ghost writer.”

His promise to his clients is to “Sound like yourself … only better!” If you check out any of his chapters in The Change, you’ll see that Mike knows what he’s talking about. (He’s in volumes 8, 14, 15 and 16 of the series.)

Another very special co-author in book 16 is Erin McDonnell (https://www.linkedin.com/in/erin-mcdonnell-92a4b8134/). Bravely and honestly, she shares her story of “Overcoming Eating Disorders and Depression.” I was moved by her chapter and I believe it will prove helpful to many readers battling the problems Erin has faced.

I was already aware of her father, John McDonnell (http://www.mcdonnellspeaks.com/), a highly respected global leader in the beverage alcohol industry. I’ve interviewed him, too, and remain impressed by his accomplishments. His chapter in volume 14 is titled “The Quest for What’s ‘Real’ in a Virtual Age” with shrewd observations about our digitized “virtual” culture.

John’s chapter offers insights into the way the digitization of our lives and communications is dramatically changing our lives. He’s also a published author for Forbes. On top of handling the responsibilities that have taken him around the world to over 140 countries, he’s known as an effective Guest Speaker for business, academic and other audiences. You can find a video of John’s TEDx talk online. One thing that sets him apart as a speaker is the “authenticity” you feel when you hear him. John McDonnell has learned a lot and he tells it like it is.

Do you see what I mean about the community of influencers that Jimmy Star is now a part of? I’ll mention a few more to help you appreciate the genius of the concept: books that get experts to share their knowledge and help others.

Chris Keaton (http://chriskeaton.com/). Many consider him the best Country music “song plugger” in all of Nashville. His chapter in vol. 14 is “Lessons Learned From My Music Industry Success”. The accumulated lessons from Chris’s career apply to much more than just the music business. It’s an interesting read.

In vol. 15, you’ll find a touching chapter from Curtis Urbina (http://www.quarkmusicgroup.com/about-quark/) , another well-regarded music executive who became a local hero in Newtown, CT, during the Sandy Hook Elementary School shooting on December 14, 2012. Anyone going through trauma might want to read what he shares in “Playing to Heal.”

In this volume, as well, you’ll find the remarkable story of author and guest speaker, Dr. Richard H. Jadick (https://www.amazon.com/Call-Hell-Doctors-Iraq-Story/dp/045122308X), whose record as a wartime military physician in Iraq was the subject of a Newsweek cover story (“Hero MD”.) The magazine dubbed him, “the war’s most fearless doctor.” Dr. Jadick’s chapter is “Daring to Find New Solutions”. It encourages the same innovative thinking that helped him save lives when the USA was fighting in Iraq.

The chapter from John Nouri (https://www.broadwaysupercars.com/) — “Live Your Passion to Love Your Life” — urges the reader to follow his example: tenaciously pursue the dreams you really care about.
That’s what led John very happily to found “Octane Auctions” – a secure marketplace in which to buy and sell the world’s most unique and collectible cars. John Nouri is living his passion and he urges us all to strive to do so.

I found similar motivation in vol. 15’s “Following My Own Beat” from DJ & music producer, Tony Smith (http://www.djtonysmith.com/). In 1976, Tony was cited by Billboard as one of the Top 10 DJs in the USA. Today he has his own show on Sirius XM Studio 54 radio — “Classic Beats and Rhythms” on channel 54.

Tony has produced a wealth of Billboard Dance Club hits and remixes, including a collection of #1’s. People hire him today to DJ at parties – business and personal. His reputation is stellar. He brings a vast music catalogue and an uncanny ability to “read” crowds and play the music they crave. Tony has become the expert he is by, like John Nouri, following the passion he discovered in his youth.

Now back to vol. 16 which includes Jimmy’s new chapter. Here are some of the other co-authors our “star” is featured with …

Jeff Metz (http://metzculinary.com/) contributed “People First – Always!” to vol. 16. He’s President and CEO of Metz Culinary Management, named one of the top 20 management companies in the U.S. by Food Management Magazine. Jeff writes compellingly about the philosophy of the family-owned business founded by his father, John. The company’s commitment to people and quality – treating employees, their client-partners and, in turn, all of their guests like “family” — has made his company a winner.

Russell Reich (https://www.amazon.com/Russell-Reich/e/B005KJZ2SG/ref=sr_tc_2_0?qid=1546913469&sr=1-2-ent) is an experiential marketing executive based in New York. He’s the publisher and co-author of all the books in the acclaimed Notes On series. His chapter, “How to Get Any Job You Want”, will be eagerly read by many.

Bill Holmes (https://www.linkedin.com/in/bill-holmes-21361/).
A marketing creative director and communications strategist, Bill contributed an amazing chapter to vol. 16, “How I Learned: the Value of ‘Adjusting’”. Beautifully and intimately, Bill tells us how he was forced to adjust to several personal adversities, starting as a boy. What he’s learned along the way has greatly enriched his life and could enrich ours.

Bill and Mike co-authored a separate chapter in vol. 16 – “The Power of Paying Attention”. Like the entire CHANGE series, it exemplifies the value one can receive by learning from the experts that The CHANGE series brings the world in 16 separate volumes.

Which brings me back to the wonderful new Jimmy Star chapter in The CHANGE (vol. 16.). Entitled “Secrets of Social Media Success”, it reveals the hard work and focused discipline that goes into mastering social media. Jimmy, of course, would be considered an expert, even if all you knew about him was that he hosts the #1 web TV/radio show in the world. But if you want to know more about how to harness social media to achieve your objectives, I can’t imagine a better teacher.

In closing I’ll note that my “valentine” to the phenomenal Jimmy Star (https://www.jimmystarsworld.com) – who shares his talents with the universe – is also an homage to the concept and execution of The CHANGE book series. These books make it possible for someone like me (and you, if you’re interested in continuing to learn and grow regardless of your age) to benefit from the brains and experience of bona fide experts in their fields.

While expanding his radiance and talent into The CHANGE, Jimmy’s participation also brings attention to the series. He’s a bona fide star whose participation sheds light on many other stars in their fields for the betterment of us all!