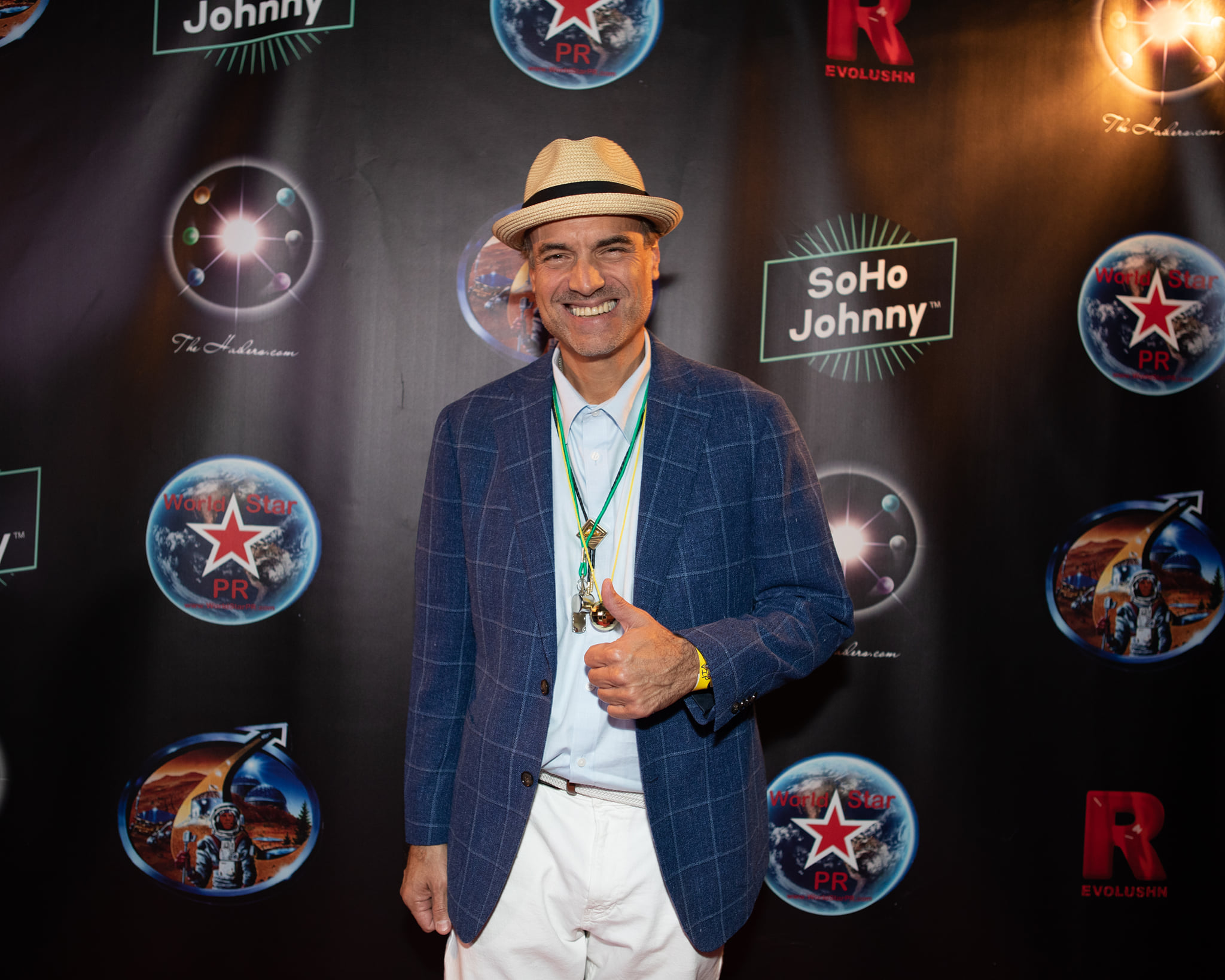 A quote from the Facebook page of John SohoJohnny Pasquale:
“True riches are measured by the love you shared your whole life,
True success by the extent you expanded your humanity.
True honor by their alliance other people had on your word,
True valor by how you face life from your core and self-honesty.“….SohoJohnny

When the rust on your razor threatens the throat (Maya Angelou) or when the entire planet veers sideways and society is rudely displaced, a quiet soul comes as a gentle inspiration and a powerful voice of reason to calm the storm ravished humanity. He is honest as he doesn’t know how to be otherwise, he’s strong in an unobtrusive way, and he’s inspiring in the most selfless possible way…

SohoJohnny lives his life to give to others. Directed by his heart and his love of music SohoJohnny has created the “Let Me Help Foundation.” It’s mission is to help those people whose  lives and livelihoods have been shattered by COVID by raising money through the celebration of music, laughter and dance. Also, to raise capital and awareness to empower those stricken by cancer to survive and recover and gain control of their future through further research and education.

SohoJohnny is currently set to become involved in a chain of unprecedented events which include “Broadway Heroes”, an event targeted to help the paths of those affected by the darkened Broadway lights and the education of the arts and theater in our schools, and a virtual concert set to raise money for the foundation. He has also launched “SohoJohnny Records” giving new artists a chance to rise and “Tribeca Records”, allowing old school artists to rise again. Other events include the release of his own debut into the record industry to be announced and released shortly and the unveiling of his comic book by late fall entitled “A Mandate For Humanity.”