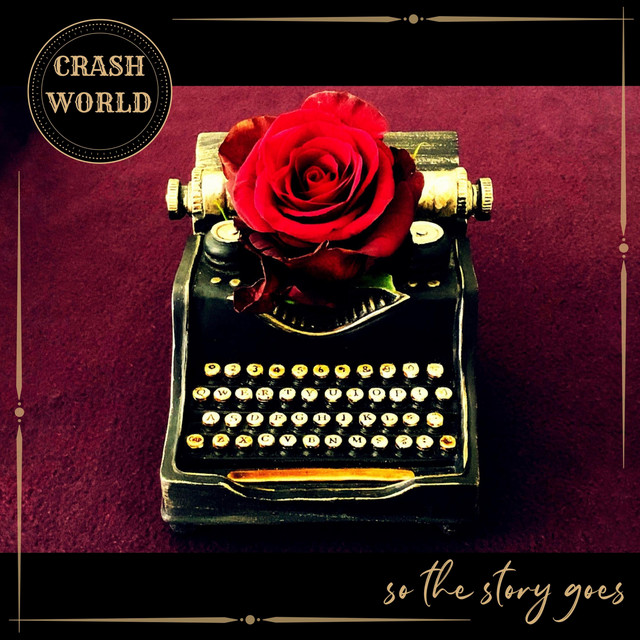 “So the Story Goes”byCrash World

Where does pastoral rock start and an extension of roots music via the pop lens end? Crash World is out to find out in their new album So the Story Goes, and from the moment we take in the hazy harmonies of “Lucky One” for the first time, it becomes obvious just how committed these players are to their mission. Although there’s something to be said about the underlying camp of a song like “Radio” or their rather stoic cover of “Solsbury Hill,” the ultimate theme that Crash World is trying to capture in this record feels more akin to self-awareness than any sort of homage to the folk-rock standard, particularly as it’s been interpreted by their American counterparts in recent years. This is an interesting look for a band that isn’t afraid to be vulnerable, and between you and me, I think it’s just the start of their odyssey toward the mainstream market.

With lyrics like “Today you got the news, too bad there’s no one to tell / Your isolation is part of your cage, your own private hell” in the song “Tail Lights Fade,” it’s pretty clear that Crash World isn’t experimenting with implied moods through the melody alone; if anything, the lyrical content in this song, “Black Swan,” and “The Good Life” suggests a straightforwardness wholly missing from most of the pop music I’ve been listening to this year. One of the greatest strengths in So the Story Goes is the players’ grasp of storytelling and each other, both of which have become sought-after elements amid a rather saccharine era for singer/songwriter works not too different from this one (in terms of construction, at least).

“Before & After” and “Millionaire” initially felt a little too boisterous to sit beside the rest of this material, but after a couple of spins even they start to feel like another bastion of honesty through which Crash World can wage a war on the mundanity of modern pop. There’s an introspectiveness that they’re keen on utilizing around every turn, but I don’t know if they’re aware of how powerful their unguarded nature can be when it’s put in front of the right rhythm. So the Story Goes has a depth that is innocent for this reason, but even with a little more experience, I can’t say for sure whether or not this act would lose its edge on this level.

From covers like “Sympathy for the Devil” to more caustic adventures into originality ala “Ritual” and “R ‘n’ R Queen A.D.,” Crash World make no apologies to the increasingly rigid Canadian underground for their righteous attempt at sonic immortality in this striking debut affair, and while it’s still a little rough around the edges in spots, there’s no question that So the Story Goes is one of the more fascinating listens of its kind out on record store shelves this December. This act is on the cusp of doing some great things, and even at this early stage, the talent and chemistry they have are easy to pick up on.