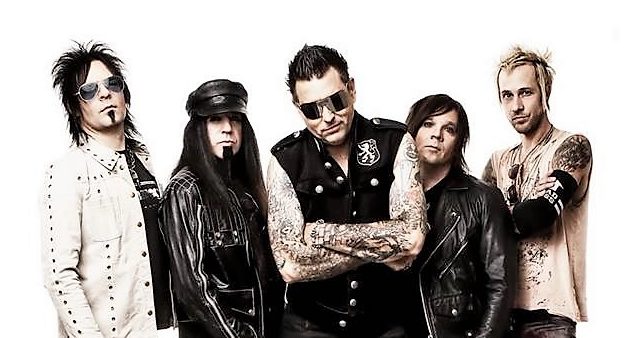 The “Electric Radio Kings” just can’t seem to record a bad song, and once again they’ve done it! They have a supreme hit sensation and video masterpiece with, “Jack Black Flower.” Both the song and the video awaken each and every human sense. Breaking the boundaries of genre, they attack each song with a decadent passion and relevant flavor. 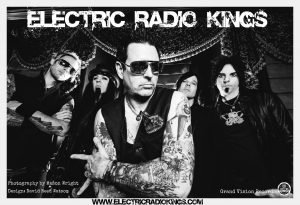 The video begins with a dramatic, yet quiet sepia movie film introduction, then suddenly explodes into a riveting sonic explosion. Then there it is the famous ‘Hollywood’ landmark up on the hills of LA. Powerful lead singer Paul Christiania belts out: “Where you wanna go. What you wanna be. A superstar. Wait and see.” Stacey Blades’ guitar screams with intricate riffs. Keith Horne on guitar, Johnny Rude on drums, and Del Cheetah add to the power of the edgy faction.

There is definitely something that separates this band from others. Perhaps it’s the radio friendly music, or the melodies within what some might consider glam metal. Already placed on the mainstream Billboard charts at number 35 with their prior single and endorsed by Alice Cooper, who described them as “the real deal with their no frills, in your face, back to basic blues”, ERK is a name you won’t easily forget. Their new 9 track album, “Purrr”, has just been unleashed to the world by Grand Vision Records, and is comprised of hit after hit. ERK are an addicting force, all great looking, all true rockers. The band shines compared to much of the rest of today’s music industry. 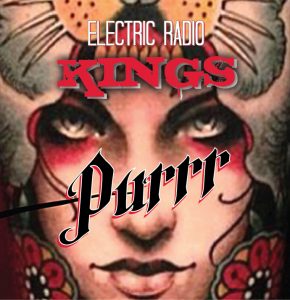