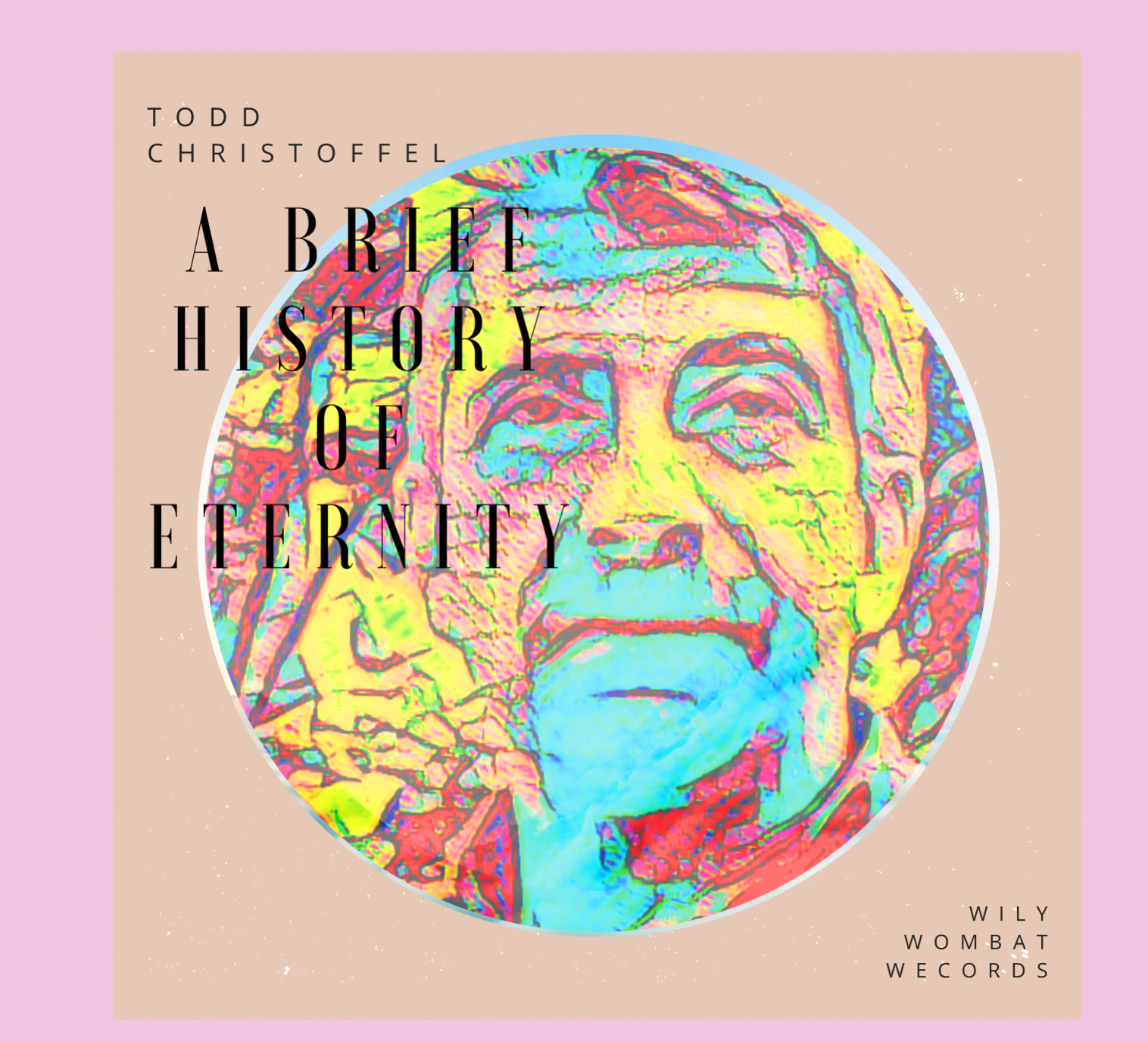 A Brief History of Time may seem like a tall ask for listeners with 21 tracks, but Todd Christoffel’s collection is a brisk listening experience. It goes by, as well, without ever seeming or sounding like the Northwest headquartered singer/musician/songwriter is rushing his material. Some songs are far more standout than others, of course, but solid construction and a back to basics approach strengthens each of these twenty-one tracks

He isn’t afraid to venture off the reservation, however. “Pure Desire” is an audacious opener given its decidedly un-mainstream vocal, but one line and you’re convinced Christoffel is going for broke with this song. Guitarist and collaborator Chris Faget, also a member of Christoffel’s “other” project Seattle band Don’t Ask, lends his talents to this track and several others. “Lucy Brown” is one of those songs. It’s as convincing of a character piece as you’ll hear from any modern songwriter and the near-skeletal jangle of the “base” song is thankfully filled out nicely by Faget’s guitar. The latter isn’t omnipresent during the cut, but his presence is indispensable.

He has a talent for writing “big” choruses that come across over and over. One of the first and most brilliant examples of this is in the early song “I Lost An Angel”. Christoffel belts this out with such naked grief for his loss that you can’t help but notice. Faget’s guitar solo is effects-laden, but tremendous feeling and emotion shine through. Jaunty “An Electric Way to Sleep” may be one of the musically bouncier moments on the album. It doesn’t come at the expense, however, of Christoffel’s musicality, as it’s superbly played throughout.

I love the overdriven guitar sound for “The Truth” and it sounds like the musical equivalent of a battering ram. The accompanying drum stomp achieves a kind of machine-like clatter without over-emphasizing that and there’s an almost basic quality to the song’s presentation certain to make it appealing for many. “I Knew You When” and “End of the Silent Ones” share similarities but also break in important ways. Both feature piano, but it’s a much more constant presence in the former, while it provides more along the lines of pure color in the latter. They break through with the lyrics in an even bigger fashion. The plain-spoken eloquence of “I Knew You When” juxtaposes against the latter song without a scratch, however, further testifying to the durability of his tunes.

The final track “I Am Your Man” has a great bass line bubbling from within the song’s center like a muffled elephant gun. Christoffel’s vocal recalls middle-later Warren Zevon, among other voices you can throw out there as a reference point. It revisits for a final time, as well, many of the internal strengths that aid these songs in standing out. The ever-close acoustic guitar plugging away through many songs, the scintillating electric guitar work from Chris Faget, and melodies that seem to fall from these tracks like musical manna help make Todd Christoffel’s A Brief History of Eternity once of 2022’s best releases.