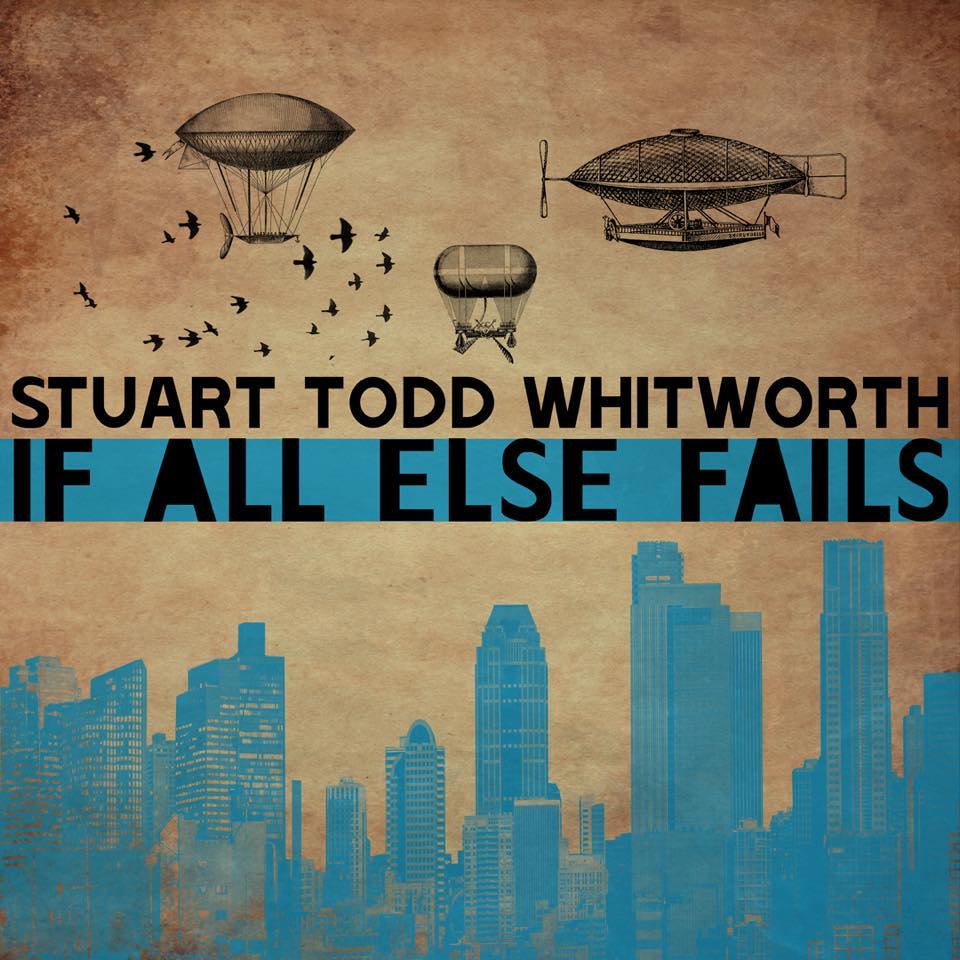 Piano keys, seemingly made of gold, circle like sharks preparing to go in for the kill in “Gone Away.” Fiery distortion finds itself compressed into a pop melody as glittery as it is stirring in “Prologue of a New Year.” Stuart Todd Whitworth dazzles us with vocal showmanship in “One More Chance” with as much ease as he does in the metallic “CJ Sleeps,” “Not Just Me” and “How to Heal.”

There’s tension seeping out of the tonality of the instrumentation we discover in “She Won’t Be Mine,” but much like the emotional strands of melodicism that ebb and flow with the rhythm in “Opus 4,” there are never less than a half-dozen channels of artistic communication open at once in any given track you’ll hear when examining If All Else Fails, Whitworth’s new album. In this latest affair, Stuart Todd Whitworth turns in his most emotional performance to date and, debatably, sets forth a fusion of pop and rock components that goes unmatched in the underground this season. No matter how you slice it, If All Else Falls is a smashing LP, and moreover, its creator’s ultimate statement of self.

“Where You Are,” “Just Me” and the title track are all arranged with a strong focus on maximizing the melodic tension in the music, and while they’re strikingly different from each other on a cosmetic level, they each share a certain sonic sensibility that makes them perfect mates on this album. There’s a lot for us to take in here – with a total of sixteen different songs, including obscure yet ethereal tunes in “Fugue No. 3 in C Minor” and “Happy,” If All Else Fails is hardly the short and sweet offering that a lot of Whitworth’s closest rivals have been producing in the last year, but I wouldn’t hold its packed contents against it too harshly. Contrary to the minimalist model many of his peers have been obsessed with lately, this LP explores elements of pulsating percussion, textural expressiveness and groove-affected narratives that a conservative framework wouldn’t have allowed for, and as I see it (partially thanks to the meticulousness of this master mix), Stuart Todd Whitworth emerges from his most recent studio sessions sounding like a genius for it.

If this album is on par with what we can all expect to hear from this singer/songwriter in the years to come, he’s going to be making a lot of waves extending well beyond the underground as the 2020s begin coming into focus. There are a lot of incredible records emerging from the more overlooked corners of the alternative pop/rock world right now, but among those which I have personally reviewed, I can’t say that I’ve come across any quite like this one.

It’s got enough in common with past pop staples to entice an audience that have grown tired of over-stylizations and bombast in recent years, but it’s progressive-minded to the point of sounding almost revolutionarily different from many of the similarly-structured LPs out right now on this side of the Atlantic. There’s a lot still in store for this man, and I can’t wait to see where his sound takes him next.