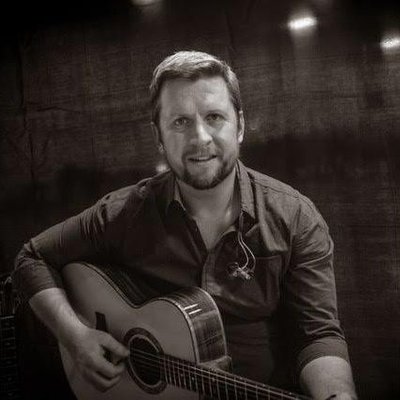 Easygoing strings that sound like something straight out of a backwoods fantasy awaken “Long Goodbyes” with one sleepy sonic eye winking at us ahead of the first verses Phil Norby will sing. This is the opening track of Norby’s debut album, Pollywog, and having listened to the whole record more than a couple of times through, I can definitely understand why he selected it as the lead-off song. Progressive in construction but efficiently melodic, this simple ballad takes us into the start of Pollywog before turning us over to the grit of the self-conscious “Influencer” and surreal axe-man shenanigans packaged as “Encampment.” We’re no more than eight or nine minutes into the record, and already there’s a sense of unspoken urgency beginning to form beneath the verses our leading man is singing; for every word he utters seems to have a harmonic counterpart there to echo the pain, lust and overall passion in his heart. The self-explanatory “Battle Cry Lullaby” breaks through the surreal solitude of “Encampment” only to introduce old fashioned rock n’ roll fireworks to a steady, undyingly infectious beat. There is no white noise, nor are there samples and artificial substances of any kind here – there’s only Phil Norby and the magnificent music he’s unfurling with ethereal soul.

“Golden Years” restarts the Midwestern grooves we first come in contact with as early on as “Influencer,” and as it pushes us into “Face in the Crowd,” the real goal of this burgeoning singer/songwriter starts to become obvious. Stultified rock fans will definitely agree when I say that the alternative genre has been missing the kind of moxie Norby is bringing to songs like these, as well as the cerebral crossover “I’m Not That Man” and playful “Call Me Ishmael,” for far too long now. He wants us to hear his music for the executional fortitude it presents as much as we do the artistic license its core values create (which is no easy feat for any player, regardless of their experience or level of talent). It isn’t often that explosive rockers like “Say “I Love You”” can be as effective as slow-moving balladic numbers like “I’m Not That Man” are, but then again, it’s not too often than a musician like this one comes around in the mainstream or underground.

Pollywog brings us full-circle with the folky “Pearls” and Copper Blue-esque power ballad “Until You’re Gone,” but it wouldn’t be honest to say that these last two tracks don’t tease plenty of future ambition for their singer. Phil Norby is coming out of relative obscurity amidst one of the most exciting and seriously competitive chapters in the long and storied history of pop/rock, but with more disciplined efforts like Pollywog under his belt, I’m convinced he’s going to find an audience all his own this year. He closed out the decade on a high note with this debut, and now, issuing a follow-up before 2020 turns into 2021 should be his first priority. I like what I’ve heard so far, and something tells me you will as well.