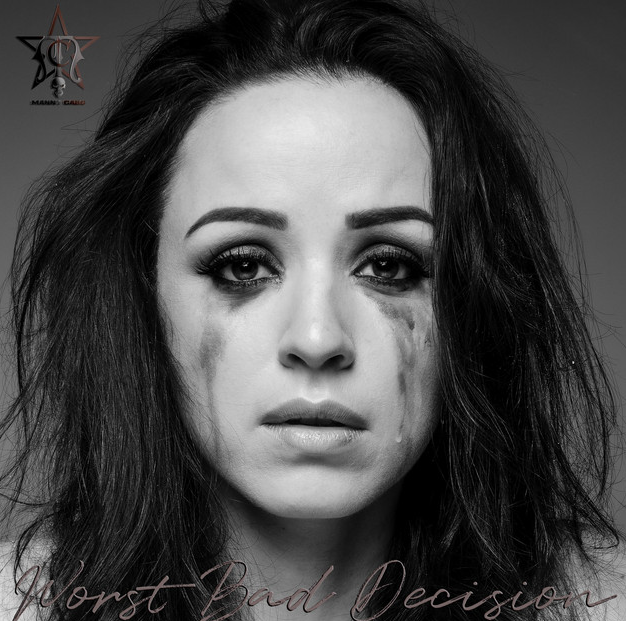 Self-worth can be a tricky thing to convey. Some artists show-off or parade their wealth, their braggadocios ways. The upbeat, moxie-driven singer/songwriter Manny Cabo, forges his own path in the music world. It’s hard to not cheer for this guy – Cabo sings freely and honestly. Based on the title alone of his newest single, “Worst Bad Decision”, one might think that this is an amplified, sweaty, black leather-laced ‘bad boy’ rock song. It rocks, but in other ways. Cabo thwarts the naysayers, the jaded and brings forth a song with a timely and timeless message: it’s okay to take things slow, and really think about the person you’re taking that next step alongside.

Cabo’s steps are paying off and within a week of its release, “Worst Bad Decision” has already entered the US Top 20 (website) chart. “Worst Bad Decision” is in incredible company on the chart, including Black Eyed Peas and Nick Jonas. Cabo captured fans’ attention during his (short) stint on Season 9 of NBC’s The Voice. The New Jersey-born rocker, sounding like Chris Daughtry and David Coverdale from Whitesnake, caught the judges by surprise with his chiseled rock pipes. He’s the guy that after hearing him once, you might think that he’d stay in that arena of music, after all, his voice was made for rock arenas across the globe. Think again. Proving his depth is far more reaching, far more distinguished than just focusing on rock music, recent writing sessions with songwriter Bonnie Warren have resulted in sweet, almost innocent songs. That’s not to say that Cabo has lost his edge or rock credentials. He hasn’t and he’s used that background to his advantage by fusing those elements into country-hued storylines. His vocal range continues to bring about awe; he maintains a subdued humbleness or modesty. As a listener, I find myself trusting Cabo. When he sings it’s comforting, like coming home for the holidays.

With a tightly-wound guitar riff embedded in the rousing rhythm section, Cabo sings his heart out in “Worst Bad Decision”. His distinct, gregarious vocal approach is refreshing. Listening to this song is like hearing a letter from your future self – giving you warning signs, but the wherewithal to make your own decisions. It’s actually quite an inspiring song and not one to take for granted. Cabo is optimistic, yet another juxtaposition to his rock contemporaries. The finished production is peppered with country rock, giving the impression this is derived from a Nashville studio. Also playing a role in the song is producer Chip Martin (Cabo and Warren are also listed as producers). Martin is Nashville-based and has worked with such talents as Mark Willis, Randy Meisner, Billy Paul, members of Blackhawk, members of Ricochet and more. “Worst Bad Decision” is mixed and mastered by Grammy-Award winning producer, Earl Cohen. Cohen’s diverse repertoire includes working with Lady Gaga, Anita Baker and The Temptations.

Looking for a musical escape that includes a charismatic singer hovering over a great tempo? “Worst Bad Decision” is one to put on your radar. If you like what you hear, then it should be required listening to hear Cabo and Warren’s other thought-provoking lyrics found in the songs “All Night Again”, “Wear Your Words”, “Hate Has No Home Here” and “The Last One”.