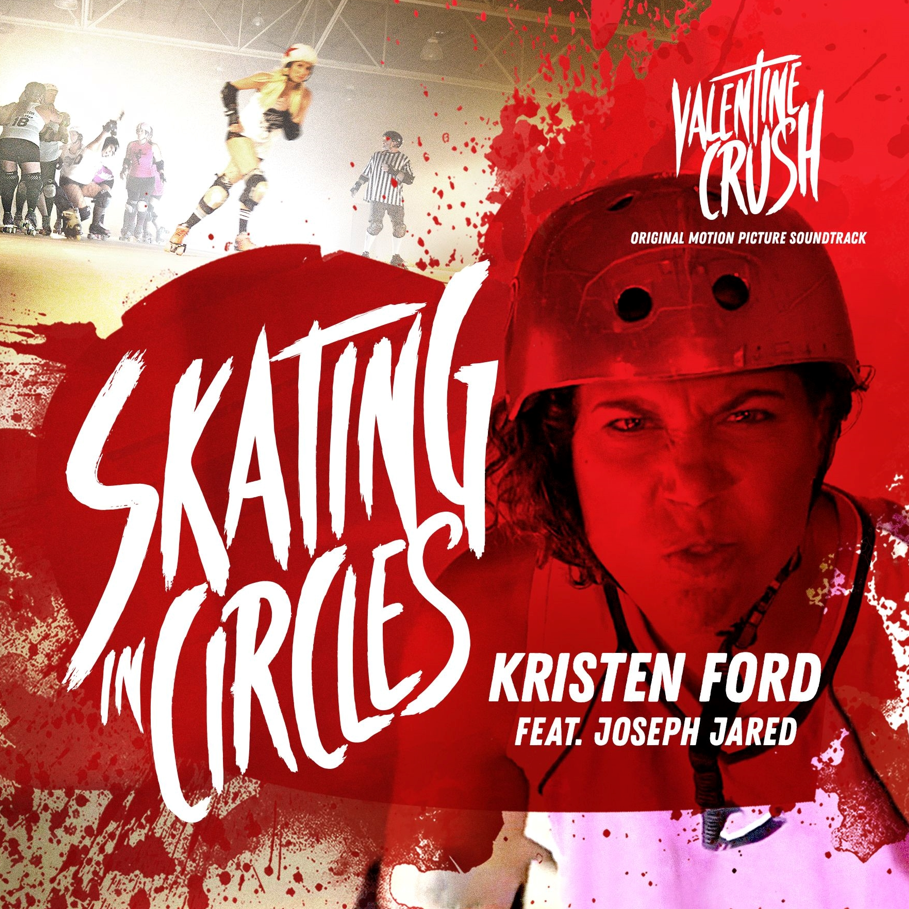 Singer/songwriter Kristen Ford continues to make a case for being one of Americana’s or roots music’s most sincere and heartfelt artists. “Skating in Circles” hums along like a storyline anyone can relate to; its message is the universal feeling of not being able to find your way, or even catch a break. It could also be about the time that you leave a chapter behind you, knowing full well that part of you will never lose its grip. Accompanying the stirring acoustic gem is a music video that tells its own story, complete with roller derby friendships and a glimpse at one tiny pocket in American life.

I pushed everyone away, I thought that’s what it takes to win, Ford sings in the first few opening stanzas. Her voice is measured, intimate. She has a bit of a callous tenor, not because she’s mean or jaded. It’s because her voice has character. So does the modest acoustic guitar. The strumming is tight and poignant. No extra bells and certainly no extra extravagant solo riffs. “Skating in Circles” has a fantastic hook: I’ve been skating in circles, I keep rowing upstream, heart sick, tossing and turning…losing my mind…losing my mind. When Ford sings the second losing my mind it’s like her heart opens up even more, spilling out years of frustrations and heartache. You feel for her in that moment. Yet, you can’t help but hear this golden layer of hope. The way her voice harmonizes over the guitar, it’s as if a glimmer sparks into the ethers.

I found myself humming the chorus and being absolutely transfixed by the tenderness. Ford’s voice is comforting and real. The guitar is just a pillow that you want to fall into and stay for a spell. “Skating in Circles” has a melancholy veil, yes, and as a listener, I felt very comforted. Ford’s style is much like John Mellencamp, Neil Young or even Dawes. Ford stays in her lane and keeps the spotlight on the music. She keeps you close. Despite the pensive vibe, Ford warms the air with her wonderful vocals.

The music video, complete with Kodachrome lighting features a small-town roller derby team. The girls’ closeness is inferred and the community appears to rally behind this group. Where one is hurting, she keeps it hidden. Everyone must assume this particular skater has it all together and is the team’s star. Behind-the-scenes, this same player is struggling to hold her emotions. The world in the video isn’t a huge arena or an urban city. It really feels like a small town in the U.S.A. Scenes of Ford with a pair of roller skates draped on her shoulder, as she walks through the empty gym. One might think that she has hung up her skating. It doesn’t mean she’s not still chasing something or someone down…in circles.

Is she singing about being stuck in the past because of a certain memory? Is she living a broken record because of codependency? I love that Ford writes with open mindfulness and isn’t too specific. “Skating in Circles” has my mind flowing in all different directions. All directions point that Ford has a great song to share with the world.