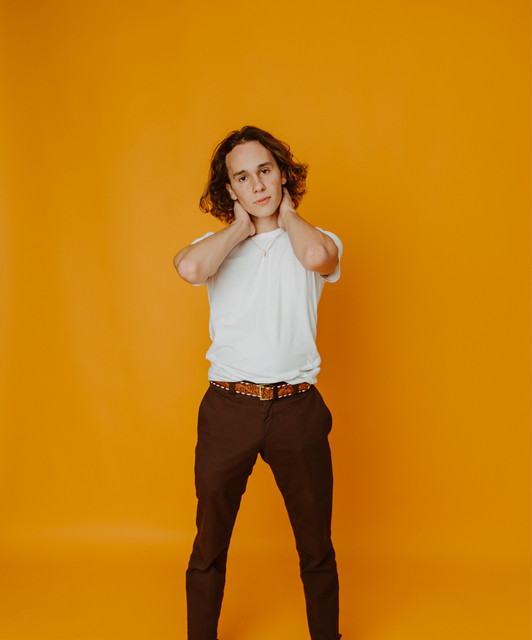 The singer/songwriter movement of the 2020s has been driven wholly by those who can balance the pastoral with the urban in their music, and I don’t know if I’ve come across a more adept player in this regard than I have in James Bruner this January. Although his sound has a gentle bucolic quality that can be credited as more folky than countrified, there’s definitely a city-born edge to his sound that suggests a pop accessibility so many of his rivals work hard to achieve (though few wear convincingly).

As an identity track, his new single “Whenever” has the look of something a bit more humble than what this singer/songwriter could be producing – were he to realize just how much heat he is bringing with him into these sessions – but that could be its greatest charm. Although there are some who sport the swaggering sound of a player who doesn’t care for anything but their own narrative, Bruner is someone who comes across as a sensitive artist who wants to produce commentary even more than he wants to explain the story of his own life, which is what we’ve been missing from this genre of music for a good minute now.

Lyrically speaking, Bruner isn’t reaching for the stars in this performance – he’s letting his emotions sit on the line between moodiness and confessional sensibilities a lot of country and folk players have struggled to reconcile in their work over the past three years. This isn’t as insular a perspective as it could be, but “Whenever” wasn’t really meant to feel like a placeholder for some diary entry.

Were that the case, I don’t know that Bruner would sound as accessible as he does when he’s at the microphone gripping our attention with all of the melodic luster he’s shouldering from one verse to the next. As much as he leans on the beat for some consistency in the latter half of the track, it’s always the strings working as his best friend in these harmonies, which is more than could have been said for a potential piano part in their place. This player knows what his sound should consist of, and the confidence he has in this arrangement is all I need to know as much.

I wasn’t following James Bruner before getting into this track, but I think we’re going to be seeing and hearing a lot more of him in the next few years as he finds his place on the mainstream side of the singer/songwriter scene. His is a natural talent by all accounts, and rather than fronting with an epic display of virtuosity in this piece, he’s letting the humanized tone of the material tell us more about his personality and what he can offer when the setting is right. I’ll be expecting even better content from his moniker in the future, and as long as he sticks with this present trajectory as an artist, there’s no reason for anyone to anticipate anything less.