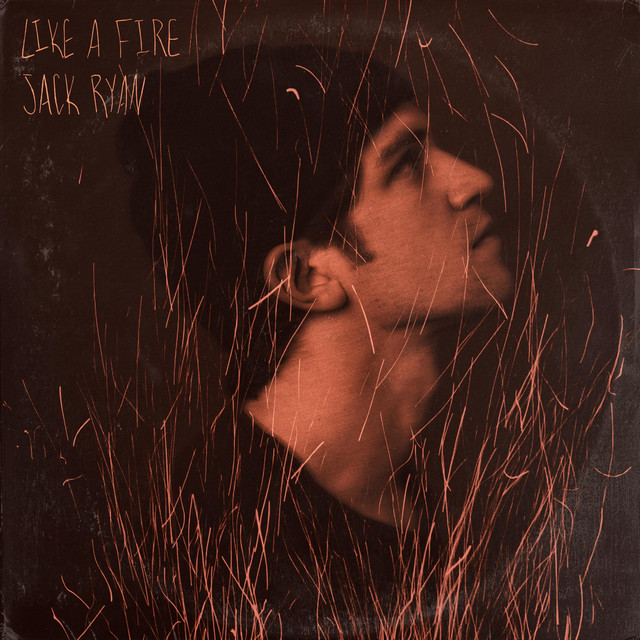 I fell pretty hard for Jack Ryan’s sound with 2020’s “Breathing,” but this year he’s back with what is easily a more complete performance in “Like a Fire” that makes me excited to know what he’s planning next. “Like a Fire” features a maturing vocalist in Ryan who doesn’t sound at peace with the narrative he’s expressing, but instead quite restless in his verses and what they stand to convey. There’s duality developing in his songwriting that I didn’t see ahead of this latest release hitting record store shelves, and it’s inarguably worth taking some time out to appreciate this July.

Ryan’s fretwork is telling us a story in this song as much as his words are, and he’s careful to position his guitar at the forefront of the spotlight from the moment we press play forward. There’s chaos in these strings, and it’s spilling out into the vocal track within the mix effortlessly by the time we get into the second half of the song. He’s fighting off a droning wall of guitar-born meandering at the 2:10 mark, but his voice is resolute and confident to such an extent that his attitude is infectious beyond compare.

Tonally speaking, I think Ryan sounds a little more in control here than he did in “Breathing,” and it’s not because of the rigid tempo alone. He seems more comfortable with the groove he’s cultivating in this single, like it’s coming naturally rather than as the result of strenuous rehearsal. Whether he’s contending with an enormous guitar part or just faintly slipping his words between the percussive pulsations in the chorus, he’s got a Zen attitude in “Like a Fire” that I want to connect with as a listener and as a critic. It’s not simple enough to be hypnotic, but this is absolutely more entrancing than what you’ll find casually browsing pop radio this season.

It isn’t surprising to me that Jack Ryan is trending as much as he is right now, and if you check out “Like a Fire” this July, you’ll understand exactly what I’m saying. Ryan’s got the personality of the fun pop singer/songwriter down perfectly, but it’s obvious there’s a brooding layer to his artistic makeup that is dying to reveal itself to us in a clandestine fashion. I’ll be holding out for a proper LP from this guy in the near future, and songs like this one, “Breathing,” and the profound “Missed U” are the reason why.