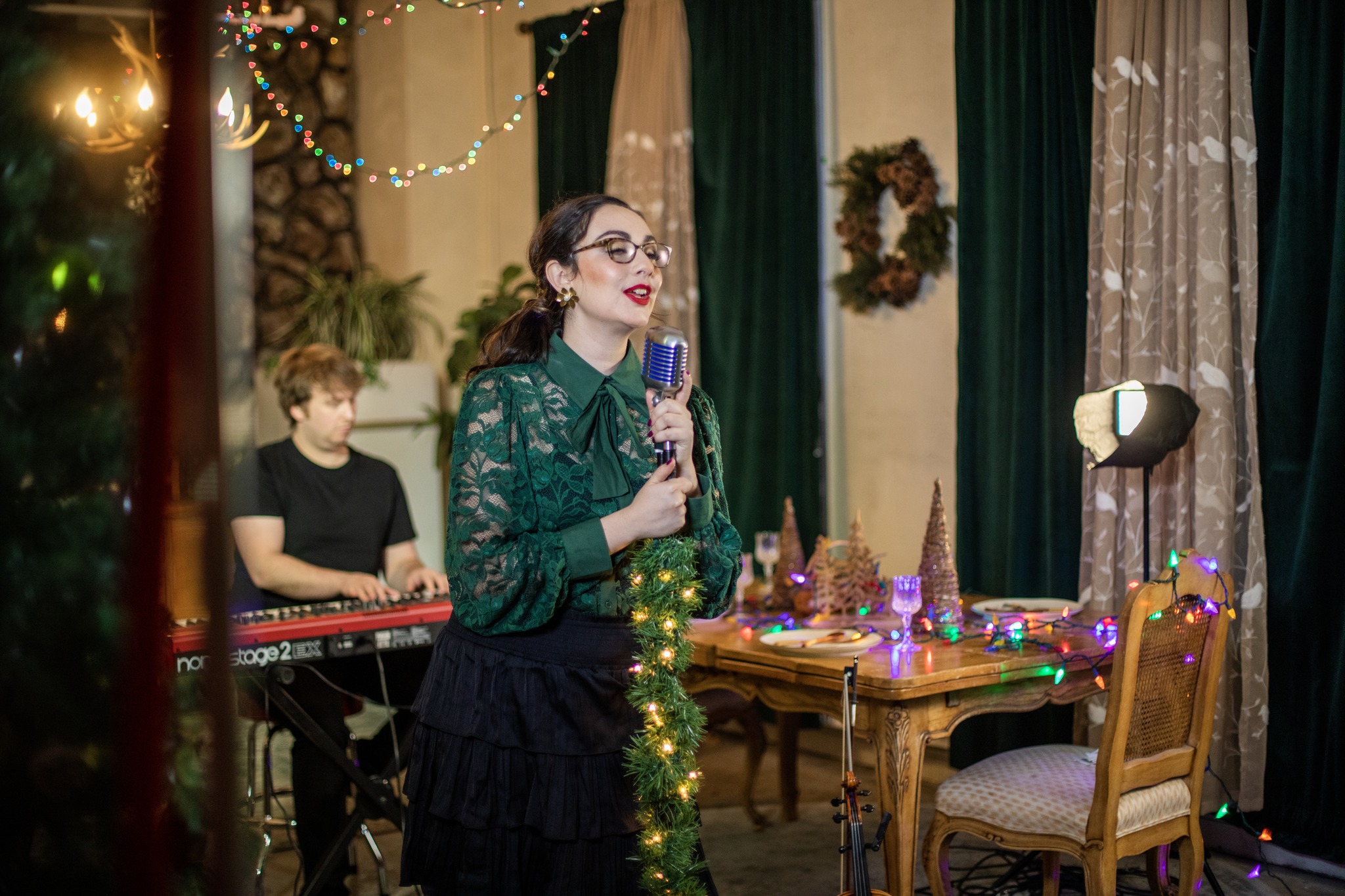 Everyone has a favorite Christmas song — for some, they’ll say it’s the song they “hate the least,” maybe, but it’s still a favorite. It’s always interesting when a musician puts out a Christmas record because you don’t get a single answer to the question, you generally get at least ten. In Haley Dreis’ case, she gave us 11 (including 3 of her own.) Cozy Christmas, her new Christmas album, covers the bases of classic Christmas ballads, entirely new material from an indie artist on the rise, and even takes a stab at one of the most influential folk Christmas songs of all-time by way of a Joni Mitchell cover. It’s an ambitious thing for a Christmas album to do, but Haley Dreis does it all and more.

Cozy Christmas opens with the perfect choice of “Have Yourself A Merry Little Christmas.” It’s a gentle recalibration into the holiday spirit by way of Haley Dreis’ soft voice and gentle instrumentation, and the choice of this track as the first feels like a natural decision. A Dreis original, “I Can’t Wait For Christmas,” comes next and gives listeners a catchy track full of Christmas glee and anticipation — it’s bubbly and earnest, and feels like a classic destined for future holiday airtime. Next, “Deck the Halls” appears in a form far from its traditional carol. A gentle piano and guitar rendition captures the same vivid energy, but there’s far more warmth than most renditions seem to capture. “Silent Night” is a true standout as far as the covers go, with Dreis’ voice and arrangement feeling as true to any original as they come — it’s peaceful, warm, and full of genuine spirit in a way that feels touched, but the guitar part allows the track to feel like its own thing, still. It’s an impressive feat.

Shifting into a more upbeat headspace, “White Christmas” appears next and the acoustic guitar rendition with mild synth flourishes is a perfect new twist on the Christmas classic. Dreis’ vocals feel made for Christmas music, and around this point (the string solo) I started thinking about how I could listen to several more volumes of this stuff, Sufjan Stevens style. Her next original track “Christmas Cheer” feels like the “single” choice from the album as it channels pop vibrance in the best way possible; there’s a cheerful energy bursting from it at all ends, and while the song never explodes into anything unbridled, there’s the same energy as something that could potentially do it. It’s an impressive song with its restraint and melodic knack. “Jingle Bells” and “Winter Wonderland” are fantastic takes on some of the most covered Christmas songs of all time, offering a new enough take on both to make them still have merit among the album’s tracks that some will recognize less. “River,” the aforementioned Joni Mitchell cover, is excellent — it’s a heartbreaking song, performed with heartache and some incredible vocal skills. “Holidays Are Hard” is a Dreis original and hearing it right after “River” packed a punch. The song details the idea of a holiday after suffering a loss; it’s a deeply personal track and feels like a bittersweet penultimate track.

“Should auld acquaintance be forgot…” The album comes to a close with Haley Dreis’ take on “Auld Lang Syne,” and of course she kills it. It’s a fantastic sendoff for a memorable Christmas album, full of impressive covers of some of the most well-known songs of all time. Everyone has a favorite Christmas song, and after hearing Cozy Christmas, you might just have an album full of new ones!