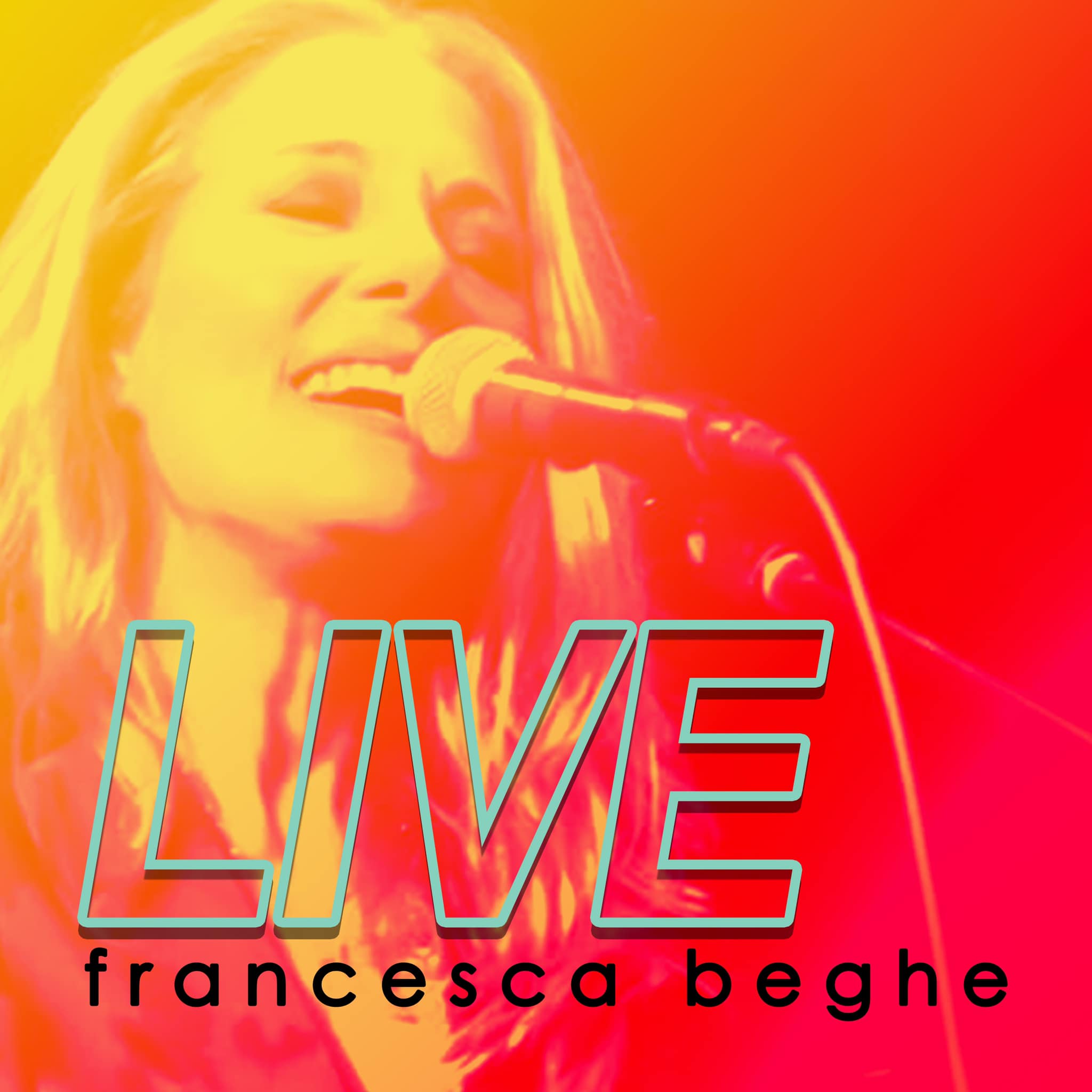 You might raise an eyebrow as to why it took 20 years to get back on stage. You might. You also might raise a glass and raise your hands in ovation for that artist that had the courage to step back into that spotlight. Singer/songwriter Francesca Beghe sings as if no time has passed at all in the album Francesca Beghe Live. Packed with 14 performances, these songs are rich with bluesy tones, melodic electric guitars and some simply acoustic, beautiful tracks. At the center of it all is an artist with a voice that can harmonize like an angel but still have the devilish, whiskey-laced rocker presence. Francesca Beghe Live is hands down one of 2022’s most brilliant releases.

Recorded live during a slate of pre-pandemic shows in 2019 and 2020, Francesca Beghe Live features Beghe in her first full band shows in over 20 years. According to her press materials, she enlisted the help of her very trusted musician friends to make up her band: Tony Garnier (Bob Dylan, Paul Simon, Tom Waits), Jerry Marotta (Peter Gabriel, Paul McCartney, Sarah McLachlan), Marc Shulman (Suzanne Vega, Celine Dion, Chris Botti), Daniel A Weiss (Joan Osborne, Al Green, Anthony Rapp), Zev Katz (Ben Harper, Sheryl Crow, James Taylor), Diane Garisto (Paul Simon, Steely Dan, Laura Nyro), and Emily Bindiger (Carol King, Leonard Cohen, Buster Poindexter). I only point out the length of time because not in a million years would I have thought any time had passed listening to her voice, her confidence and her enthusiasm being displayed in these tracks.

True, there are some songs that call for a different demeanor – and while we don’t get the banter happening between the tracks, you do hear the audience cheering and clapping. The first track, “Enlightenment” immediately establishes that this album is going to be something special. You really don’t feel like she’s cutting through any cobwebs – the fire is still there. The guitar riffs, the bluesy organ dives right in. From there, “No Use Talkin’”, and “Angel Choir” offer up interesting, albeit different chapters to a long collection. “Angel Choir” definitely changed courses after the first two tracks. It’s not a bad thing. I felt like the song really had Beghe sharing some intimate moments in her life. While the first two tracks get the hips moving, the heart pumping a bit faster, “Angel Choir” felt like she was giving a large hug to the listener.

“LA Came to Meet Me” is a lovely ode to Los Angeles. I loved the line where she sings the soundtrack to the act of letting go, we were on an upswing! She sounded so positive, so personable. She really honors these lyrics, they are her heart. It has a jazzy piano music bed, with a persistent percussion. You can almost feel the sun warming your skin listening to this one.

Other standouts include “Dreamworld”, “Listening Wind” and “Trust In Me.” “Trust In Me”, a song that Beghe wrote with Charlie Midnight and Marc Swersky is featured on the biggest selling-soundtrack of all time: The Bodyguard. On the soundtrack, Joe Cocker and Sass Jordan take on the vocals, but Beghe’s version is deliciously splendid. As are just about all the tracks on Francesca Beghe Live. It’s well worth the wait.