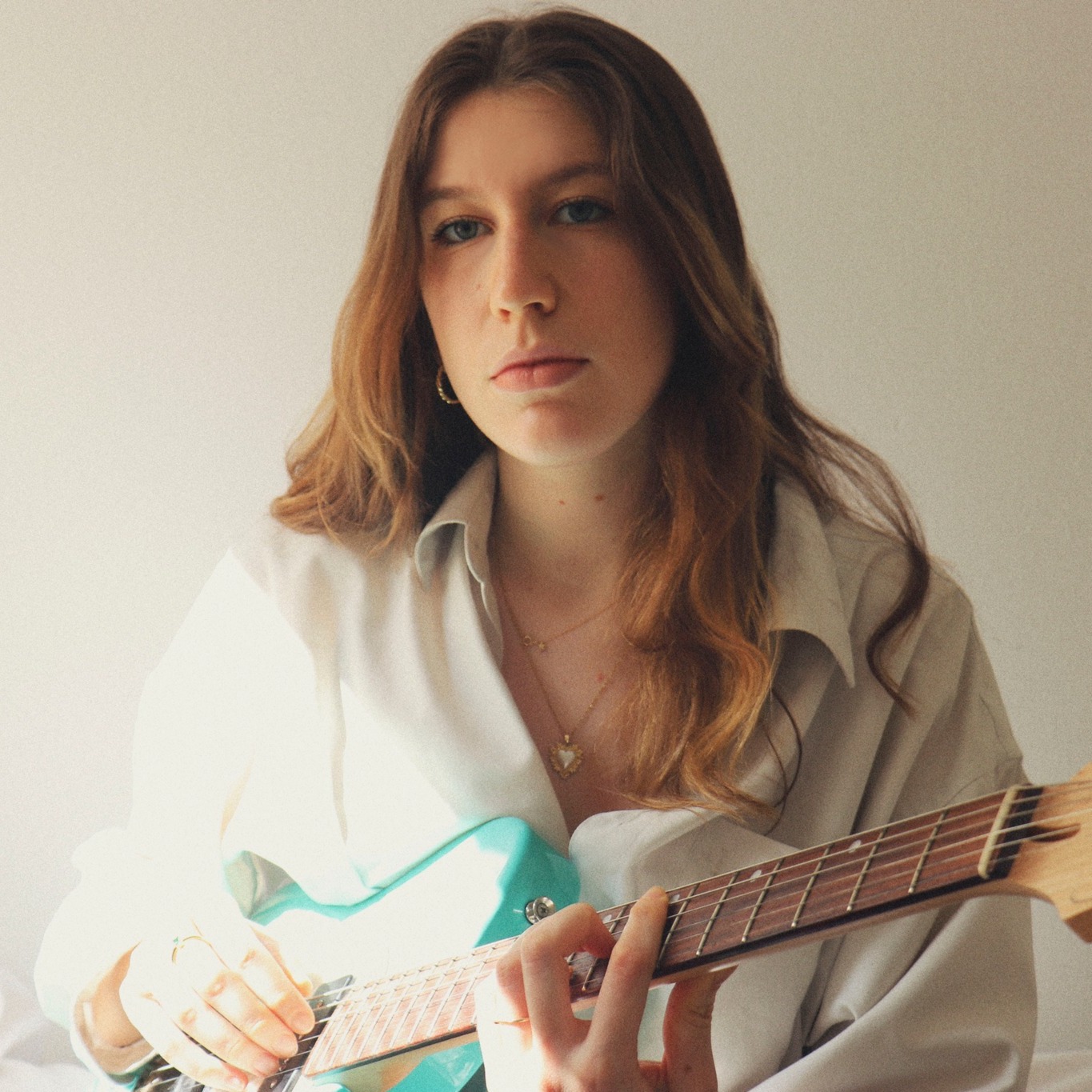 Ella Blicker wears her heart on her sleeve in the intriguing “Owe It All”. There is no mystery to the song’s instant rapport, but within the song’s surreal music bed lies an artist that sews together a tapestry of discreet vocals – she sings as if she were just singing for herself. Still, a flicker within that seemingly tiny voice of hers is an artist waiting to ignite the world. Speak softly and carry a big stick – as they say – Blicker holds the listener’s attention in an almost suspension of time in “Owe It All”.

Blicker gives the listener a setting to day dream, to escape to. “Owe It All” has in Blicker’s voice a blissful, albeit, under the radar or mix, but she flows the rhythms seamlessly. The tempo is tip-toe like – like she’s emerging. I also imagined Blicker putting these words in her journal – the pen to paper movement so perfectly paced to the dainty piano. Blicker, who studied classical music (violin) starting at age three, crafts an interesting balance between the movement of the music and the way her voice seems to intertwine between the measures like an ivy growing up a brick wall. There’s a definite bounce and fragility to her voice, and the music itself is cloudy and airy. She creates a rousing mix of drama and yearning within the loose boundaries of the music. She’s also an instrumentalist and you get a fulfilling sound that while it doesn’t boast a roaring sound, it is complete and complex. The music has depth.

When she sings, Blicker elongates the words, as if she were a Pilates instructor stretching the quad muscles for minutes at a time. You want to live in that kite that she flies, with the words trailing as they dance in the sky. Since Billie Eilish burst onto the scene, I’m hearing more and more vocal deliveries that challenge the status quo or sound much more interesting. I would add Blicker’s unique voice to a list of ‘vocalists to watch’. She has a lot to say, and the way she cradles the listener closer to her own form of communication is bold. For as much as she sounds like a loud whisper, she’s bursting with vibrancy. No one knows how you mean to me, she sings. It’s such a subtle pop song. She sets the tone – creates such an inviting and emotional mood. I could relate to wanting to share a song like this to a special someone in my life.

Blicker is a 2021 graduate of Macaulay Honors College at Hunter College, located in New York City. She double-majored in music and biology. Her influences include H.E.R., Janelle Monae and St. Vincent. I’m impressed with Blicker’s artistry and the way she sounds so at home, so at ease with herself behind the mic. “Owe It All” is Blicker’s second single. It follows her debut “Don’t Got Time”. I’d love to hear these songs live and I have a hunch we will hear more of Blicker in the near future.