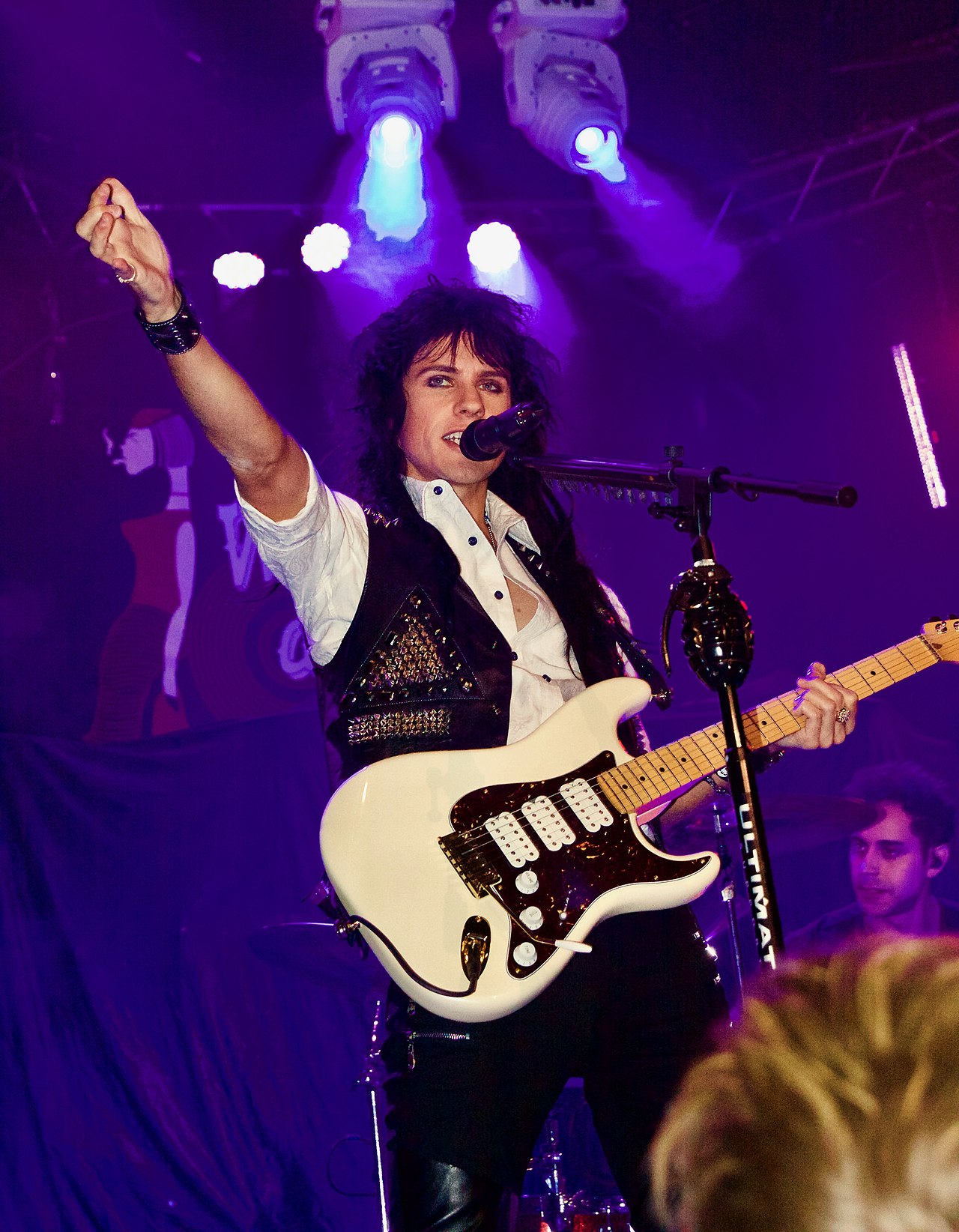 Rocky Kramer is a guitar virtuoso, often being compared to the greatest guitar players in the world. Rocky recently performed at the SohoJohnny Let Me Help Inc/ #IAmNoJoke benefit concert along with some of the greatest musicians on the planet including Ozzy Osbourne, John Lodge, Steve Vai, Leland Sklar, Kenny Aronoff, Tommy James, Verdeen White, Ten Years After and Rick Wakeman.

Rocky Kramer is a modern-day Viking, replacing his ancestors’ axe with a guitar. Conquering the world with power chords and melodic shredding! Being a power singer, musician and songwriter, he’s a triple-threat with a sound that is infused by both baroque influences and 80’s rock!

I sat down with Rocky Kramer for a Q&A about his new single “Alcohol” and his stellar career…..

What was the inspiration for your new release Alcohol?

I wrote “Alcohol” when I was sixteen. I wanted the song to start with a calm guitar, then go into an instrumental part with a growing intensity. The second half of the song, which is also the single edit, makes you want to tap along with your foot, as it features powerful horns and vocals with a fun guitar-keyboard duel in between verses. The song structure is mimicking the effect of alcohol in a way, which isn’t what the song is about at all. I wrote the lyrics in a way that it can be interpreted in multiple ways, even though I had something specifically in mind. Alcohol can be good and bad, so there are several things in life it can help describe, depending on your experience.

Do you have any new projects on the horizon?

I’m working hard on the music for my next studio album these days. I wrote these songs as a teenager, but I’ve learned a lot over the years, so I’m making sure that I use all that knowledge to improve the songs as much as possible. I’m essentially stripping them down to their skeletons and building them back up again. I’m very excited about it! I’m also involved with another project that’s in the early stages, but will be very exciting to talk about, once we make it official!

Your first music video for Rock Star debuted with more than a million views on Facebook,https://www.facebook.com/watch/?v=847948675589056, and more than a half million on YouTube, https://youtu.be/SKx6zN1DydQ. Are there any similarities between the Rock Star and Alcohol videos?

Unfortunately, no. We produced the Rock Star music video well before the pandemic shut down the music industry as we knew it. The Rock Star music video was big production, with animation, shot in multiple locations with full film crews. We simply couldn’t conceive of such a production during the pandemic. The Alcohol music video is therefore a “quarantine style video” shot entirely following “stay-at-home” rules.  We had huge plans for that video and it’s sad that we couldn’t carry those plans out, but everyone’s health is far more important than a music video. On the other hand, I do believe the video documents the challenges of our times and perhaps makes Alcohol’s message more poignant.

In your opinion, how has your music benefited society?

It would be difficult for my humble mind to say that my music has benefited society, but I hope that what I do provides a form of entertainment or relief that makes a difference in the lives of my fans. I can say that the fans have changed me. I really enjoy interacting with them and finding out what part of my message touches them. Until the pandemic spawned my weekly Twitch show, I didn’t realize I was resonating in countries like Canada, Brazil, Argentina, Chile and Guatemala. I’m only getting started so maybe one day, one of my songs will change the world!

Can you please talk about your Tuesday night show?

Sure! On Tuesdays, I turn my camera on, grab my guitar and rock out for 2 hours straight on Twitch. The show is called “Rock & Roll Tuesdays with Rocky Kramer” and begins at 7 PM Pacific. It’s a fun way for me to entertain fellow rockers and metal heads, while we can’t go to actual shows. Because it’s live, I get to interact with people from all over the world through the Twitch chat. It’s been the perfect way to deal with being stuck at home all this time. The show has developed a loyal following that reaches nearly every continent, both live and through the VOD replays.

Now that the world is reopening, will you be touring?

I can’t wait to start touring now that the world is beginning to open back up again. I was supposed to play a number of the Strawberry Festival dates in China during the dreaded 2020, but of course they all had to be cancelled. We’re discussing rescheduling those appearances along with some European and U.S. dates, for this year. I definitely want to play Latin America, where rock and metal seems to be a way of life! It’s too early to say anything specifically, but the dates will be announced on social media and my website as soon as they’re confirmed, so stay tuned!

Many people have learned a lot about themselves during these crazy times, is that true for you and if so, what have you learned?

I’ve learned a lot. Or at least, it has changed my perspective in a few ways. The thought that the whole world could essentially shut down was a concept no one would have believed a couple of years ago. It shows how fast your life can change, or even worse, how fast millions of lives can be at risk. I believe it’s made me less selfish and concerned about myself. I now try to look at the world as a whole and figure out what’s best for our planet, rather than just what’s best for me, which is easy to do when you’re young and full of dreams. I still can’t wait for things to go back to pre-pandemic conditions, but at this point, maybe it will feel privileged just to reclaim our old lives again. I guess we’ll find out soon!

The official website for Rock Kramer may be found at http://www.RockyKramer.com