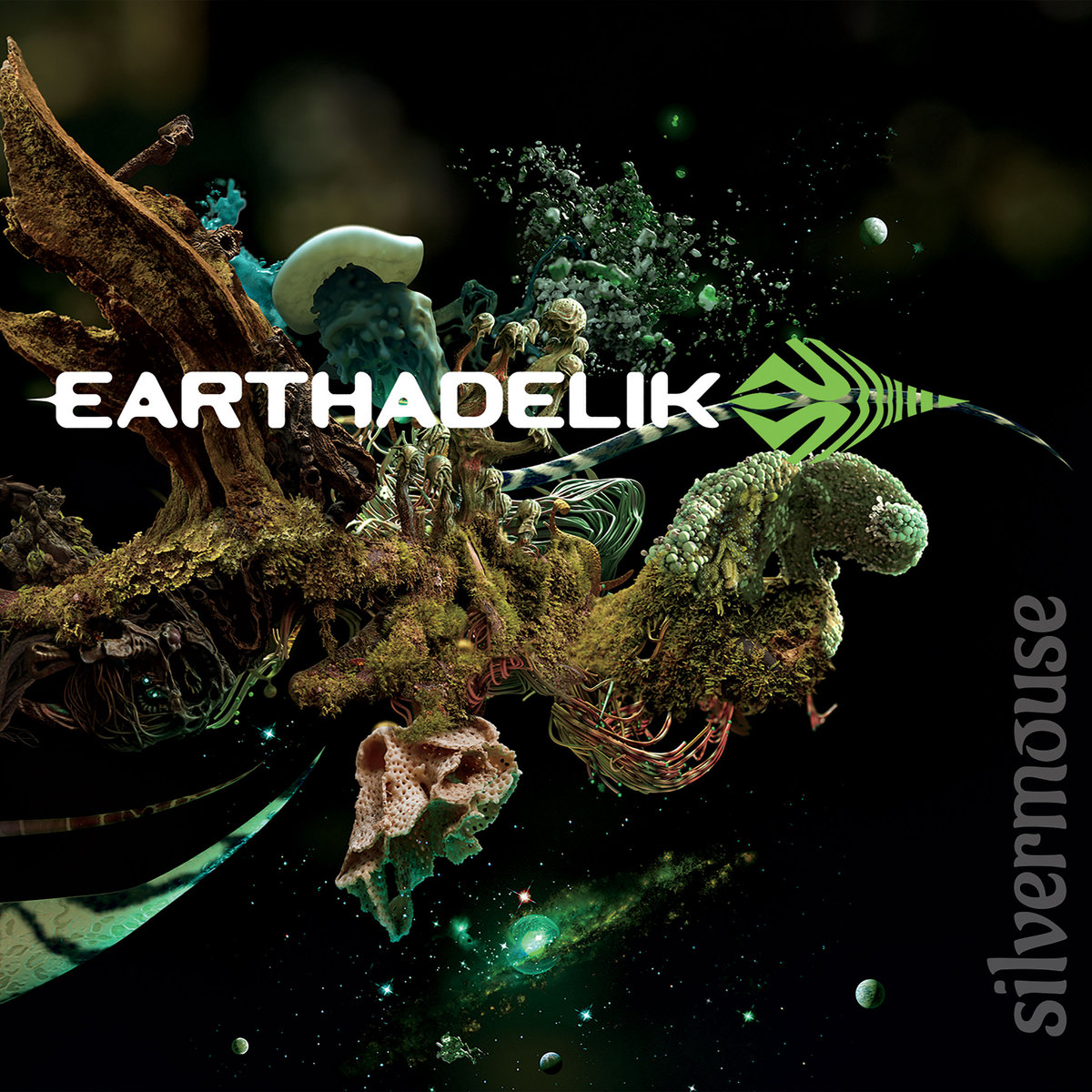 With a swaggering elegance that will compete with a vengeful sonic edge in all nine of the songs it’s joined by in the new album Earthadelik, Silvermouse’s “Down” enters focus with a sensuous sway, emitting one intriguing strand of melody after another until we’re drowning in a sea of beautiful, multicolored noise. Its structural antithesis, “Spores in My Dermis,” sits on the other side of the tracklist waiting to eviscerate anything and anyone that comes in its path with a devastating thrust of bass, but in between the former and the latter, there’s a cool, destructive cocktail for us to sip from in most every song.

“Little Ratty” glistens with a synthetic pop hook that is never fully-realized in the seven minutes-plus that the track lasts; it’s only ever teased to us with a pendulousness unconscionable to anyone with a lust for eroticized beats. In Earthadelik’s introduction, “New Moon” grips the audience with a similarly stinging bassline, but it isn’t until we get a little deeper into the record, in songs like the progressive “Freaks and Lovers,” that we’re able to hear just how potent a force Silvermouse can be when they’ve got everything clicking into place creatively.

The volume swells in “Hot Button Wild Boom” definitely make the track feel like some sort of an inescapable whirlpool in the middle of the ocean, but as intimidating as both this song and its spiritual sister “Existence Experience” are, I think “Dream Valley” is probably the most suffocating performance to be played on Earthadelik. There’s a lot to the muscularity in this Puerto Rican pair’s sound, but it’s important to note that they do everything necessary to distinguish their style of sonic violence from that of their lazier contemporaries (who rarely even conceive any “big” music without thinking of absurdly gargantuan basslines exclusively).

“Venus Feels Like That” will slap you in the face if you’ve become too entranced in the music that comes before it in Earthadelik, but while this track and “Beef in D Minor” are both as volatile as can be – within the parameters of aesthetical acceptability, of course – they don’t make for strange bedfellows here at all. To a certain extent, Silvermouse are sounding more on their game in this record than they have in the last ten years, while to another, they’re coming across as boldly experimental, and more importantly, ready and willing to try anything in their music again.

Whether this is your first time picking up their work or you’ve already been keeping tabs on their story since day one, I highly recommend checking out Silvermouse’s Earthadelik if you’ve got a hankering for psychedelic surrealism. I wouldn’t say that this is the most profoundly experimental album that I’ve reviewed this year, but along with Reed Stewart’s Mallet and Streaking in Tongues’ Oh My Darlin’, I think this is one of the very best to be released in the American underground in the last two years. Silvermouse are making outside of the box music for an outside of the box generation here, and that in itself deserves a commendation from critics around the globe this December.