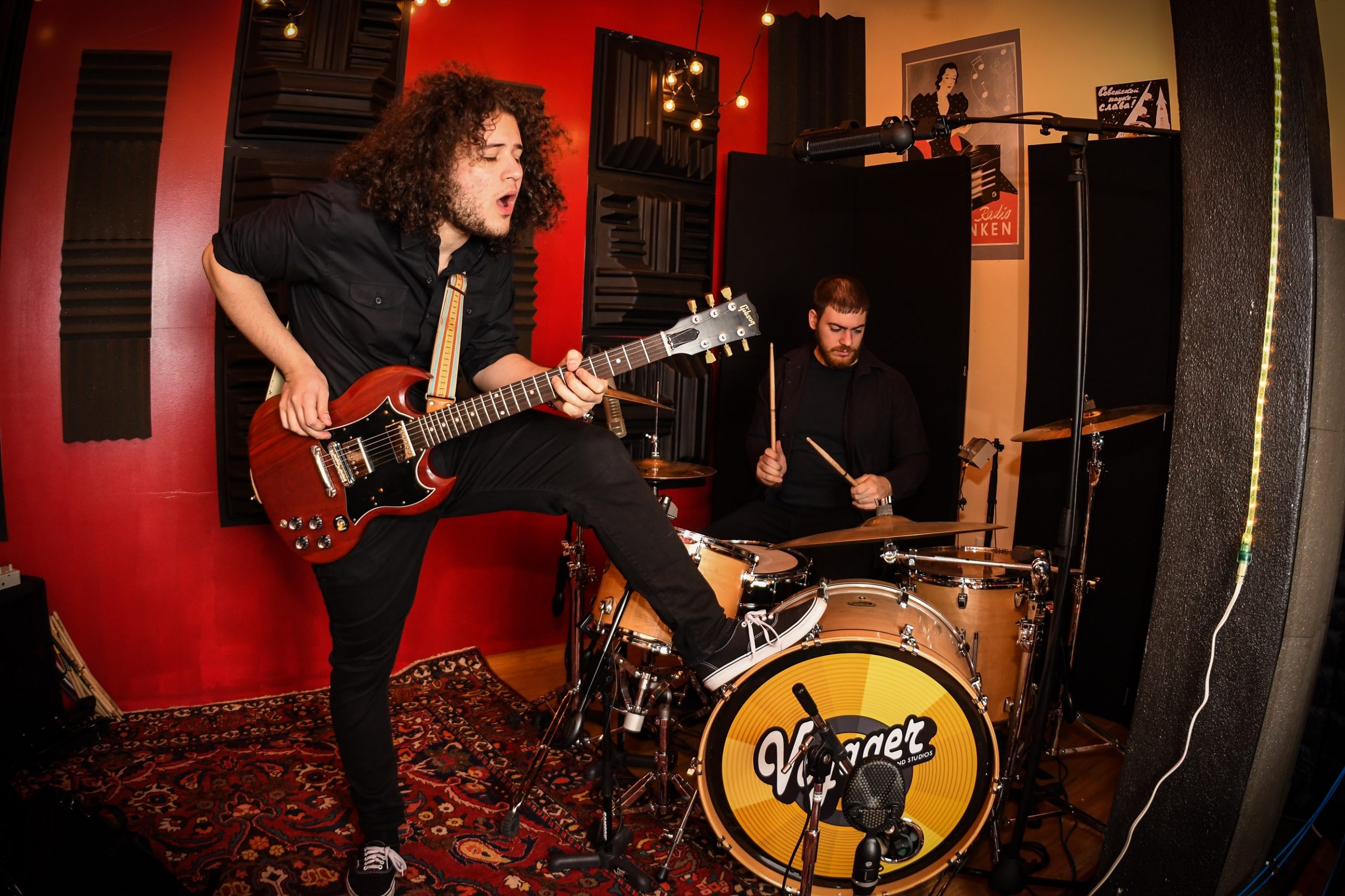 If you follow rock music in any capacity, then you already know that the last five years or so haven’t been the greatest era in the history of the storied genre. That said, NYC-based rockers King Falcon aren’t letting the current culture stop them from banging out some of the slickest riffage around in their new single “Shake! Shake! Shake!,” an aptly-titled tribute to grooving. Whether you’re a hardcore rock fan or simply a casual observer of the big beats this style of music is known for, “Shake! Shake! Shake!” is a song and video you should really be examining right now.

There’s a heavy garage rock influence over the drum style in this track that immediately made me think of another famous duo in The White Stripes, but this isn’t to say that anything here feels recycled or unoriginal. On the contrary, the spirit of unrelenting rock charisma that many say died when The White Stripes broke up so many years ago appears to be alive and well in “Shake! Shake! Shake!,” hitting us at full force between the melodic eruptions being distributed from behind the microphone. It’s a tip of the cap to the past yet the depth of the songwriting feels very here-and-now.

The video for “Shake! Shake! Shake!” is pretty cut and dry, even with all of the minimalism trends making it into the headlines lately, but King Falcon didn’t need to fill these shots with any more grandiosity than they already did. In order for the music to remain the primary object of our affections, anything more than the eye-candy dancers and Joe Cool-style performance from the band needed to be kept on the sidelines (something I wish this group’s rivals would try doing sometime). These guys are musicians through and through, and their rookie video asserts where their priorities are – and hopefully where they’ll stand in the future as well.

Though I really like the studio version of “Shake! Shake! Shake!,” I can’t help but wonder whether or not this song was written specifically with the stage in mind. To some degree, all rock songs are composed with the idea of the band exchanging emotions with a crowded concert hall full of people, but this track seems particularly geared towards live performances in which its stomp could be properly received. Their upcoming releases will tell us more about their potential, but this is definitely enough to get me more than a little excited.

King Falcon still have a ways to go before they can claim the same place in the hierarchy of great rock dynasties that some of their influences currently do, but with “Shake! Shake! Shake!” as their first official release, the future of their music is looking very bright indeed. Rock has been accused of being dead so many times in the last three decades that it’s almost surprising critics are even making the remark anymore, and in this single, King Falcon make it all the more difficult to believe in such nonsense with their riff-centric righteousness.