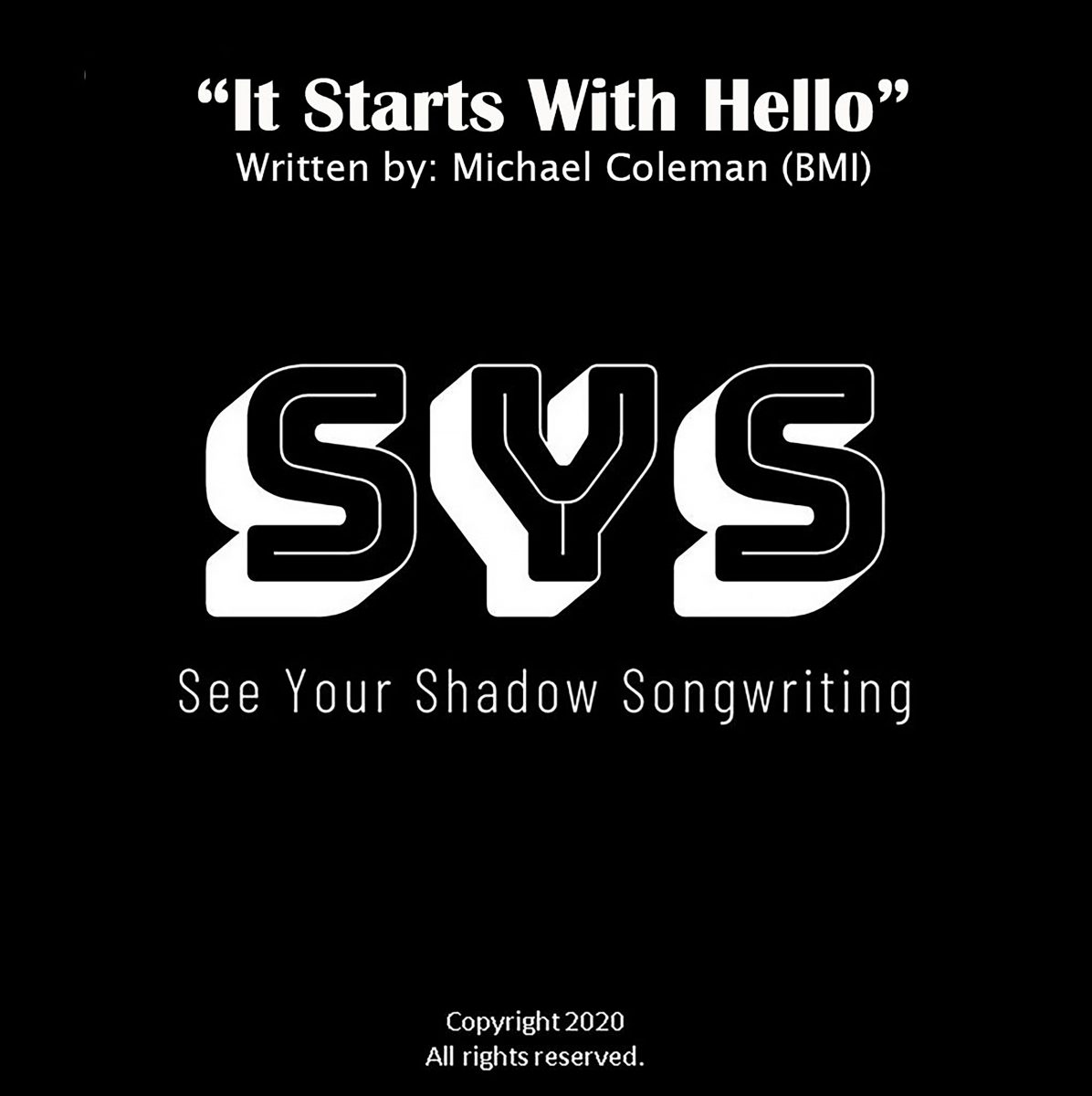 See Your Shadow is a musical project, originally formed in Ohio, now based in Phoenix. The man behind the idea is Michael Coleman, AKA, The Metropolitan Cowboy. The name, See Your Shadow comes from Coleman’s birthday; Groundhog Day. See Your Shadow isn’t a traditional group, with a core lineup. They are more of an idea, and they have guest musicians who all contribute to the creative process.

The newest single by See Your Shadow, is the philanthropic piece, “It Starts With Hello.” Coleman says the song was inspired by the increasing diversities that are coloring our world, and how the word hello, is still the one that introduces us to one another. No matter, where you are in the world, saying hello in the native language is the way that we break the walls that divide us. It’s a simple, but merited concept, that anyone can relate to and understand. It’s the type of song that gets you in the feels, without the emotional fervor.

The recording quality is high on “It Starts With Hello.” Everything is blended nicely into the mix, and the volumes are ideal. The drums are especially stand out, and you can actually hear a hint of the band’s Electronic background, momentarily, during the intro. The guitars have that perfect meeting of clean, with just a pinch of electric and Coleman’s vocals are solid. This is a track that showcases a group that is well tenured, but has yet to shed that initial enthusiasm.

With open mind and hearts/understanding starts/much is gained/when we speak this word. This is one of those tracks that has lyrics that don’t insist upon themselves, yet might be the cornerstone of the song. The lyrics are poignant and diplomatic, and they resonate, instantly, even if subtly. At the heart of a track like, “It Starts With Hello” is its message. The Country genre is probably more narrative friendly, and inundated with meaningful implications, than it’s often given credit for.

See Your Shadow feels and even sounds like a concept that is destined to undergo a series of alterations as time goes by. They’ve already made a relatively massive genre leap, and they have done it, credibly, and effectively. As an artist and a fellow Aquarian, Michael Coleman is predisposed to undergoing massive ideological and identity shifts. The overall impression is that he is a humanitarian at heart, and that is what he will most likely continue to subscribe to the philosophy of. “It Starts With Hello” is a song that is well written, and well performed. It’s music that’s easy to translate, yet difficult to comprehend until you are fully aware of its presence.

While the genre might be polarizing to some, “It Starts With Hello” is highly recommended. I experienced a sense of comfort, and even hope in listening to it. It’s refreshing to hear music that has a positive agenda, with very pure roots, and a beating heart.