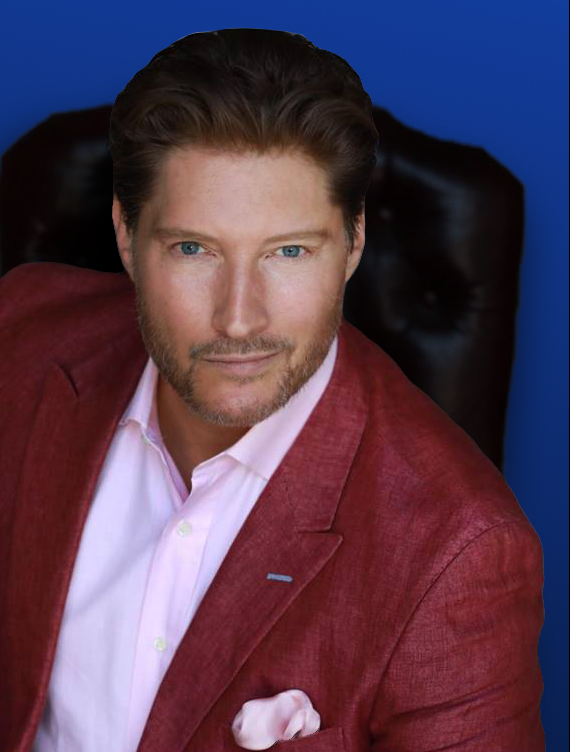 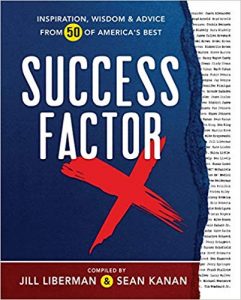 Sean Kanan is best recognized for his roles as, A.J. Quartermaine on General Hospital, Deacon Sharpe on The Bold and the Beautiful and The Young and the Restless, and his portrayal of Mike Barnes in The Karate Kid Part lll. He has most recently finished filming a new movie called, “Verotika.”

I spoke with Sean regarding his inspirational new manuscript as well as his new movie. As one of the nicest guys in Hollywood, he was candid, fun and extremely well versed.

What inspired you to write the book and what is it about?

The Genesis of how this came about is Jill Liberman, who I hadn’t seen in many, many years, called to wish me a Happy Birthday. I had been in a book that Jill had put together called “American Pride.” By the time we got off the phone Jill and I were writing partners. I had kind of pitched this idea, we talked it over and by the time we were off the phone we had come up with the idea for “Success Factor X.” Jill and I both are invested in success. We want success for ourselves, success for our friends, for our family etc.. We were talking and the country is so divided right now. Things really haven’t been this divisive since probably Jim Crowe in the 60s and the Civil War before that. We thought “what is something we can do that is going to be a unifying force that’s going to act as a conduit, a bridge to help people find common ground?” So, we thought everybody is invested in success, and we thought that was a pretty good subject. We agreed on the subject of success because everyone wants success for themselves and their children. Success is really one of I would say, three or four pillars that support a great life. You want to have a great job, something that you love doing, you want to have health, you want to have a great quality of relationships, and you want to be successful. Jill and I decided that a book would be a great platform for this. That’s where “Success Factor X” was born. Jill has worked in various fields of entertainment and is a motivational speaker. I’ve been in the entertainment business for 30 years and we know a lot of people. So we constructed an email and reached out to some of the most amazing people that we know, like Mark Cuban, Anthony Robbins, we’ve got KC from KC and the Sunshine Band, Run DMC, we’ve got several people from daytime television, Susan Lucci, Steve Burton, Jason Alexander from Seinfeld ….. we’ve got a really, really eclectic and cool group of people who were great to do this. They all constructed organic and unique submissions for their participation. There is a beautiful colored picture of every one of the participants. Each one of them wrote something really heartfelt, and I think what’s really interesting is the common denominator that we found. No one said, “Wow, I’m successful because I have a Learjet, or because I have millions and millions of dollars, or because I’m famous.” None of that came into play. Really pretty much across-the-board they talk about the ability to inspire other people, to transmit love, to feel successful internally based on that barometer that we all have inside of us that determines if we’re successful. That was a really interesting commonality that emerged as we did this. So, from that I think, I don’t think I know, that our readers are going to be able to extrapolate some really interesting and important information from all of these people that have achieved so much. Obviously, you can get so many books from Anthony Robbins who has been a mentor of mine for many, many years. Everything he says is amazing but you’re reading a book that is only written by Anthony Robbins. Our book combines the wisdom of 50 different people. I think that’s where the uniqueness of this book really comes through. Of course, Jimmy Star was gracious enough to write a fabulous foreward for us. So I am really excited about it. The book is now available for pre-order worldwide.

I’m going to ask you a question, but please don’t take it the wrong way. As A successful person how do you decide that you are successful enough to guide others in their quest for success?

That’s a really good question, and I certainly monetarily and as far as external manifestations are not as successful as many of these people. Specifically, Mark Cuban and Anthony Robbins. For me I’ve always considered myself to be a student of success. I think it’s really important for me to make the pursuit of success a passion for myself. It’s something that I can be a constant student of. So that’s why I did this. I’m not doing it from a position of arrogance. I’m doing it from a position of someone who is internally interested in becoming more successful, exposing myself to people’s ideas, and then hopefully transmitting these ideas and what I’ve learned to others. I hope that answers it.

You know what, that’s a great answer.

You’re so right Eileen, it’s been a recurring question. Who am I to write this book? One of my absolute favorite quotes comes from Marianne Williamson, the brilliant words that Nelson Mandella read at his inauguration.

“Our deepest fear is not that we are inadequate. Our deepest fear is that we are powerful beyond measure. It is our light not our darkness that most frightens us. We ask ourselves, who am I to be brilliant, gorgeous, talented, fabulous? Actually, who are you not to be? You are a child of God, you’re playing small doesn’t serve the world. There is nothing enlightened about shrinking so that other people won’t feel insecure around you. We are all meant to shine as children do. We were born to make manifest the glory of God that is within us. It’s not just in some of us it’s in everyone. And as we let our own light shine, we unconsciously give other people permission to do the same. As we are liberated from our own fear our presence automatically liberates others.” 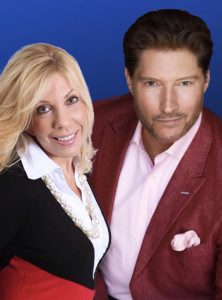 That is something that had a profound effect on me. So, to that end and to your question I thought, “you know what who am I not to write something about this?” If my partner and I had the ability to gather these great people together, and if I am part of the mechanism that helps disseminate this information to others and hopefully has a positive effect on their lives, then that’s really for me what I want my life to be about. Whatever success I have or whatever I am able to do I want to inspire other people to be their best.

Will you be doing a book signing tour?

Yeah, that’s something we will be putting together. Now that the book is available for pre-order, we will be working on approaching venues to do book signings.

You’ve also just completed the filming of a movie where your character is kind of unexpected?

The movie is interesting. It’s called “Verotika” and it was directed by Glenn Danzig, the lead singer of a band called Danzig. He is also lead singer of the Misfits. He’s very, very well-known. So, he had written this gothic novel called, “Verotik.” I have a friend who is actually in my book, James Cullen Bressack. James is a director and producer and I have done several films for him. He asked me if I would be interested in doing this film and playing a character named Sergeant Anders from this gothic novel. I said, “Sure, sounds interesting.” He said the only thing is that I would have to shave my head bald. I said, “I’m an actor that’s not an issue, I do what the part necessitates.” So, I play this really hard-boiled homicide detective on the trail of a homicidal killer. It was a lot of fun and Glenn was terrific to work with. It’s in post-production right now and I’m sure it will be out sometime later this year.

The official website for Success Factor X may be found at https://www.successfactorxbook.com