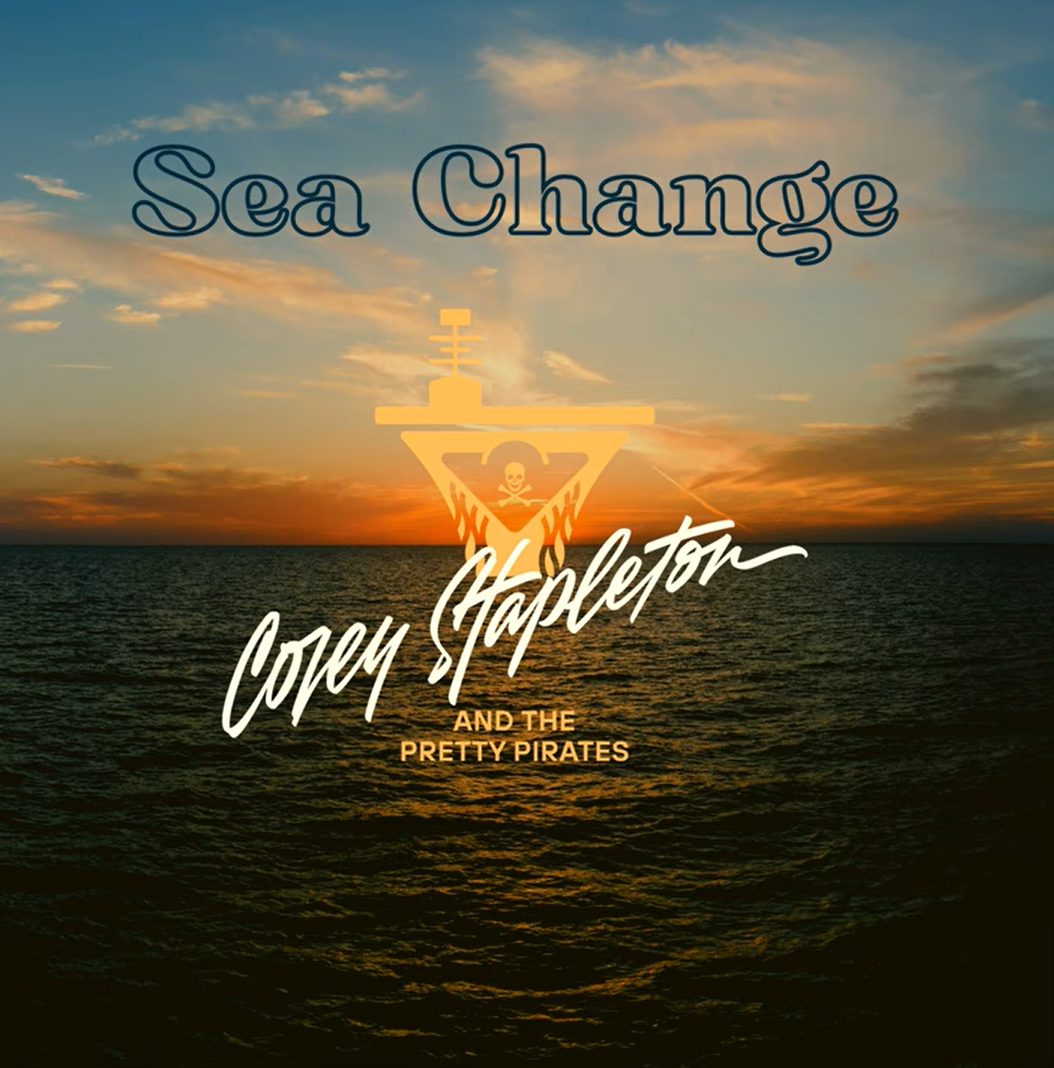 “Sea Change” by Corey Stapleton and his band The Pretty Pirates

Most contemporary country music feels way too invested in painting an image of synthetic pleasures and uptempo lifestyles, and that’s where it always loses me. Classic country never concerned itself with these pretenses but it’s growing harder and harder to find artists that stay true to the core methods that kept the genre alive before the turn of the century. Thankfully, a stellar example of someone who has a steely grasp of what country was, is, and should be has arrived with Corey Stapleton and his band The Pretty Pirates. Their new album Sea Change is a perfect mesh of modern and classic country with some beautiful and unique little tinges throughout that push the genre forward in ways that the mainstream has been sorely lacking.

Corey Stapleton and The Pretty Pirates have done their homework when it comes to paying tribute to the country genre and its fans, but Sea Change is so bold in its approaches that the music never feels derivative. Case in point, arguably nobody else would have crafted the seven-minute epic “Kabul’s Fallen” and used it as the halfway point for their album, but Stapleton and crew do just that and it dynamically shifts Sea Change into two very different halves. Other standouts on the project come with “The Coin,” an emotional piece that builds towards maybe the most musically interesting melody on the project, and “As The Crow Flies,” the shortest entry on the album that makes great use of its brief runtime by baring its heart and soul entirely without overstaying.

“You’re fourteen cities and three states, the distance ‘tween us has to wait, I’ve got acres of memories on my mind; but as the crow flies, your heart is just four inches away from mine.” The lyrics paint a very endearing sense of longing across vast distances, a feeling most can relate to, and this exact tactic is what elevates Sea Change above the competition when it comes to modern country.

Across all twelve tracks, there’s hardly a weak link, and Sea Change functions as the type of project that will reveal new parts of itself to listeners the more it gets played, and that’s the perfect indicator of a long-staying album. Stapleton’s knack for songwriting through narrative gives a fresh angle to Sea Change, and as stated before, the complete independence from what mainstream country is fixated on gives Corey Stapleton and The Pretty Pirates a great deal of credit and respect when it comes to carving out their path in music. For a debut album, Sea Change is all the more impressive as it firmly plants its flag in the musical soil and seems fully intent on sticking around.

Not every debut project has the benefit of being as confident, but every first album should. Stapleton has remarked on his personal Twitter about the decision to record Sea Change with the classic adage “Fortune favors the bold,” and while only time will tell in regards to the public reception of Stapleton’s newly revealed musical talent, there’s no denying the bold mechanics at work behind Sea Change.