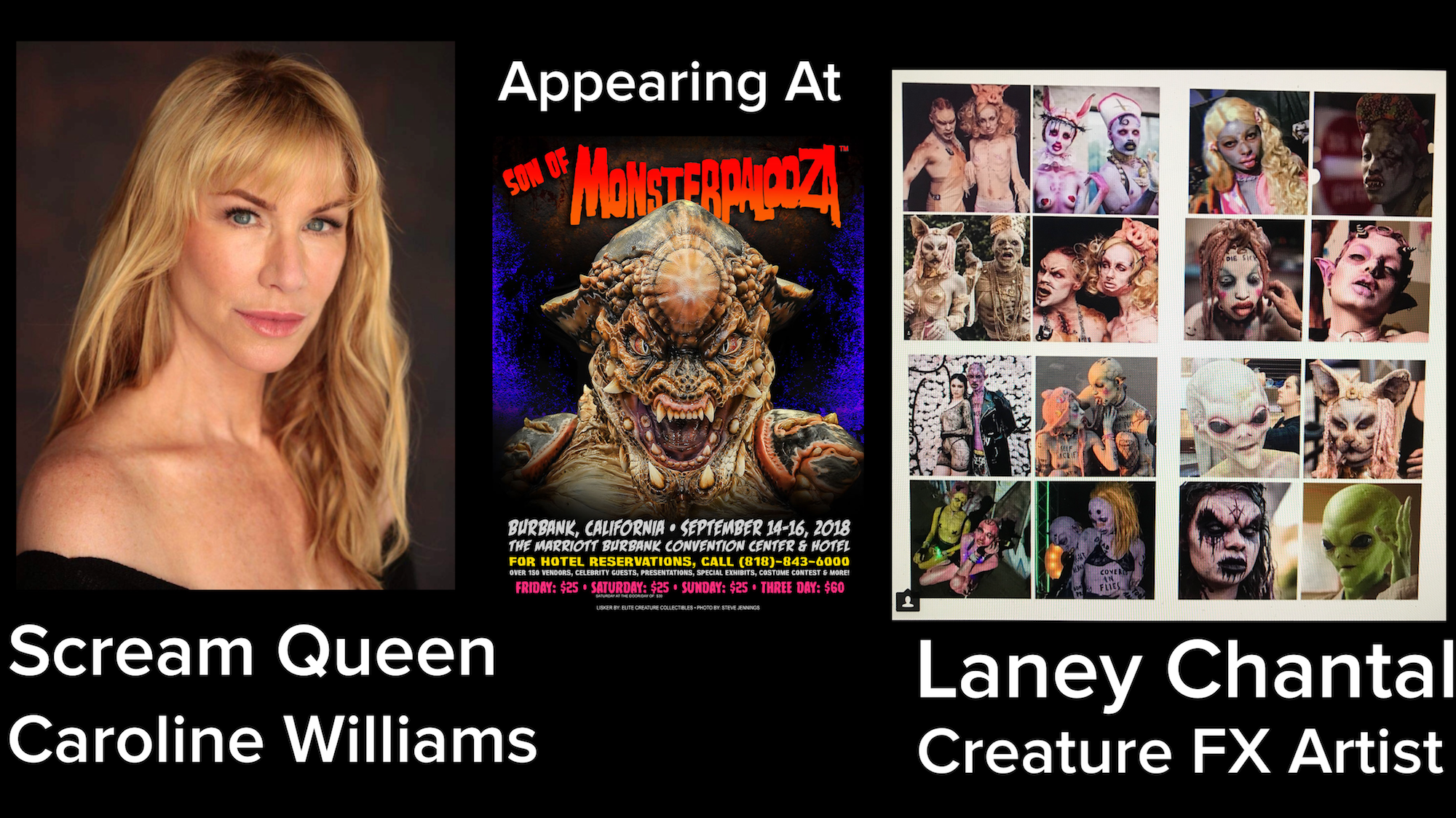 Son Of Monsterpalooza is the offshoot fall event of Monsterpalooza, one of the most highly anticipated annual events for monster lovers around the world. This incredible event is the place to be for fans and professionals of film, makeup, special effects, collectible toys, art and monsters!

Caroline Williams left an unending mark upon the world of horror with her role as “Stretch”, in the unforgiving tale of The Texas Chainsaw Massacre 2. She was the only woman to survive death as she lay there with her legs spread apart in a tub of ice, begging for the chainsaw not to go any further.

Other films Williams has appeared in include but are not limited to: Killer Rose, Blood Feast, Sharknado 4, The Legend of Billie Jean, Stepfather 2, Days of Thunder, Getting Even, Alamo Bay, Leprechaun 3, How the Grinch Stole Christmas, Halloween ll, Contracted, and Hatchet lll. Some of her television appearances include: The Mentalist, Grey’s Anatomy, Suddenly Susan, ER, Nip /Tuck, NYPD Blue, The Division, and Sabrina the Teenage Witch.

Laney Chantal is one of the most award winning monster, mask and SFX artists in music and film. Her notable contributions to music videos and stage effects include working with legendary artists Marilyn Manson, Wednesday 13, Smashing Pumpkins, Muse, Rob Zombie and many more topline acts.

On Saturday, September 15th, 2018 Laney Chantal will be creating an incredible Monster Creation with Scream Queen Royalty Caroline Williams for the Son Of Monsterpalooza Pro SFX Makeup & Monsters competition. The team will be available for photos and signing after the competition. This is a must-see history making event not to be missed.