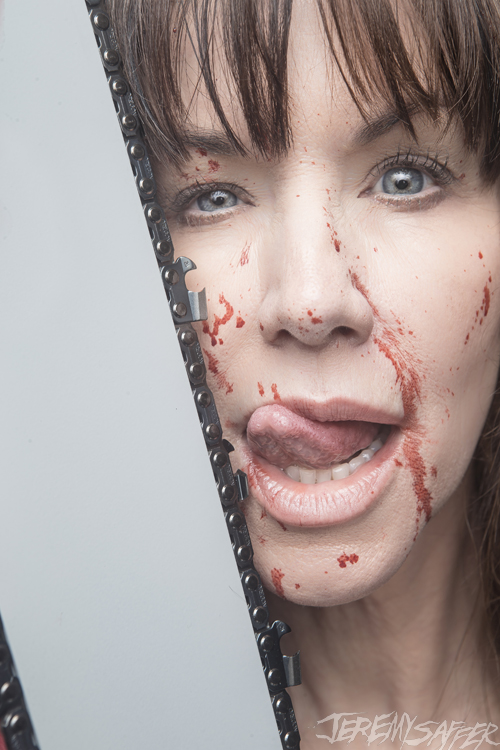 Scream Queen Caroline Williams is a featured guest on the latest edition of the “Dead For Filth” podcast hosted by the extremely accomplished screenwriter/producer Michael Varrati.

Iconic Scream Queen Caroline Williams began her career in Texas, co-starring for revered cinema master Louis Malle is his Corpus Christi-based film, Alamo Bay. She worked opposite stars Ed Harris and Amy Madigan in what was her first feature film, after only six months of training at the Studio For Actors, under the tutelage of Chris Wilson. She had established herself in the Texas movie marketplace doing commercials, industrial films and voiceover work.

Following Alamo Bay, she moved to Dallas and furthered her career, with co-stars in The Legend of Billie Jean (dir. Matthew Robbins) and Getting Even (Dir. Dwight Little). 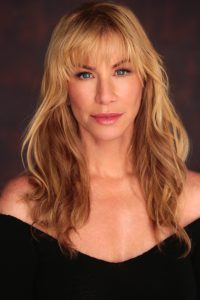 Michael Varrati is a screenwriter/producer/host who has also spent considerable time writing and speaking on the relationship between the LGBTQ+ community and the horror genre. As such, for the last 7 years he has served as the host and curator of Comic Con International’s annual “Queer Horror” panel (which has featured such guests as Christopher Rice and Chris Landon). Finding the time constraints of that annual conversation was not enough, he wanted to explore the nuances and insights of creators on an individual level, and took the concept of those in-depth conversations on the topic and transformed it into Dead for Filth, a streaming radio program that is also released as a weekly podcast to a multitude of platforms. 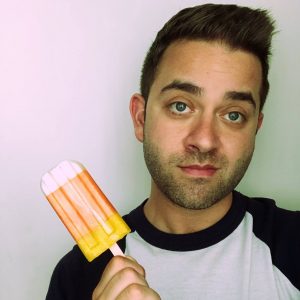 Over the course of the show, Michael has hosted a diverse number of guests from film, TV, and beyond, such as legendary film actress Veronica Cartwright, Jeffrey Reddick (creator of FINAL DESTINATION), Darren Stein (writer/director of JAWBREAKER), actor Thomas Dekker (HEROES, THE SARAH CONNOR CHRONICLES), Michael Carbonaro (THE CARBONARO EFFECT), Peaches Christ, and many, many more, which has led to exciting, insightful, and important conversations. Due to the nature of the talks in each episode, the show has gathered a considerable listener-base (in the thousands weekly) and has been written about by the likes of NBC and Broadway World.

Michael Varrati, “Caroline’s insight and addition to the preserved history of the show is truly wonderful. Her episode is definitely going to be of interest to fans, not only for her stories of making her iconic horror films and her interactions with the likes of Dennis Hopper, Candace Bergen, and Angela Lansbury, but her discussions of the gay community of Houston during the AIDS crisis serve as an important preservation of our history.”

Listen to Caroline Williams on “Dead For Filth” hosted by Michael Varrati on Soundcloud and iTunes here:

The official website for Scream Queen Caroline Williams may be found at https://www.CarolineWilliamsActress.com