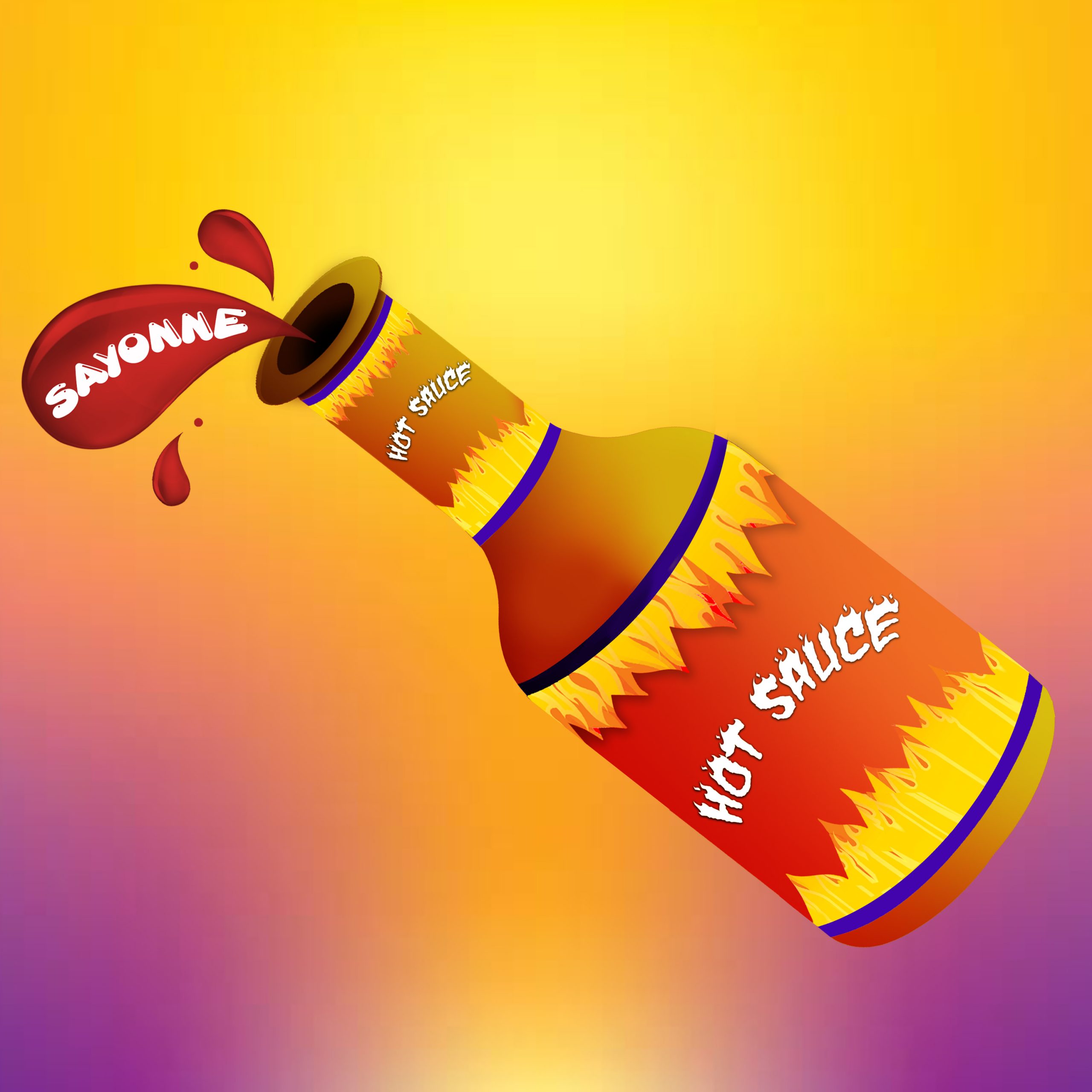 Rising R&B artist Sayonne proudly announces the release of her saucy new single sensation entitled “Hot Sauce.” This is a prelude to her new album soon to be released.

No stranger to the live stage, Sayonne has a history of performing on stage and Off-Broadway musicals. She has also launched and produced her very own record label called 5 Bars Records. Courageously the actor, producer has now become a musical artist eager to fulfill her creative dream. Sayonne and I shared questions and answers regarding her career, her new projects, and her recent participation in the Ali Forney fund raiser for homeless LGBTQ youths.

What inspired your new song “Hot Sauce”, and is there a message that comes along with it?

The inspiration behind my song “Hot Sauce” is my forever desire to uplift the hearts of not only my fans, but also my family through song. “Hot Sauce” was a song that my music team and I creatively stumbled across. My team and I were vibing in the studio conversing and I was expressing to my co-producer [Faraoh Black] and co-writer [Jackie’s Boy] that I wanted something fresh, new, bouncy and up-tempo to contrast the previous works I recorded and have released. At that particular time, I had recorded about 11 new songs in which I shared with my loving brother to see if I could satisfy his musical taste palette and I finally succeed with “Hot Sauce.”

You are currently in the process of creating a new album, what can your fans expect?

Yes, a new album is on the way. I am extremely excited to release fresh material for my fans who have been patiently waiting for the musical continuation after my previous release, 2 Worlds EP. I believe this new album is just the right amount of ear candy that the music scene has long been craving. Due to the pandemic, music is in a little drought, but I am hopeful that my lyrical vulnerability and relative music will make a difference.

You’ve done stage work and off-Broadway projects, what made you decide to go full force into the music industry?

Being in the theatrical world has helped me grow and discover my authentic self within my artistry. My experience in various stage works has greatly influenced my drive to go full force into the music industry. I got so use to the routine of living in someone else’s shoes, stretching my character range, fulfilling someone else’s dreams on stage that one day I mustered up the courage to step out on my own and be creatively free. There is creative freedom when you leap beyond your comfort zone, push through the fears and leave your present security. That is the very reason why I sing, write, record and still perform today.

You’ve also launched your own record label, what motivated you to take on that endeavor?

I launched my own record label [5 Bars Records] because it was time for me to learn the business side of the music industry. It was time for me [Sayonne] to expand beyond my artistry and make sure that my musical works are protected and released without limitation. As the CEO of an independent record label, I have total control over my music releases and whatever other projects I decide to take on. I do not have to answer to anyone, nor do I have to fit the typical musical mold of an executive. Again, it’s all about creative freedom. As an artist we have to be able to express ourselves freely and for me that’s what allows me to create my musical masterpieces.

Was there a moment that you can recall that changed the trajectory of your life, or are you still waiting for that moment?

There have been many minor moments that have changed the trajectory of my life, some for the better and some for the worse. I do not hold any regrets about the ones that led to setbacks. Those setbacks have helped me to refocus my mind as well as learning how to recharge my spirit and talents. It has helped me to be more clear about the decisions I make today while trying to build towards my future endeavors.

If you could collaborate with anyone on the planet who would you pick and why?

This is truly a tough question. There are so many great artists that inspire me and I would love to work with each and every one of them. I would collaborate with Sam Smith because I love his music, his vocal sound/styling and his song writing. He is bringing back music in a different light and we are similar in that way. I love R&B/Pop and soul music and I think we would make musical magic together.

You have just finished participating in a benefit for the Ali Forney Center for homeless LGBTQ youth, what was your inspiration for partaking in that?

Yes, It was an honor to participate in the benefit for the Ali Forney Center for homeless LGBTQ youth. I consider myself to be an ally of the LGBTQ community and was so happy to lend my voice and music to spread awareness for this cause. Life is all about love, unity and care. Due to the global pandemic the world has been forcefully pushed into a stagnant phase and some have it worse than others. I know sometimes, especially now, we complain about the minor things like toilet paper, paper towel and delayed shipments to our respective living quarters. Imagine having nothing to complain about because you don’t have the bare essentials to survive. There’s no running water, no shelter, no food, just nothing. That breaks my heart and when I got the call about this benefit there was no question about if I would participate, I knew that I had to help out and support.

Aside from all of these things that you were busy doing are you working on any new projects that you would like to discuss?

Yes, I am working on getting my upcoming album together and lined up for its release, hopefully, later this year. You will have to tune into my website, www.iamsayonne.com for the official album release date. I am also working on my music video for “Hot Sauce,” so I have a lot in store and I can’t wait to share my upcoming projects. My musical journey continues and you can follow along on my website [www.iamsayonne.com], instagram, facebook and twitter @iamsayonne and of course keep your eyes locked on my youtube channel @Sayonne for the amazing visuals.