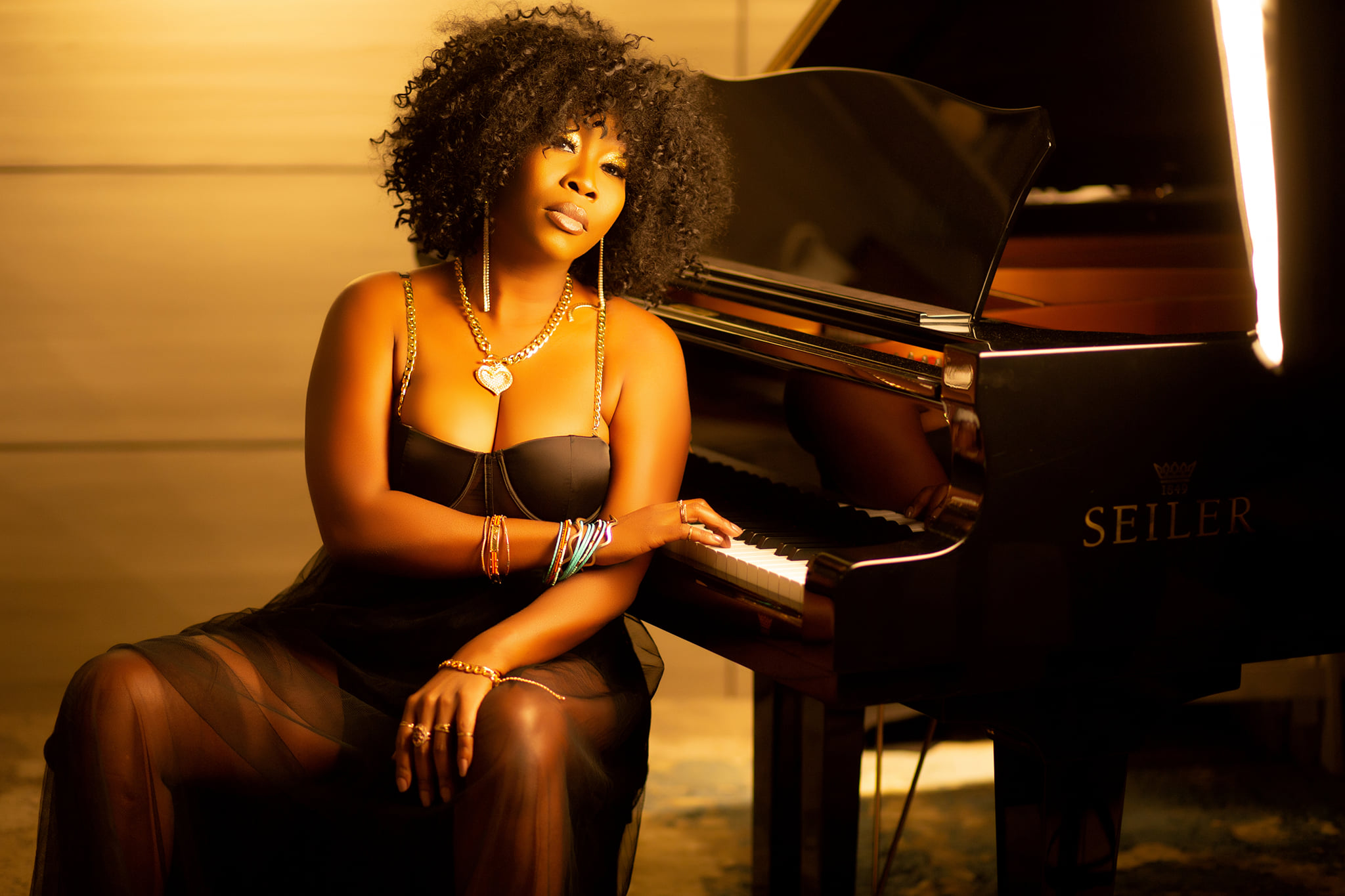 “Say Something” by Eline Fleury

It’s been a year of feeling invisible, of not knowing if our voices and our opinions are being heard. In the new song “Say Something”, the exciting singer and songwriter Eline Fleury combines seductive jazz tones and fuses them together with palpitating funk percussion. “Say Something” is a hauntingly beautiful, charismatic track that stirs to life even the most abandoned shadows. The voice of a true jazz artist, Fleury is magnetic and empowers with great subtlety. “Say Something” says it all with a hush-hush-hush.

Her voice craves to be heard, seeping through the ribbon-like movement of the backing music. The backing vocals, almost chant-like, breathing in a way that is like inhaling and exhaling with years and years of silence behind them. The ghosts of female generations long gone from this earth have made their presence known in the intoxicating vocals. It’s not a scary haunt, it’s a powerful, almost spiritual presence. Don’t shut me down…hear me out, Fleury sings. Her voice is that perfect blend of power, beauty and grace. There are slight ringlets of jaded edges, but she’s in complete-control. Her voice, though just swimming through the currents, has a freeing tone. It’s like finally coming out of the dark and seeing the light, having the self-respect and self-confidence to share your own voice. That in turn, inspires others.

In the vein of “Wade In The Water” this song holds a candlelight to centuries of struggle. I can’t swear to it, nor can I quite put my finger on the pulse, but the way Fleury sings is like church. She’s not gospel, but within her soul is a fiery (kind of like her name) spirit that can’t be blown out. When you close your eyes and feel the rhythm of the song, and feel the cadence of Fleury’s voice, it’s quite apparent that there’s an intimate conversation happening. This song bleeds like the songs of close-knit jazz bands, sequestered into a private club. Still, the chasing echoes have a solid shot at being an encore for a large amphitheater. Fleury is beguiling. She harnesses her voice, stays on track in “Say Something” and keeps the listener gripped every step of the way, every part of the journey. She transports you to a reflective space, and yet there’s something very modern about the song. I wanted to stay in its presence for as long as I could. She has resilience and it’s contagious. I wanted to keep pulling back those layers and finding more and more connections. Believe me, I did.

Fleury’s debut album is called This Woman. The album includes the tracks “Motherless Child” and “Our Father”. She gives it all in her music and it comes across so effortlessly. Outside of music, Fleury is an entrepreneur, has a degree in economics and is pursuing a nursing degree. She’s also a mother – so you know what they say, ‘if you want something done, give it to a busy person.’ Fleury surely gets it done with the poignant and powerful song, “Say Something”.

The music of Eline Fluery has been heard all over the world in partnership with the radio plugging services offered by Musik and Film Radio Promotions Division.  Learn more https://musikandfilm.com