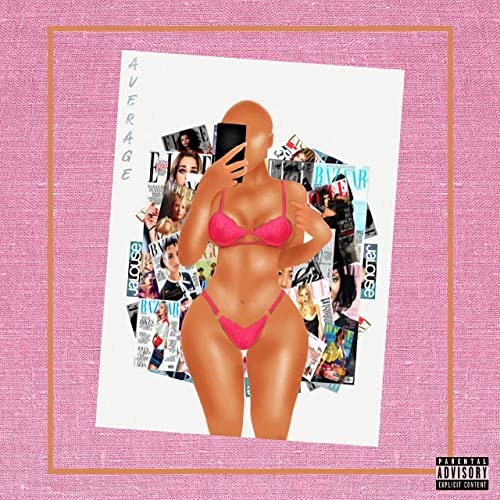 Coming together with a nimble arrangement of melodies and a slithering bassline in the background, the instrumental introduction to Sane’s debut single “Average” doesn’t last much longer than twenty seconds, but in that time the mood for the entire track will be set. Sane’s linguistic lashings are indeed the centerpiece for us to focus on here, but through the tones and liberal application of chill-inducing textures at the onset of this single, it becomes obvious just how much depth this young rapper has as a songwriter. He’s got a take no prisoners-style attitude in “Average,” which is more than can be said for a lot of the other hip-hop artists I’ve been reviewing out of the underground in the past few months of 2020.

The vocal here reflects the emotionality of the words in more ways than one, and while the tonal context of Sane’s delivery definitely forms the basis for how we take the narrative, his actual speed and precision take it a step further in making the narrative tangible to the audience. It’s obvious that a lot of thought and energy went into the structuring of “Average,” specifically with regards to the chorus, because if this weren’t the case I don’t believe there would be nearly as complicated an ascent to catharsis as we find in this mix. Everything has been meticulously designed as to keep us engaged from one verse to the next, spreading out the climax well beyond the confines of a hook inside the chorus.

I really like that Sane isn’t relying on some explosively indulgent wallop of bass and drum destruction to imply a sense of physicality in the melody and groove here, and although some of his peers would have taken the opposite route, I admire his bravery to be bold and go with this experimental style of harmonization instead. The 2010s were a modern renaissance for hip-hop, but even with the temptation to follow a trend being as strong as it is, this is a rapper and songwriter who is seemingly determined to strike out on his own in this single. He’s got a lot of moxie, but that’s exactly what his scene needs now more than ever before – especially considering global circumstances as well.

If this is just a preview of what Sane is bringing to the game in 2020, I would tell every hip-hop aficionado out there to make a point of writing his name down and keeping his music on your radar in the next couple of years. “Average” unleashes a tidal wave of tonality that nods to the surrealism of crossover trap while sticking to an oft-exploited Quality Control layout appealing to OGs as much as it is a post-millennial generation getting into the genre for the first time this summer. Sane is far from the only rapper that you need to be paying attention to in 2020, but right now, he’s the best rookie (with the best single) I’ve come across from an indie source in an exceptionally long time.