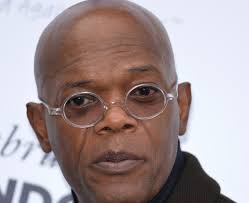 The pair has reunited for Glass, the follow-up to both Unbreakable and 2016’s Split, and Jackson admits he’s been waiting for years to get the project off the ground.

“I’m always looking for my next job!” the actor smiled during a joint interview with Shyamalan on U.S. breakfast show Good Morning America. “I’d just ask him politely, ‘Are we ever gonna make this other movie?'”

“(It was) sort of polite,” Shyamalan laughed. “He would add his traditional expletives… (make it) a little spicy!”

Jackson confesses he would usually reach out to the filmmaker when he was in between gigs: “It all depends on if I knew what my next job was or not. If I didn’t know, I was more desperate to get him to make this movie.”

Little has changed in Jackson and Shyamalan’s relationship between the making of the two films, and despite becoming closer collaborators, the director reveals he still gets intimidated by the Avengers star’s presence.

“He’s always had this swagger… I guess when I was 29 when I was directing you (Jackson), I was super (intimidated),” he shared. “I’m still intimidated by him!

“When he comes on the set…, I’m the super nerdy Indian dude on the set, he walks in… everybody stops. I’m all confident, exactly what I want to tell him, and then he swaggers his way onto set and I just lose every (thought), I start stuttering. He’s just an amazing presence.”

Shyamalan also has high praise for how Jackson has mastered his art over the years: “I would say the difference in these 20 years is… he’s become an amazing craftsman as an actor,” he continued, “and when we started on Glass, he came and he approached it like a play, and he had all these questions, and we talked through all the intricacies of the character, why he was saying this, why he wasn’t, and that’s why I like theatre-trained actors, because their craft is so high.”

Glass marks Shyamalan’s only proper film sequel to date and he doubts there will be more.

“This is probably the one and only time I would do this,” he said. “I like to make up new things and new characters.

“Everyone’s been asking me this (if there will be more sequels)…, I’m gonna say no for right now.”