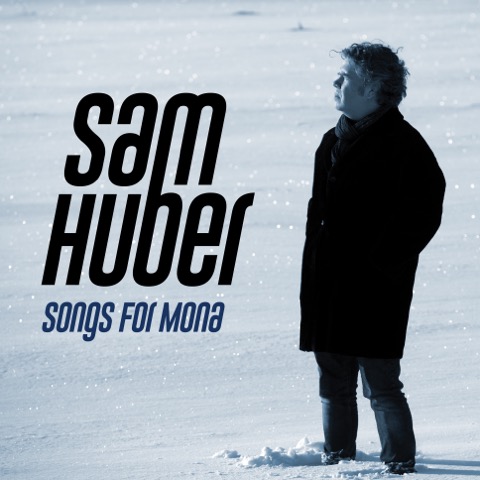 Helsinki soul, jazz, funk sensation Sam Huber has just unleashed his newest album on True Groove Records, entitled “Songs For Mona.” The album is a tribute to his mom’s passionate, breathe easy musical taste. Huber’s velvet baritone voice, and unique cover arrangements along with his emotional delivery of songs by artists including George Harrison and Cheryl Crow assure that there is something for everyone to gravitate to.

Sam Huber is an actor who often writes scores and performs in musical theater, as well as a being a songwriter, musician and singer who enjoys a diverse variation of genres. He has been celebrating music all of his life with the dream of performing every style of music known to man. His performances are flawless, lively, compelling, and triumphant. 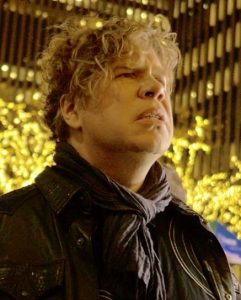 I had an intimate conversation with Sam who was charming, candid, humorous, and thrilled to be in New York, which he calls his second home…..

You are an actor as well as a singer. Which came first?

Professionally I would say acting came first. I graduated with Theatre Acting school in 91. I started to work professionally as an actor and music was more of a serious hobby of mine. On the other hand, I’ve been doing music since was nine. I took private classical piano lessons from the age of nine to 18. I played in different bands, but I didn’t want to make music my profession yet because I was afraid that I would lose my love for music. But then this band called “Eternal Erection” that I was in became so successful, and I realized that I was now doing this as a profession and I still didn’t lose my love for music. So now I do both. I would say 60/40, 60% music and 40% theater.

So you are also a musician then as well?

I play keyboards, that’s my main instrument. I have a classical background, but I never got into serious concerts or playing like that. I learned how to play the keyboard and that was my goal. My first real band was Nu Wave / Punk. I played a lot of underground stuff and then with “Eternal Erection” I played a lot of funk, with a mixture of rock. Now I’m doing my solo thing. I also have a jazz band in Finland and an electronic band. The electronica band is called ELK, and we have released two albums. The jazz band is called, Aulanko, which is a finnish wordplay on the word Aula that means lobby. So you have easy listening, lobby music. That’s a side project. It’s a place for me to croon, like Sinatra. Basically, I have this dream of playing and going through every genre, having a band for every genre.

That’s a cool dream to have, keeps life always exciting. You have very diverse taste in music but is there any music that you prefer?

I love all kinds of music. I don’t have any special genre that I like better than the other. I listen to a lot of modern electronic music these days. Then also oldies, goldies and jazz and sometimes even classical. Mostly it has to have a groove. It’s got to be groovy in someway. Recently I’ve been listening to Radiohead, Bowie and also a lot of hip-hop.They are all very different.

Congratulations on your new album, “Songs For Mona.” So I’m sure everyone is dying to know, who is Mona?

It’s my mother. She is always telling me that she likes the jazz band a lot and she wants me to do more of that soft and easy listening, mellow, jazzy kind of music, with a low voice, not to pushy, and relaxed. I want to do all kinds of stuff and not just be stuck on that. But that’s her personal favorite, so this album that I had spoke about with my producer Tomás, from True Groove Records, is kind of mellow. They aren’t ballads, but slow songs and covers.

It’s kind of funky and soulful.

What’s next for you as far as projects go?

After this I’m doing theater and music. “Eternal Erection” went on a break but we were playing together for 24 years. So now we are doing something new. The core band members of the group, the guitarist, the drummer, bass player and me are now starting a new band. The first gig is going to be in July, and we don’t even have a name for that band yet. We’ve recorded a couple of songs that Tomás came to Finland and produced. We are going to release that in the fall so when we have a name for that then you’re going to hear more about that project.

That was the guitar player. The name was of course more of like a joke and it existed before the band. Then when we thought about the name for the band we decided that the name would fit the music perfectly. It’s a good and a bad name. It opens some doors and closes others. People remember that name and that’s a good thing.

If you could have your ultimate stage fantasy what would you need to happen?

It would be to perform with all my biggest idols. Prince is unfortunately dead but of course in my fantasy he would be alive. I would do a gig with him.

We could resurrect him for you for your fantasy.

Let’s start with Prince then. Then George Clinton and Larry Graham would also be there when we would all have a jam. Actually, I was on stage with Larry Graham once in Finland. He had a couple of gigs there and I went and saw all three of them. In the last gig he had a part of his show when he invited the audience up on stage to jam with him. Usually I don’t do that because I’m afraid to embarrass myself. But then my friend kicked me in the butt and insisted that I go up there. He told me to take the risk. So I went up there and sang a couple of things with Larry and he really seemed to like it. Actually, you can find it on Facebook on my artist page. Larry Graham and George Clinton were really big influences for Eternal Erection. We used to watch the early 70’s Houston gigs with Funkadelic Parliament and we really gained much influence from them.

If you could have me ask you any question in the world what question would that be?

Actually, you’ve already asked me that which would be regarding the kind of music that I like. I love all kinds of music. No genre is strange to me. I like all kinds of music. As long as it’s good in my ears and feet. I don’t want to be stuck in one genre. That’s good and sometimes it’s bad. If people want to label what kind of style you are, it’s hard. But it’s all a mixture of all the things I’ve heard through my life.

Along with that last question, we’ve just written the soundtrack of your life, what songs are on it?

I would imagine if I were on a deserted island and I had to choose one band and I could have the whole catalog but nothing else it would be The Beatles. Never get tired of them. Some bands you listen and get tired of their music but I don’t think I could ever get tired of The Beatles. It doesn’t matter if it’s early or later Beatles, they’re all good. There is a Finnish band called Hurriganes. They are a straightforward rock ‘n’ roll trio. The Beatles were the first band I listened to but the second was Hurriganes. I think I was nine. I was playing with my friend at his home and for some reason I was standing on the sofa. The radio was on and a Hurriganes song called “Get On” started playing. I stuck in my movement because I had never heard anything like that. That was my first experience with hard rock ‘n’ roll and my feet started to shake. I was so excited it was like losing my virginity musically. Something happened. Something just exploded in my mind. After that I also discovered The Beach Boys. When I wanted to listen to mellow stuff, I listened to The Beach Boys, when I want to listen to rock ‘n’ roll I listen to the Hurriganes.

You really are very musically diverse.

I would say I’m very eclectic. I would say that’s my strength but also sometimes it’s a problem. I sometimes think I should stick just to one genre and do that. But that’s boring.

I agree and if you can do it all, why not?

I do almost everything except tango, especially Finnish tango. It’s very tricky for me. Finnish tango is more for the Finnish speaking population. You have to be engulfed in the culture and I am from the Swedish speaking minority in Finland, the Finn-Swedes. There is a cultural difference there. The Finnish Tango is different than the Argentinian tango. It’s not as dramatic, it’s more sad. It’s more like blues.