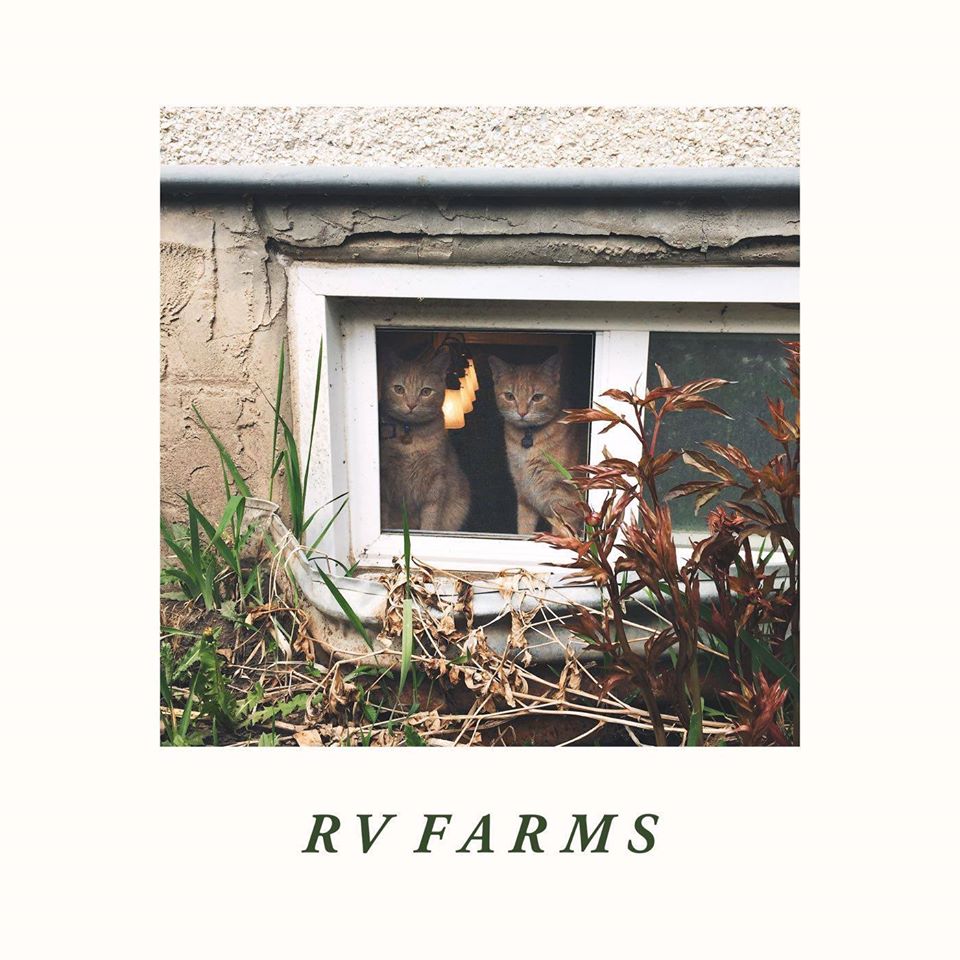 Note to self: the RV Farms’ Facebook page is not @RVFarmsTN. That’s actually a farm in Clinton, Tennessee. RV Farms the band, well their Facebook handle is @rvfarmsmus. Now that we have that settled, it’s time to talk about this Canadian band and the richness in melodies and foggy guitar riffs on their self-titled 10-track album. It’s a mellow mix of what they self-describe as music that “reveals itself like a puzzle. RV Farms’ create pop music presented as a secret, intimate confessions that still offer a sparkling presence.” I couldn’t agree more that this charming, quaint band from the North is an escape from formulaic music.

If surf music is associated with California coastline, or Bruce Springsteen encapsulates The Garden City credo, then RV Farms’ songs are the tranquil tunes of the Gateway of the North. RV Farms’ call to mind the longing sound of a band like The Shins. It’s very indie rock and starts out very strong with the first track “Starting Again”. The energy to this first song is slow moving. It has moments of indie rock, softer guitar licks. It also has whispers of country, roots flare. Supposing one closed their eyes and imagined the rolling prairies in the North, this song feels like a perfect starting point.

Tracks two and three (“Find Legs” and “All I Need”) are slightly similar in scope. RV Farms have a definitive cadence and presentation and they do an excellent job of varying what they present without losing their core appreciation. The fifth track, “Mae” is a peculiar tune, but a good one, nonetheless. The crunchy guitar riffs are stoic. Under the music bed is some background chatter, but otherwise it’s an instrumental. It makes for an interesting intermission of sorts to bridge to the next half of songs. It’s a bold move.

The steel guitar work in track nine, “Better Than Nothing” stands out, too. Lyrically this song feels like a great story is unfolding, but it took a few listens to get clarity. The chorus though is strong. The vocals don’t quite match the soaring melodies (like The Eagles), but it’s a flavorful song and creates an interesting depth between the guitar and percussion arrangements. The previous track, “In The Same Way” is a fun jaunt, and the final track, “Shoe” is a great ending.

Overall, fans of MGMT, The Shins, Band of Horses and even The Decemberists will want to take a peek at RV Farms for their musical libraries. They have pulse to them that feels very organic. With modest vocals and laid back music beds, these songs pull the listener into a whole new level of imagination and music appreciation. They charge forward with the sounds at just the right time and pull back the chords when it’s needed. They are great at self-producing! It’s nice to hear a band actually making new music without the use of fabricated synth measures. Don’t let their name fool you, RV Farms’ music is modern and stunningly authentic.