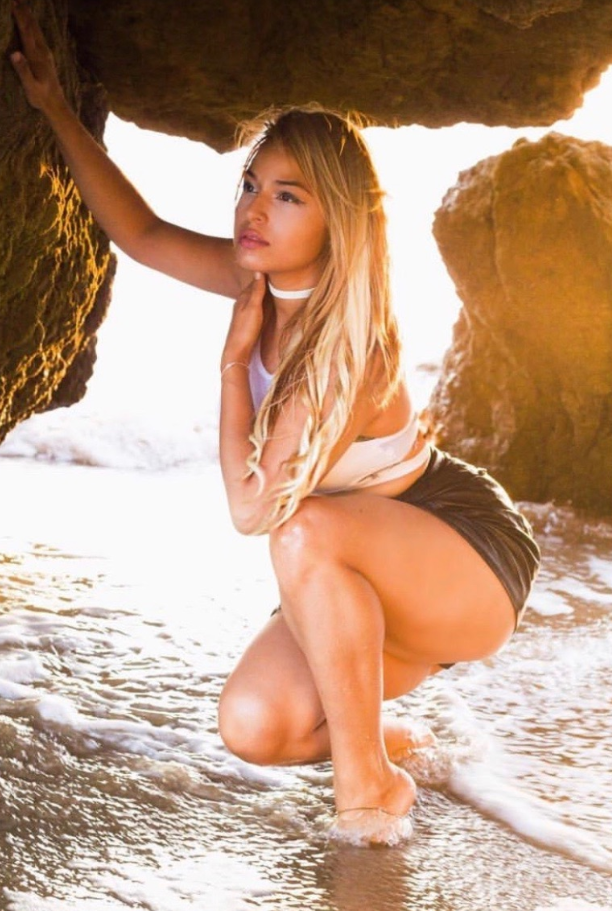 “Run Away” by Amanda Holley

When your swagger is on-point, it becomes the soul of the material you’re recording, and this is all I could think of when listening to the new single “Run Away” from the talented Amanda Holley this week. Rather than masking her confidence behind a brooding harmony and allowing for catharsis to only come forth in the climax of the song, Holley takes a pleasurably surreal center and spreads it across the whole of the track in “Run Away,” making every second of its nearly three-minute running time feel like an extended-release of angst. She’s got an attitude that tells us right from the jump how cocky she can be in the right scenario, and this is one where her demeanor is hardly unearned.

Holley’s singing is endearing but not overwhelming to the beat, and she delicately tailors her vocal around the groove of the bassline as opposed to setting up the rhythm of the song all on her own (as we’ve seen in popular trends lately). She’s being a traditionalist in the sense that she wants us to feel the pulse of the instrumentation much as we would her voice, but the fact that there’s no refrain from the constant stream of dreamy harmonization in this mix makes it hard for me to call this a conventional pop song in any way.

Where a lot of her peers are dependent on a hook to create a chills factor in their music, Holley goes out of her way to turn up the vibe before we ever get to the halfway point in “Run Away,” again setting herself as far away from the competition as possible. A lot of critics might get on her case for being so willing to utilize indulgence, but relative to what everyone else is doing, it’s too original a feature in her sound for it to be changed in my opinion.

If Amanda Holley is not already on your radar this July, you’re not listening to the right kind of pop music at all. Holley’s mesmerizing development of the melody in this piece alone makes “Run Away” a really hard song to get out of your head once you’ve heard it all the way through, but from a compositional standpoint, it’s impossible to hear this track and her previous work and not notice how good she’s getting at every aspect of her career. Overall, I think I can speak for most pop critics when I say that I like what I’ve heard so far.