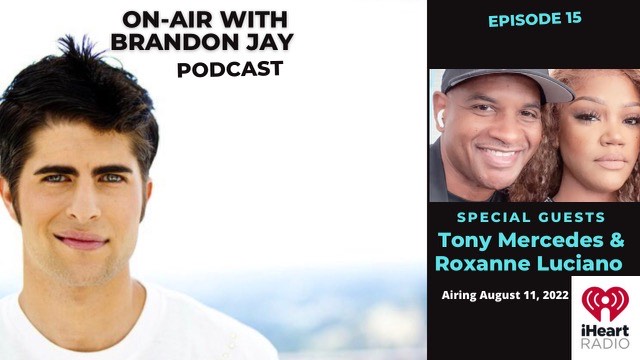 Originally from Columbia, SC, Brandon got his break in Radio on WXRY 99.3 FM having his own on-air countdown show, playing songs from Maroon 5, Goo Goo Dolls, and Jack Johnson.

His content has been featured on national/international outlets such as TMZ, Daily Mail, Hollywood Unlocked, Ok Magazine, Yahoo News, Getty & Wire Images and Medium just to name a few.

You can listen to On Air with Brandon Jay on all platforms.

Roxanne Luciano was Born in Atlanta, but raised in L.A. and is an artist to keep a watchful eye on in 2022 and many years to come. Roxanne Luciano is a sure bet to bring some sick energy back onto the dance floors and into our living rooms across America! Her mass appeal, driven by high energy beats and dope lyrical delivery, will no doubt guide Luciano to eventually become a global crossover artist.

It should be no real surprise that Roxanne Luciano is heading down this musical path, as she is the only daughter of 90’s music industry mogul, Tony Mercedes.  For those too young to remember, Mercedes burst onto the music scene in’92, prior to Luciano’s birth, with the mega Booty-Bass anthem, “Dazzey Duks” by Duice.  Mercedes was also the liaison responsible for bringing “Dunkey Butt” (12 Guage) & Tag Team’s “Whoomp! There It Is”, to both Scotti Brothers & Bellmark Records respectively. He later became an Executive at LaFace Records, where he would go on to work with the likes of TLC, on their mega-hit “No Scrubs”  which interned also gave him ownership of Ed Sheeran’s  mega hit “Shape of You”

To hear the full interview with Roxanne Luciano and Tony Mercedes Tune into iHeart Media .