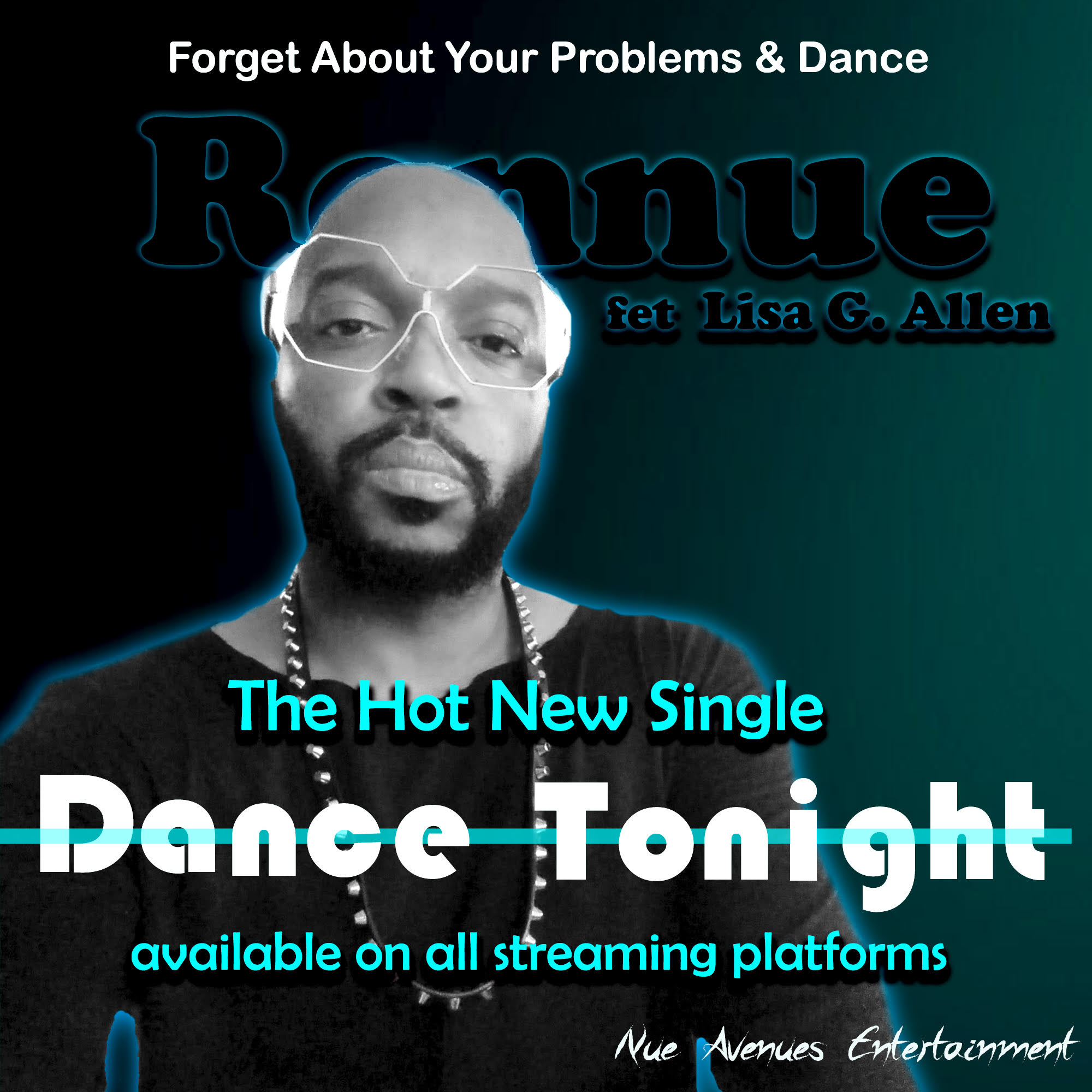 Led by a sizzling groove that grows into a beast before we ever know what to do with ourselves, the radio edit of Ronnue’s “Dance Tonight” puts guest collaborator Lisa G. Allen at the forefront of the mix beside the man of the hour himself, the two of them working off of a beat that could make anyone a fan of their sound. This version of “Dance Tonight” is, as you can guess, the most radio-ready of the four cuts Ronnue is releasing this season, but it doesn’t sacrifice any of the tonal pleasures the composition calls for in the name of satisfying mainstream demands at all. This is a tribute to all the nights we spend getting down on the dancefloor and not the plastic frills that come with most contemporary pop.

The instrumental “Dance Tonight” is where we get to take a closer peek at the mechanics of the arrangement and, more specifically, the flow of the music as it comes together without Ronnue in the booth, and I must say it’s not nearly as appealing as the tracks featuring vocals. There’s just something so lustful about the voice this man has, and when it’s placed in the circumstances we find it in here, his is a verse that anyone within earshot wants to cling to – even when it’s not the main attribute in the song. That really says something about his skills and the way he’s been putting them to work in his music over the last couple of years.

Allen’s handiwork is less physical in the dance mix than it is the radio edit, but her voice definitely has an emotional influence over how we break down the lyrics Ronnue sings in this cut of “Dance Tonight.” It’s amazing how much we can really learn about these two just from listening to the four different renditions of the same song they just recorded this spring, but to be fair, the main artist in the byline has always been known for his multifaceted releases. The acapella version of this track is stripped-down to vocals exclusively, and yet it’s just as full-sounding as any of the other mixes here. The reason why? Synthetic elements will never compensate for the magic an unfiltered melodic wit like Ronnue’s can yield.

I was into this artist before I heard “Dance Tonight” just yesterday – ahead of its official release – but I think it would be wise to wager something hefty on his gaining a much stronger following if this single gets into the hands of enough listeners to the south and east of Seattle this year. This is a great way to get back into the vibe of living in a non-pandemic world, and whether that was the goal Ronnue had in creating it or not, I think this will largely aid in his ascending through the indie charts and getting some of the recognition from international critics and nationwide fans that has evaded him thus far in his campaign.