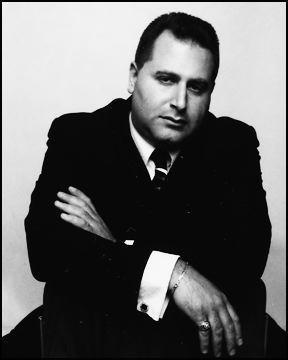 Ron Kerner Demonologist installed as Vice President of The Paranormal Hall of Fame.

Ron has multiple degrees in demonology and paranormal phenomenon. Kerner is schooled in all major religions and the history of the occult.

He is an ordained Rabbi and is also a master of the dark arts and demonic worship.
A master of ancient prayer including Latin, Aramaic, and Hebrew.

Fearless, he is capable of summoning, manipulating, and trapping demons and demonic entities. He can use to do his bidding and can control them.

To date, Ron has trapped and bound numerous demons and dark entities to various vessels.

The Paranormal Hall of Fame organization was formed to give thanks and credit due to people in the paranormal industry, in all genres of the paranormal, both past and present.

The Paranormal Hall of Fame is a factual / merit-based system (recognition of a person’s achievements) for all inductees in a variety of genres and categories.

Our researchers/vetting look at the factual merit of the individual, invention, contribution along with documented proof much like forming a Wikipedia page.

The Paranormal Hall of Fame was created to preserve the facts and merits of the Paranormal industry for generations to come.