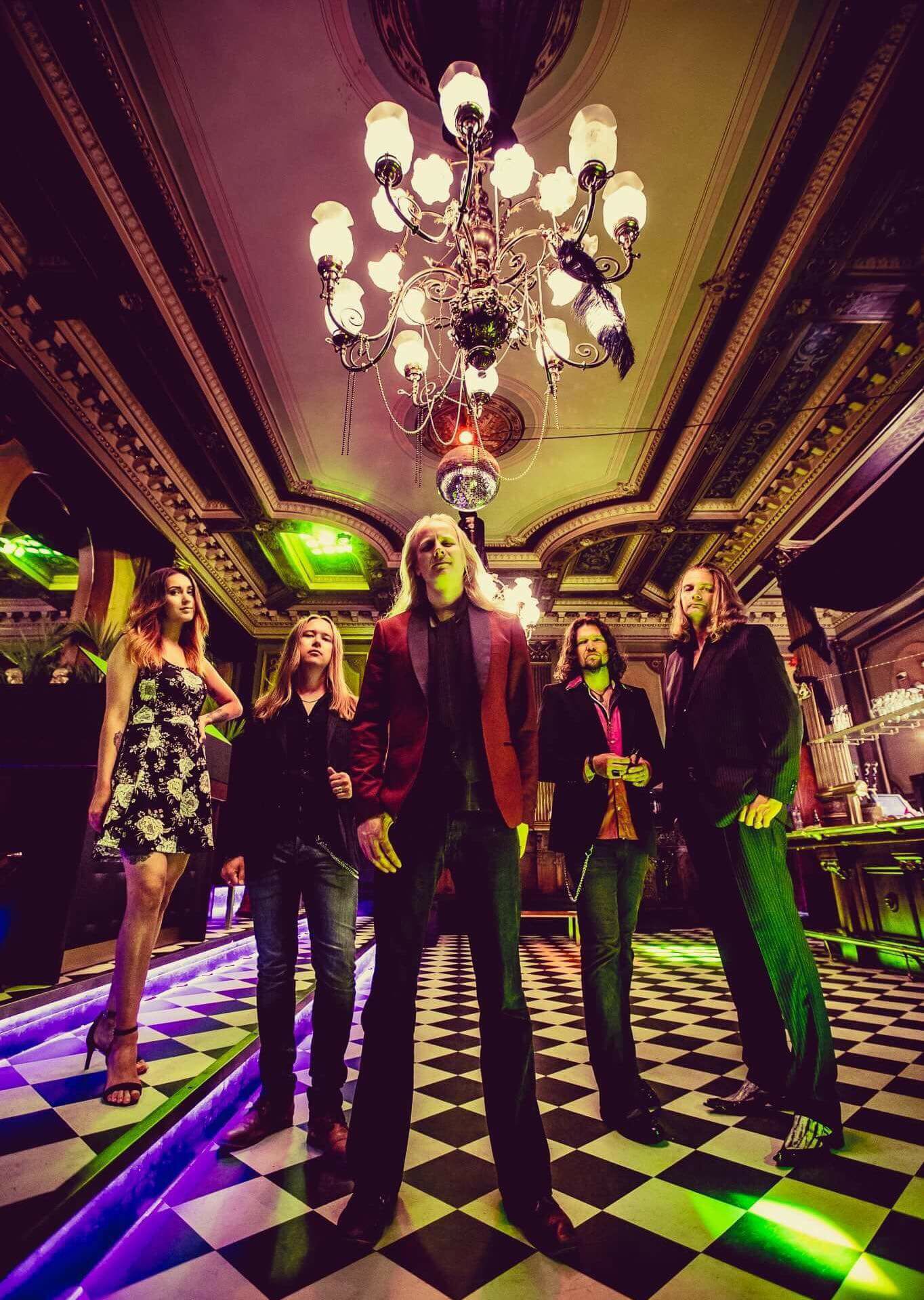 When it comes to great music made with great intentions, there’s no use looking beyond Willie and the Goodsouls. Based out of Finland, the band has been steadily releasing music since 2014 and their latest release is coming out solely under their name, eponymously. The music they can pull off feels equally indebted to the acts of Otis Redding, Jimi Hendrix, and AC/DC (as cited by lead singer Ville Vesalainen in a recent interview) as it does to the overall concept of modern rock in reality versus modern rock in expectations.

The general state of contemporary rock music feels almost too inconsequential to even fully think on; of course, there’s the always bubbling indie scene soup, just waiting for a big name to burst from its broth, and then there are the last remains of 00s alternative taking its last breaths in the form of comeback tours or collabs with electronic artists, for some reason. Very few bands exist in a form that solely wants to perform rock ’n’ roll, and that’s precisely where Willie and the Goodsouls fit into the equation.

With this eponymous release serving as their third album as a band, I had not fully experienced Willie and the Goodsouls without looking through their prior two albums. I was pleasantly surprised as the projects offered continuously straightforward rock, albeit slightly less polished and more blues-driven the further back I went. There was a certain bigger picture at work, as the band only continued honing their sound to a total, refined state of being an actual force of rock ’n’ roll. Within their discography, Willie and the Goodsouls (2020) functions as their strongest effort yet, containing a wide variety of experimentation with songs that feel more genuine and straightforward in the first track on the LP, “Sounds,” pitched against things like “Oh My What a Dream,” that offer up a smooth, velvety callback to the southern rock stylings of bands akin to Lynyrd Skynyrd.

Following this is the poppiest track on the album, “Future.” It hammers the country-rock aesthetic home and gives listeners a fun amount of catchy melodies to chew on, complete with a harmonica. Another notable track comes from the finale of Willie and the Goodsouls; “Worlds and Ya-Ya’s” feels like a modern spin on REO Speedwagon, offering up a contemporary approach to the staggering rock ballad. The song closes the self-titled project out perfectly as it gives each member a chance to fully take a much-earned victory lap through various musical flourishes.

There’s nothing cheap or shallow about Willie and the Goodsouls, and their music deserves the chance to speak for itself as it stands the test of time. There are plenty of bands that came before Willie and the Goodsouls that worked within a similar wheelhouse, but I can’t think of many that are working today with the same tools and sounds. Carrying the torch is a tough job, but the faith that a band from Finland will be able to deliver genuine rock music until someone else rises to the challenge and continues the trend will be something to see.